More than a thousand promising students joined ITMO this year — each with his own goals and ambitions. We've decided to get to know them, so we talked to Yuri Bondarchuk, a freshman for the Computer Technology Department, who shared his own experiences before ITMO and his plans for studying here. 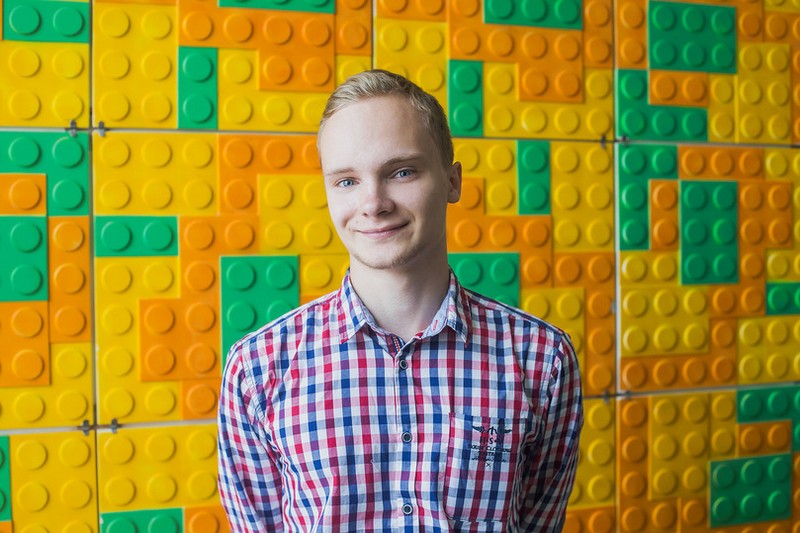 What projects did you participate in?

This year, I took part in a programming summer school organized by the University of Central Florida. I had a choice — either to spend time studying Java or make games on the Unity engine. I chose Java: I already knew I'll have to deal with it during my second year at ITMO University. Every second day, we studied theory, on the other days we put it into practice, and after these two weeks we had to present a complete project. The task for the project was to be chosen from a list; they also gave us a manual as an aid. Obviously, it was in English, so, as I was reading it, I decided that it would be a good idea to make it easier to understand. I discussed this idea with my curator and decided to use the idea for my project. As a result, I've developed a prototype for an application that checks a text and replaces complex words with simpler synonyms.

Is it a console app or does it have a user interface?

Yes, then we had very little time so I made it for the console. Then, when I got home, I made a graphics interface, and I have continued to develop it since. You can find the project on GitHub.

From where does your app take words?

There is a dictionary that can be used to get synonyms via an API request. Then I choose those that would be the easiest to understand — I have a separate database where each word is indicated by the frequency of its use. From this database, I choose the synonyms that are used most frequently. Of course, there are drawbacks to this method, as in some instances you can't use synonyms, but I'm working on it.

How did you decide to become a programmer?

I took up programming in my 7th grade — first during my Informatics lessons, then, after 9th grade, I started to participate in different contests. I thought then — what do I want to do more, getting ready for the Centralized Testing (Unified State Exam in Belarus), or programming, and focused on the latter. In the end, thanks to Belarus National Academic Olympics and Open Academic Olympics in Moscow, I got into ITMO.

I think everyone who's ever participated in different contests know of such platforms as TopCoder and Codeforces, and I'm no exception. I took part in the regional round of TopCoderOpen that was hosted at ITMO University, but I'm not OK with my results — I have to work more and improve them. During my studies at ITMO, I want to continue with competitive programming: that is the thing everyone who dreams of studying under Andrei Stankevich does; I want to get into the ACM IPC team as well. At the same time, I do understand that I'm not going to do it for my whole life; still, competitive programming gives you a particular mindset, and these skills will be of use in industrial programming. At the same time, I plan to participate in regular projects and contribute to OpenSource, as that will also help me get my dream job.