Understanding Vaccines: Types, Tests, and Choosing the Right One

COVID-19 vaccination is currently one of the most discussed topics in the world with people closely tracking the number of fully vaccinated citizens in every country. The vaccination campaign undoubtedly has its results: death and hospitalization rates are on the decline, allowing governments to gradually lift pandemic-related restrictions. However, vaccination is still plagued with quite a lot of myths and rumours that result in scepticism towards all vaccines, including those against COVID-19. In this article, ITMO.NEWS and Anton Gopka, dean of the Faculty of Technological Management and Innovations and general partner of the ATEM Capital biotechnology investment foundation, delve into the process of developing a vaccine and explain how researchers managed to produce the vaccines against the new virus so quickly. 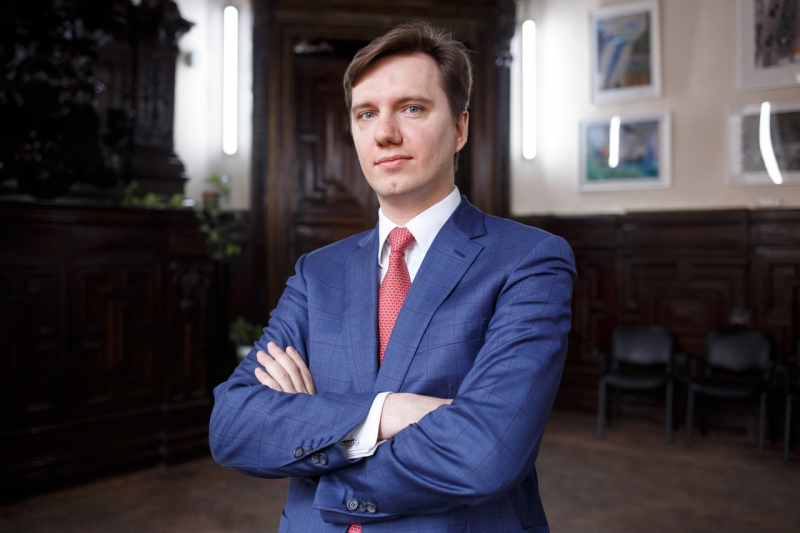 Vaccine development is one of the most challenging and demanding fields of pharmacology because millions or, in the case of the novel coronavirus, billions of people will get their injections. Moreover, oftentimes vaccines are meant for vulnerable age groups, such as toddlers (e.g. the whooping cough and measles vaccines) or elderly citizens (like the coronavirus vaccine).

Finding a promising vaccine solution is actually the shortest step in the process and lasts several months (though sometimes it can still take years). Next, this solution has to be tested multiple times – first, in preclinical trials that confirm whether the drug protects model animals from the disease and is reliably safe.

Then, in Phase I of clinical trials, about 100 volunteers receive the experimental injection, which is meant to verify that the vaccine is also safe for humans. During Phase II, researchers choose the right dosage of the drug, while the subsequent Phase III entails tests on a large group of people – with part of this group receiving placebo treatment. Afterwards, when the researchers have gathered enough data about those test subjects who caught the infection, this data is analyzed. If the majority of those infected are in the placebo group, then the new vaccine is considered effective.

“Usually, it takes about 10-15 years to develop a vaccine, as researchers need to run all the tests to prove that their drug is both effective and safe for millions of healthy people,” explains Anton Gopka.

As we know, it took researchers about a year to develop vaccines against the novel coronavirus with companies and research institutions offering solutions with different principles at their core. Nevertheless, Anton Gopka considers the existing data from experiments (though they are still ongoing) sufficient to prove the effectiveness and safety of world-acclaimed vaccines at this stage of trials.

“The majority of vaccines against coronavirus are based on already known platforms the safety of which has generally been confirmed,” adds Anton Gopka. “At the launch of the vaccination campaign, the authorities of every country took into consideration the balance of risks and benefits. Vaccines are meant to prevent acute cases of disease and for many vaccines this effect reaches 100%. As for side effects, they are common for any vaccine and usually pass within two days. Every case of severe side effects is registered and analyzed, which is the reason why we hear so much about them from the media. If the risks were considerable, regulatory agencies would’ve stopped the vaccination campaigns – such temporary halts for a deeper data analysis have been known to happen. Trials and research are ongoing for the majority of vaccines.”

As said above, vaccines have different principles at their core. The most widespread are inactivated vaccines, for which the virus is first grown in a laboratory and then killed by heat or chemical treatment. Despite that, however, such viruses can still train the immune system to identify and fight them. This principle is used, for instance, in the vaccine made by the Chinese company Sinopharm or in the CoviVac vaccine produced by the Chumakov Federal Scientific Center for Research and Development of Immune-and-Biological Products of Russian Academy of Sciences.

A definite advantage of this technology is the well-studied mechanism at its core, as many other vaccines already employ it. However, there are disadvantages, too: working with a “live” virus is dangerous, which is why such vaccines can only be produced at certified facilities.

“Even though this is a classic technology, another Chinese vaccine, Sinovac-CoronaVac, has demonstrated about 50% effectiveness during clinical trials in Brazil, while the efficiency of the Sinopharm vaccine is under 80%, according to its developers,” adds Anton Gopka. “As for the Russian solution, I haven’t seen any data yet.”

The second type of vaccines is based on artificially synthesized fragments of the virus, usually peptides, which enter the human body at the injection. The body identifies them as foreign and learns to fight them. An example of this approach is the Russian EpiVacCorona vaccine developed by the Vektor Center of Virology and Biotechnology.

“Here, the main risk is insufficient effectiveness because it’s not enough to introduce a fragment of the virus into the body; you also have to provoke a reaction from the immune system,” comments Anton Gopka. “On the other hand, such vaccines are usually rather safe. The most widely-known authorized vaccine against the coronavirus based on this technology is produced by NovaVax and was demonstrated to be highly effective. There is not a lot of data on the Russian vaccine yet.”

The most innovative vaccines are those based on a virus's genome. Researchers insert the gene of the viral protein into a carrier – a nanoparticle or another virus (for instance, the Russian Sputnik V uses a deactivated adenovirus). Upon entering the organism, the carrier causes an immune response and delivers the viral gene to cells, which start producing viral proteins based on this gene. As a result, the immune system not only fights the carrier but also trains to neutralize the new virus.

“Such vaccines recreate the process of the actual infection because they make the human body produce the viral protein,” explains Anton Gopka. “This differentiates the technology from the peptide-based one, where the protein is created artificially and thus the immune response can be different from a natural one. A second advantage of this technology, which is relevant in the case of the coronavirus, is the opportunity to quickly alter the vaccine by changing the viral protein gene. Naturally, such an edited vaccine will have to be tested anew, but it will still have a high probability of success.”

Three vaccines based on different technologies are currently available in Russia. According to Anton Gopka, the variety and competition between the existing vaccines are a good thing, because this way healthcare specialists and patients can choose the best option for each case. At the same time, we need to keep in mind that among the three, Sputnik V has the greatest amount of data published.

“It is the only Russian vaccine that has had its results published in The Lancet, a prestigious medical journal,” adds Anton Gopka. “It naturally makes us trust Sputnik V more than other Russian vaccines. Moreover, it is authorized by many countries around the globe. As for other vaccines, let’s hope for new publications. Actually, the main reprimand for the Russian vaccine manufacturers is the insufficient amount of information they have revealed. Though we have to understand that our state research institutions are not commercial companies like Pfizer or Moderna, which handle billions of dollars and thus simply must regularly report on their activity, it would’ve been great if Russian pharmaceutical companies (not only vaccine developers) adopted the same transparency standards. That’s why science communication is of top priority at ITMO. Unfortunately, however, it’s impossible to bring these two [pharma companies and scicomm] together yet.”

The development of the new vaccines against the coronavirus has demonstrated the advance of science. It was a leap in quality brought about by the progress in bioinformatics, applied genomics, pharmacology, and big data. Thanks to the rapid sequencing of the coronavirus genome, it was possible to quickly create testing systems and vaccines.

“For the first time in history, a vaccine against a virus was created within the first year since that virus was discovered,” marvels Anton Gopka. “It’s unprecedented, it’s a great success for humanity. Researchers managed to do something that would have been impossible only a couple of years ago.