How Realistic is Space Travel in Movies

Faster-than-light travel, teleportation, wormholes, and black holes – in sci-fi movies and books, these means of travel are popular, but how realistic are they? ITMO.NEWS asked Stanislav Baturin, a scientist from ITMO’s School of Physics and Engineering and an ITMO Fellow to discuss space travel tropes from the scientific point of view. 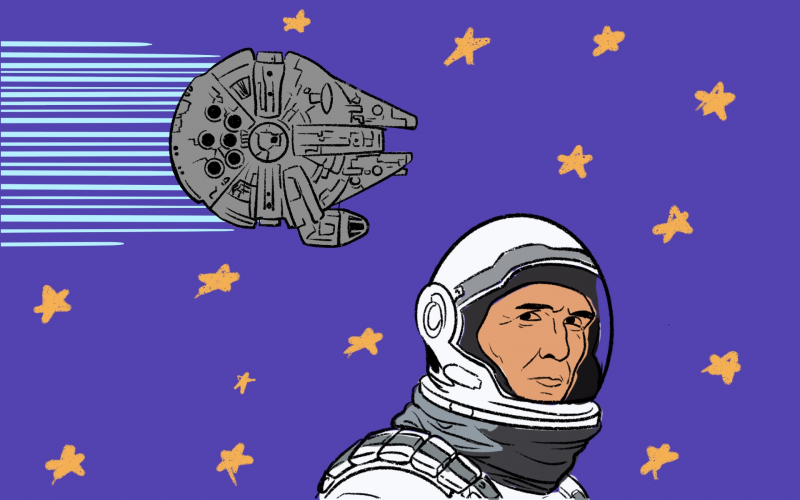 What are the challenges of long-term space journeys?

Space tourism is already real: the American company SpaceX offers flights to near-Earth orbit to all those interested. There are ambitious plans to establish regular flights to the moon and back, but for now, actual interplanetary tourism remains a dream.

In order to develop this field, specialists will need to solve two key problems. Firstly, how do you design an engine capable of reaching near-light speed? As the speed increases, the ship will become heavier and, at some point, it will become impossible to accelerate further. Secondly, while traveling to Venus or Mars without reaching the speed of light would take 34 and 49 days (correspondingly), a trip to Jupiter and other faraway planets might take over 640 days. How do you make it safe for the passengers, in terms of both physical and mental health? Few are capable of staying in confined spaces with other people for such long periods of time.

Why can’t spaceships reach the speed of light?

As of now, we only know how to accelerate to near-light speed small particles like protons, electrons, and some others. But even this requires a huge amount of energy. For example, the Large Hadron Collider – a circular accelerator 27 kilometers in diameter and 100 kilometers in length – is powered by several power stations with a total wattage of over 200 MW. It’s hard to imagine how big it would have to be to launch a rocketship.

What about traveling through black holes, like in Interstellar?

No one knows precisely how black holes work because no one has ever been in one. All we know is that they’re supermassive complex objects. There’s a theory that was partially confirmed by telescope observations, but no current or prospective automated tools nor expeditions for their exploration exist. We used to think that light can’t escape black holes because it’s captured by their gravity field. However, in 2021, a scientist from Stanford University managed to see light behind a black hole. There are many discussions on what would happen to a person who would enter one, starting with religious ones (what would it mean for the human soul?) to physical ones (where would the person go, if they would?). For all we know, you can only expect to become a part of the black hole’s energy.

Is it possible to travel through a wormhole?

Wormholes were theoretically predicted by Albert Einstein and Nathan Rosen but as of now, scientists haven’t found any. To understand what those are like, imagine a piece of paper that represents the space we live in. If we could fold it in half and pierce it, a tunnel of sorts would form – and that’s what they call a wormhole. Hypothetically, using this shortcut, a spaceship would be able to travel from one part of the universe to another much faster, as compared to flying all the way around. But this would require reaching near-light speed and the ability to detect a wormhole in the first place.

Teleportation requires the application of quantum mechanics. Even though, according to Louis de Broglie’s hypothesis, we as macro objects can manifest wave and quantum properties, it’s extremely hard to apply these features in practice. For example, one of the key quantum effects is tunneling. Imagine a cup that is a quantum object and is able to tunnel. If we throw it and it hits a wall, according to quantum mechanics, it should go through the wall and appear on the other side. As we can understand, that’s not actually going to happen. But if we get lots of cups and throw them for a long time, one of them might make it through the wall – though it might take longer than a lifetime. And we should also keep in mind how solid the wall is. However, it’s a cup we’re talking about – similar experimental attempts to tunnel a human being would lead to hospitalization. It’s even more complicated in the case of quantum entanglement, which is also related to teleportation. It’s easy to entangle a person with something, but to entangle them in quantum science’s sense of the word is quite a challenge.