The editors of the journal Light: Advanced Manufacturing celebrated the 60th anniversary of holography’s invention with a special issue that brought together the world’s top-notch experts, including specialists from ITMO’s Laboratory of Digital and Display Holography, who shared their achievements in THz pulse holography and broadband vortex beams. 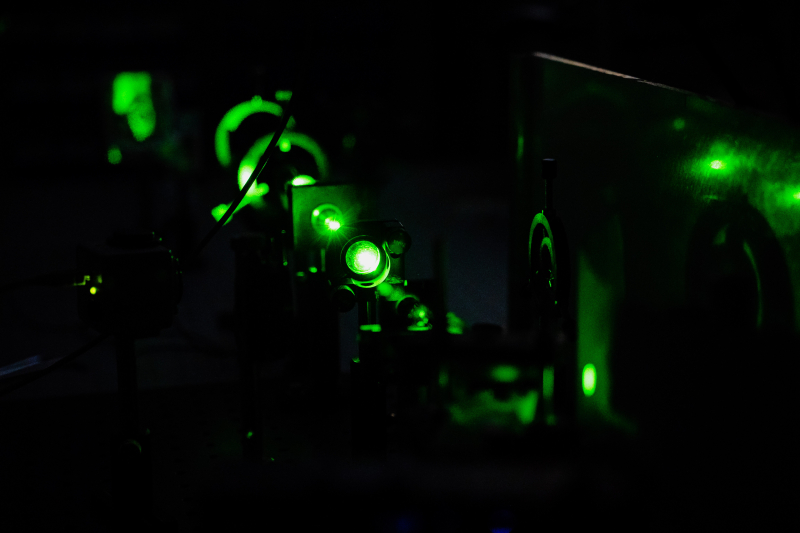 Light: Advanced Manufacturing is a new sister research journal of Light: Science & Applications (a peer-reviewed journal of the Nature Publishing Group) published by Changchun Institute of Optics, Fine Mechanics and Physics, the Chinese Academy of Sciences, and the Chinese Optical Society that focuses both on innovative and fundamental inventions and their industrial applications.

One of the journal’s last issues was dedicated to the 60th anniversary of holography. Over half a century ago, Emmett Leith and Juris Upatnieks demonstrated the first laser holograms that ickstarted the technology boom in the industry.

The special issue welcomed both pioneering scientists (e.g., Karl Stetston, the discoverer of holographic interferometry) and prominent technology engineers (e.g., Bernard Kress, the father of micro- and nanooptics, and a lead developer of Google Glass and Hololens). Russian research teams, including experts from the Budker Institute of Nuclear Physics, Samara National Research University, and ITMO University, also made it to the pages of the anniversary issue. Specifically for this issue, the ITMO team prepared two articles on vector and vortex beams in the THz frequency range and their own achievements in the field.

Scholars have long been able to alter the length, frequency, and direction of electromagnetic waves, not to mention beam shaping.

The scientific community distinguishes two types of structured emitting: vector and vortex beams. While the former have a varying polarization, the energy of the latter rotates in the transverse direction as it distributes.

Different beams can be used to transfer microparticles, cut materials, obtain images, including holograms, perform spectral analysis, as well as encode data and transmit information through the air and even into space. The idea behind it is that the more types of beams researchers have, the more information they can encode using light or any other generated energy beam.

“We can use directed beams to transfer data, for example, to say whether a transmitter emitting directed radiation is on or off. It can be done with the help of Morse code. However, the method won’t work with greater amounts of information, such as videos, files, or data sets. To make it happen, we have to turn to multiplexing, that is the use of waves of various lengths, aka colors, frequencies, amplitudes, and polarization vectors. We can even use a wavefront – flat, spherical, or spiral. In case of the latter, one beam can adopt several spiral wavefronts of different shapes, which will increase the density of information at one time,” explains Nikolay Petrov, the head of ITMO’s Laboratory of Digital and Display Holography.

Challenging the laws of physics

Researchers can already make complex-shaped beams in different spectra, including X-ray, ultraviolet, visible, and infrared. At the moment, one of the more actively explored ones is the terahertz spectrum because, as Nikolay Petrov points out, it is more suitable for the task of transmitting large amounts of information. When transferring to a higher-frequency range (from radio to infrared), the wavelength gets smaller while the oscillation frequency of the electromagnetic field increases. At the same time, the radiation becomes more directed. In other words, such a channel will transmit more information, but the radiation in it will propagate along a special beam, instead of in all directions.

There are two approaches to forming vortex beams in the terahertz range: an active and a passive one. In the first case, the wave is shaped just as radiation is generated, while in the second, this is accomplished as the already-generated terahertz wave passes through a modulator – special plates that refract the wave to change its direction. This latter approach was adopted from optics, where it is common practice to use such plates made from a birefringent material like quartz, for instance. When non-polarized radiation (in other words, light) passes through this material, it starts oscillating in strictly defined directions – and the same works for waves in the infrared and terahertz spectra.

However, working with the terahertz range does prove to be more challenging because researchers have yet to come up with sufficiently powerful and accessible sources of this kind of radiation. Additionally, the refractory plates absorb part of the energy at every step of the transformation. Finally, the physical nature of the waves is a fundamental challenge in itself.

“In case of broadband radiation, a single beam contains waves of different lengths and polarizations, which makes it impossible to use one modulator for all of them. If we send a beam through a plate meant for one frequency, we automatically violate the conditions necessary for another one because the plate’s thickness has to be divisible by the wavelength. Consequently, the plate will work for one wavelength, but the divisibility condition won’t work for the next one,” explains Nikolay Petrov.

The researchers at ITMO focused on the issue of shaping waves of different lengths in one radiation beam into the necessary vortex form in order to obtain one broadband channel for information transfer. According to Nikolay Petrov, this task presented a serious technological challenge, a possible solution to which was found after a review and analysis of all currently available approaches and devices.

Having conducted this work, the scientists were able to develop prototypes based on the so-called achromatic modulators that are equally efficient for different wavelengths. Structurally, some elements of these modulators are divided into sectors that perform spatially heterogeneous transformation of radiation polarization in a beam that is identical for a great number of wavelengths. As a result of such a change in the direction of the electromagnetic field intensity vector in each of the sectors of the modulator’s element, the beam that is passing through it acquires its vortex structure.

However, the problem remains the same: due to the low power capacity of the generators, it is still challenging to conduct experiments and calculations.

“Terahertz radiation is invisible to the naked eye and hard to catch even with special detectors due to its low power – this is a globally recognized problem. Even though research in this field has been conducted for the past 30 years, we are still far from developing high-intensity terahertz radiation generators. That’s why it is important to develop a modulator that would not only transform the waves, but also wouldn’t be as good at absorbing them. In this sense, the quartz plates that we are using are quite promising,” concludes Nikolay Petrov.

The research group had been studying vortex beams for three years, supported by a Russian Science Foundation grant. Now that the grant is complete, the researchers have published a review article and a research paper on the foundations of developing modulators that will form homogeneously charged vortex beams in the broadband spectrum of terahertz radiation. In their next project, the researchers are planning to achieve more flexibility in controlling the beams’ structure using the developed modulators. The latter are now sufficiently developed to be tested in practical applications.