This fall, PhD student Daria Kuznetsova and Master’s student Mariam Muradova from the Faculty of Food Biotechnologies and Engineering, who are also members of the “Biotechnologies of the Third Millennium” international research center, will go to the University of Lorraine to conduct research in the field of life sciences. For Daria, this will be her second trip to France, where she’ll continue to work on her research thesis. Mariam spent last year’s spring semester at the University of Verona, Italy, and this year, she will continue her research in the field of plant biotechnology. Read more about the students’ exchange programs, grants and research interests in this article by ITMO.NEWS. 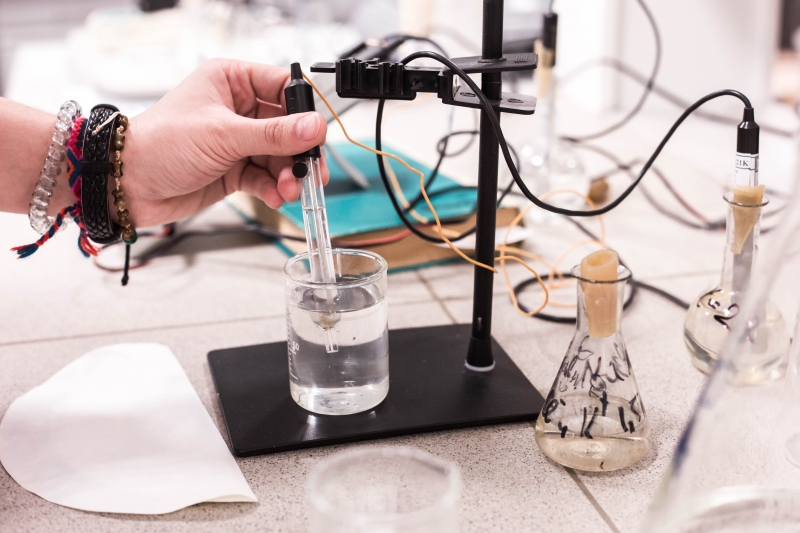 The University of Lorraine

The University of Lorraine is located in the cities of Nancy and Metz, France, and holds the 463th position in the UniPage international ranking. The university’s research center offers local and international students the opportunity to pursue both technical and non-technical sciences. The collaboration between ITMO University and the University of Lorraine began back in 2017, and the number of academic exchange programs for the universities’ young scientists grows with every year.

Daria Kuznetsova, a PhD student from the Faculty of Food Biotechnologies and Engineering who’s also working for the “Biotechnologies of the Third Millennium” international research center, says that she’s only come back to Russia for one month. Before that, she spent 10 months at the University of Lorraine attending courses and conducting research for her thesis.

“I spent ten months in a row in France, because during the second year of my program, they were still actively negotiating its particulars, and it was only during my third year that I got funding for my project and the universities came to an agreement. So I had to make up for all this time and instead of six months, I spent ten months during my first trip to France, and will spend eight during the second,” says the student.

Daria is currently doing research on the omega-3 fatty acids of plant origin. She has as much as three research advisors for her thesis: one in Russia and two in France. According to Daria, European scientists are traditionally more narrow-focused, so she gets consultations on the different aspects of her work from various professors.

“When I decided to do a double degree program, I encountered several problems; first of all, it took some time to find a laboratory to work at. I got refusals from many research centers, as they saw no connection between my research topic and their own research activities. Secondly, I had to look for funding. In France, a PhD student has to have at least 1,200 euros a month, which is quite a serious amount of money considering the length of a project. And you can’t take this money from your parents or use your own funds, as the trip has to be paid for by a university, an employer or a special grant. So, we applied for the Eiffel Excellence Scholarship Program and got support from the French side. Finally, there was the French language. My current level of French is about A2-B1, though it was significantly lower when I was leaving for the program. This posed particular problems, as all the courses are in French and you have to study by yourself if you don’t know the language. Also, knowing French is essential for solving most everyday and administrative issues, as not everyone would talk to you in English,” comments Daria.

According to Daria, most of the experimental work on her thesis takes place at two French laboratories, LIBio and UR AFPA, where she focuses on extracting lipids from plant sources as well as in vitro and in vivo research.

Among the benefits of working at an international laboratory, Daria notes the opportunity to talk about science in English on a daily basis. She works together with specialists from Europe, Lebanon, Columbia, Pakistan, Venezuela, India, Morocco, Kazakhstan and other countries. This makes it possible to observe various approaches to research and helps learn to find a common ground with everyone.

From Verona to Nancy

Another young researcher who will go to the University of Lorraine this fall is Mariam Muradova, a Master’s student at the Faculty of Food Biotechnologies and Engineering and also a member of the “Biotechnologies of the Third Millennium” international research center.

Mariam spend the second semester of her Master’s program at the University of Verona in Italy. Her education abroad mostly focused on attending courses in the field of biomedicine and bioinformatics. She also learned experimental skills in the field of genetics research at the laboratory of plant biotechnology, including mapping of genome binding sites of transcription factors, genome editing with the use of the Crispr-Cas technology and others. In 2019, Mariam won the Presidential Scholarship, and at the end of September, she will go to the University of Lorraine to develop her skills at the LIBio biomolecular engineering laboratory.

“Getting financial support was an important prerequisite for going to study in France, so I got a Presidential Scholarship which will cover the necessary expenses for the eight months of research at the University of Lorraine. During this time, I plan to carry out experimental work for my thesis which will have to do with the identification, analysis, and methods for extracting biologically active substances from various plant sources. I will also spend some time helping Daria prepare and conduct a particular stage of her experiments,” says Mariam.

Mariam’s work in France will be supervised by professor Elmira Arab-Tehrany from the LIBio laboratory where the Master’s student aims to conduct most of her experiments. She also adds that ITMO’s “Biotechnologies of the Third Millennium” international research center is, too, very interested in searching for new promising sources of biologically active substances and new extraction methods. The young researchers will surely get lots of experience in this field while working at the French laboratories, and bring back the skills necessary to continue their projects at ITMO University.