An international research consortium, which includes the International Research Center for Nanophotonics and Metamaterials, joined the top 25 centers that won the Horizon 2020 grant. 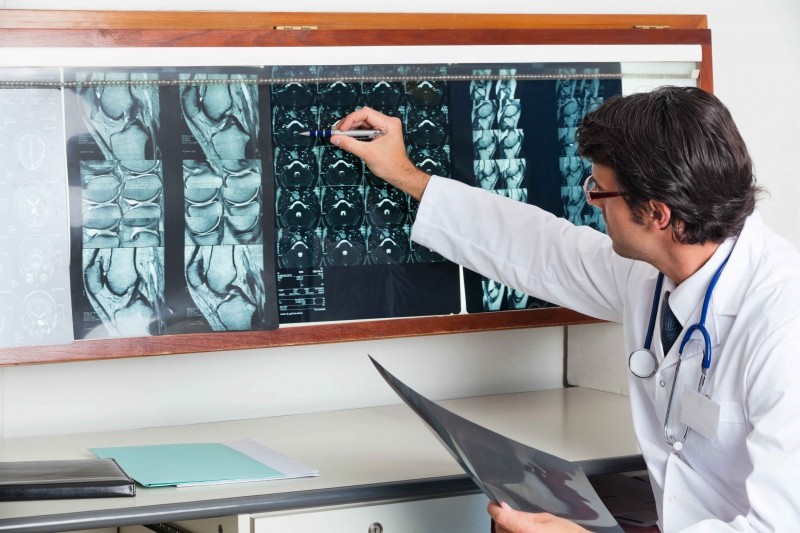 St. Petersburg researchers in alliance with Fresnel institute in Marseille, the NeuroSpin center, Center for Magnetic Resonance in Biology and Medicine (CRMBM), the Research Center at Utrecht University, Aalto University and other partners, are going to work on development of MRI. During four years they plan to create ready-to-use equipment based on this new principle that will be more effective and fast.

Stanislav Glybovski, the researcher at the International Research Center for Nanophotonics and Metamaterials, talked about the details of the consortium’s activities.

The main aim of the researchers is to create a an MRI scanner of the new generation by 2020, which will have new imaging characteristics and will take less time for scanning.

Currently it is possible to provide scanning of a human body with increased resolution by using ultra-high-field scanners whose magnetic field strength starts from 7 Tesla. As of now, only several centers from all over the world have such MRI scanners. They are used for research purposes as opposed to medical ones due to the rules against using them at hospitals and health care centers in Russia and Europe. These scanners can overheat a human body, which consumes electromagnetic radiation. Apart from that, the images made by these devices, are not homogenous as those made by clinical scanners with 1.5 Tesla. Furthermore, ultra-high-field scanners are expensive: the process of superconducting magnet cooling requires reducing helium temperature up to the cryogenic rate. These procedures are too difficult for any medical staff.

According to evaluations of the consortium and the International Center for Nanophotonics and Metamaterials, these problems can be solved by application of metamaterials.

"It is obviously, that we cannot create a tomograph without a magnet. We follow the MRI technology by using super powerful static magnetic fields. However, interacting with radio frequency electromagnetic field, we will be able to solve the problem of relevant propagation of electromagnetic waves in a scanner by application of metamaterials. It means that we can scan better for a shorter period of time. It is well known that time is money. If it is possible to shorten it up to 10−15 minutes instead of 20, it will help us significantly reduce medical costs and make MRI diagnostics affordable for patients," added Stanislav Glybovski.

The technology developed by the consortium partners is, on one hand, simple, but on the other, it takes many efforts. Using metamaterials the researchers plan to increase the sensitivity of radio-frequency coils (transmitting-receiving antennas) that are parts of any MRI scanner.

Radio-frequency coils radiate a strong ultra short band signal, which affects a human body and then by turning into a useful re-radiated echo signal makes an image of internal organs. However according to Mr. Glybovski, using conventional coils without trying to improve them stalls progress. Engineers keep using them even though ultra-high-field scanners have been developed that operate at frequencies that are much higher than frequencies of clinical machines. This tendency has not changed and MRI engineering communities still almost don’t know about metamaterials.

Moreover, modern science gives poor information about application of metamaterials at operating frequency band of ultra-high-field scanners (i.e. ultra-high-frequency). According to the expert, typical coils have several significant disadvantages. To get even a tiny useful signal from scanned organs, a device has to radiate a radio signal equal to more than 1 kW. It is very important in terms of patient’s safety. The coils used nowadays cannot create an optimal field distribution and due to that they don’t reach the relevant signal-to-noise ratio.

"Each object has noises — even a table you sit at radiates electromagnetic noise in a wide frequency band. Even a patient’s body and the antenna itself produce noises. These unwanted signals limit the opportunity to receive a low signal. That is why one needs to reach the high rate of coil’s sensitivity, as it would react to changes of an object we want to scan by the high-field tomograph," says the researcher. Why does one use metamaterials?

As Mr. Glybovski noted, many research teams from all over the world have been analyzing metamaterials for about 15 years. They have published tons of articles devoted to peculiarities of these materials.

This field is very promising — according to scientists, thanks to metamaterials it will be possible to deal with electromagnetic waves in a different way. The task is to create materials that can serve as a base for new devices. However we know few examples of their application, as the most important features appear in a narrow frequency band. Mobile and satellite communication, wireless internet technologies and navigation work in a wide frequency band.

In recent years metamaterials got a chance to be applied to MRI. Magnetic resonance, as the main MRI’s effect, can be detected in only an extremely narrow band, much narrower than operational bands of metamaterials. All unique features of metamaterials appear under the affection of MRI. There are a small number of examples of such a narrowband radio frequency system, which is so widespread. That is why the participants of the consortium aspire to demonstrate that metamaterials are able to improve MRI.

According to the plan, in 2017 the researchers will start the electromagnetic numerical simulation of the RF-field in a scanner using professional software tools. Then one needs to develop experimental prototypes and compare their features with the results of modeling. If these results correlate, the next step will be an experiment in the scanner.

First of all the researchers will use "phantoms," i.e. containers with a special liquid. The peculiarities of this objects are similar to ones of living tissues.

"Before applying this technology in medicine, one has to think about the potential harm to a patient. There are detailed models of the human body — one might use them when making tests so as to detect what tissues absorb electromagnetic radiation more than others. It is necessary to receive permission to experiment on humans. Only then one can provide in vitro tests. This requires a group of volunteers with different parameters who will test developed devices at the final stage. It is planned to do that in 2020," explains the researcher. According to Mr. Glybovsky, the research team has an extensive scientific background — they organize special sessions at conferences devoted to MRI and metamaterials, publish scientific articles, give lectures and launch joint educational projects. This made the organizers of HORIZON 2020 invest money to this research idea. This project has received funding from the European Union's Horizon 2020 research and innovation programme under grant agreement No 736 937

Unfortunately those members of the consortium who are not from the European Union cannot use the money given by Horizon2020. That is why despite the fact that the International Center for Nanophotonics and Metamaterials plays a significant role in activities of the consortium, it cannot use these resources. However according to an agreement of the European Commission and the Ministry of Science and Education of Russia, Russian members of winning consortiums can apply to grants from the federal target program — up to 10 million rubles per year. To receive this money one has to submit an application (the researchers have already done it) and then earn the approval of the officials. The results of the contest will be announced at the end of February 2017.

Stanislav Glybovski noted that the researchers will not leave the consortium even if the center doesn’t receive any extra support. It will use the money the center has already. This approach is relevant, as the new technology has a lot of chances to be commercialized.