Last year, an International Research Consortium, which includes ITMO University’s Center for Nanophotonics and Metamaterials, was awarded a European Horizon 2020 project. The M-Cube project unites scientific groups and companies from seven countries working on new antenna technology for 7T MRI. In the coming two years and a half, scientists plan to create a device which could be used to accelerate MRI. ITMO.NEWS talked to the scientists about the project and the results. Among the scientists who came to ITMO University were Dr. Redha Abdeddaim, an assistant professor at Aix-Marseille University – Institut Fresnel, one of the scientific coordinators of the project, Dr. Marc Dubois, a postdoc at Aix-Marseille University –  Institut Fresnel, and Dr. Julien de Rosny, a senior scientist at CNRS – Institut Langevin. 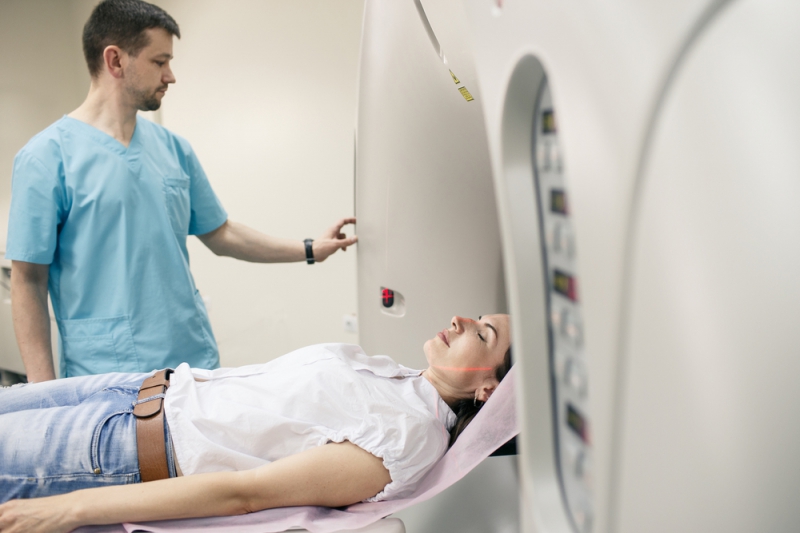 This project has received funding from the European Union's Horizon 2020 research and innovation programme under grant agreement No 736937. Participants in the “Future and Emerging Technologies” funding programme of Horizon 2020 are expected to initiate radically new fields of technology, and the competition in this section is very intense.

M-Cube became one of the 22 winners, surpassing 542 participants. The research project is coordinated by Aix-Marseille University (the Fresnel Institute and the Center for Magnetic Resonance in Biology and Medicine).

Among the companies participating in the project are Multiwave Technologies AG (Switzerland) and MR COILS BV (Netherlands).

What is the purpose of the project?

The project started in 2017 and is designed for four years. During this time, scientists will work on antennas for high-field and ultra-high-resolution tomographs. Such antennas are also known as radio frequency coils. The new coils are designed to improve the resulting images of the human body and accelerate the MRI procedure.

All tomographs can be divided into several groups: low-field (have a constant field intensity of up to 0.5T), medium-field (0.5-1T), high-field (up to 3T), and ultra-high field (more than 3T). Most modern clinics today have tomographs with a field level from 1.5 to 3T.

The existing ultra-high field tomographs with a magnetic field strength of 7 T and higher are very fast and produce high-resolution images. However, just a few organizations in the world use such devices for research purposes, as it is not allowed to use them in Russian and European hospitals.

The reason is that such tomographs can cause overheating of the patient's body. Besides, despite the increased resolution, the images obtained by such tomographs are not homogeneous. Apart from that, these devices are very expensive because of the superconducting magnet. And finally, these tomographs are too complicated to work on in regular hospitals.

How can metamaterials solve this problem?

Scientists plan to affect electromagnetic waves within the tomograph with the use of metamaterials. According to the authors of the project, this will allow them to get better quality images in a shorter period of time. It would then take from 10 to 15 minutes to do an MRI, which would make the diagnostics less expensive and more affordable for patients.

According to the scientists, metamaterials can be used to improve the radio frequency coils in the MRI scanners. Radio frequency coils first emit a pulsed signal which aligns the proton spins within the patient’s body. Later on, the same or separate coil probes the evolution of the spin alignment. The analysis of this later provides information about the scanned organs.

However, at ultra-high field, the regular coils are not optimal, and therefore benefit only partially from the signal improvement provided by the higher magnetic strength. The researchers want to make coils more efficient.

“The purpose of the project is to improve the quality of images, as well as reduce the time needed for the diagnostics. Today, to make images more homogeneous, scientists increase the number of radio-frequency antennas, which complicates the procedure and makes the technology more expensive. We propose introducing innovative antenna systems using passive metamaterials that do not require increasing the number of transceiver channels. We plan to use a 7-Tesla MRI scanner in regular hospitals and get high-resolution images which will allow us to access information that we don’t have now. That is, the ultimate goal of the M-Cube project is to create new coils with a magnetic field strength of a 7T scanner for clinical application,” comments Redha Abdeddaim.

During the project, scientists, physicians and engineers will collaborate to make the MRI technology more accurate, which, in turn, will help medical personnel detect diseases earlier.

“Because of some technical issues, 7-Telsa MRI scanners barely start to be used in regular hospitals. Meanwhile, if you talk with medical experts and researchers, they will definitely tell you that a finer resolution would make it possible to detect diseases at very early stages. That’s why it is so important to introduce 7-Tesla MRI scanners to hospitals,” adds Marc Dubois.

MRI scanners can be used with many radio frequency coils. The set of coils determines the functionality and the region of the body observed with the scanner. The researchers from M-Cube work simultaneously on different types of coils. According to Redha Abdeddaim, the team is currently working on three types: for head, prostate gland and extremities scanning.

“We hope that by the end of the project, we will come up with coils for whole body imaging. But we also plan to develop several regular radio frequency coils. One must understand that this process takes a long time and includes many stages, from developing a concept and confirming the hypothesis to considering risks, obtaining permissions, etc.,” says Redha Abdeddaim.

According to the expert, the participants of the project constantly collaborate with each other. In addition to face-to-face meetings, the coordinators and the participants communicate weekly and share their results with each other. The concept is developed by specialists in the field of metamaterials. Research organizations in France and the Netherlands are responsible for measurements, while the two other companies will be responsible for the implementation of results into hospitals.

ITMO University’s Center for Nanophotonics and Metamaterials is the only Russian participant of the International Consortium.

“Before this project, I had never collaborated with ITMO University. It all started very organically. Back then, I worked as a postdoc at Julien de Rosny’s laboratory in Paris. We started collaborating in the field of MRI, and Pavel Belov (Head of the Department of Nano-Photonics and Metamaterials) also worked in this field. So we met and decided to work together. That’s how we came up with the idea of the consortium. If you look at the list of its participants, you will see that they are all connected somehow with ITMO. For example, before this project, I had never worked together with the University of Louvain (Belgium) or the University Medical Center Utrecht, while ITMO has long been collaborating with these institutions. So, ITMO University has brought all the members of the consortium together”, shares Redha Abdeddaim, “We are now actively collaborating with ITMO, and I can say that the experts there are very talented and hard-working.”

Marc Dubois adds that there are many PhD students from ITMO University involved in the project, which makes it possible to accelerate the process.

The representatives of French universities are interested in continuing both scientific and educational cooperation with ITMO University.

As for the prospects of the M-Cube project, Redha Abdeddaim notes, that it is important to not only introduce 7T MRI-scanners into hospitals, but also make low-field tomographs more efficient with the use of metamaterials.

“The main objective of the M-Cube project is now to use metamaterials for 7T MRI scanners to improve the resolution and reduce the time, as well as start using these new scanners in regular hospitals. But metamaterials can be used for low-field tomographs (1.5-3T) as well,” comments the expert.

Thus, as Marc Dubois adds, work in this direction can help scientists develop a solution for the devices that are already used, in order to improve the quality and availability of diagnostics.