Halide perovskites are highly promising in regards to their application in the fields of photovoltaics and optoelectronics, including the development of new devices based on advanced nanophotonics concepts. In 2013, the journal Science included perovskites in its list of top-10 breakthrough technologies. This year, a team of ITMO scientists in collaboration with their colleagues from the University of Texas in Dallas and the Australian National University prepared a review where they studied the optical properties of nanostructured perovskites, answered the question of why fundamental studies of these structures are most important for the development of new optical devices, as well as made predictions about future research in this field. The material was published in a special Hall of Fame issue of Advanced Optical Materials. 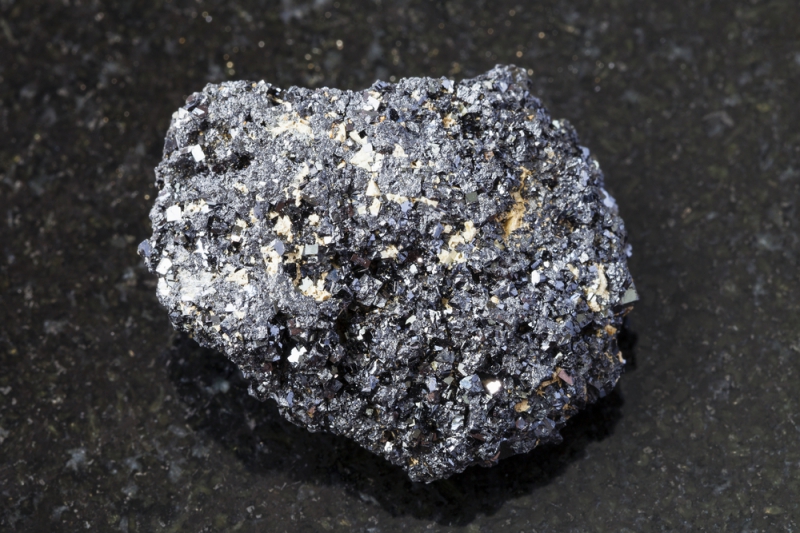 In the beginning of their article, the scientists answer the question of why halide perovskites and their nanostructures have become so popular and relevant. First of all, this class of materials made a revolution in the field of photovoltaics where it provided for a 23.3% efficiency, which is already close to that of their much more expensive silicon-based counterparts. Perovskites are also great for creating LEDs due to their superb luminescence properties. One can create perovskite-based LEDs that can emit light in the wavelength band of all visible radiation, while their spectrum depends on not the element’s size but the material’s properties. Perovskites’ ability to absorb light can be also used to create effective photodetectors.

Still, it has only been recently discovered that perovskites are quite an interesting material from the nanophotonics point of view. Perovskite-based nanostructures are cheap, have a high refractive index which makes it possible to to localize light and control it at nanoscale, and exhibit excitons at room temperature. What is more, this material can be easily combined with other types of nanostructures for producing new optical effects.

Historically, different metals have been used in production of nanoscale optical elements. Then came the time of dielectrics, as using them allowed to decrease optical losses and get new optical properties. Those are silicon, zinc oxide, gallium arsenide and other materials with a high refractive index. What is more, their production methods are well-developed. Nevertheless, most of these materials are limited in what has to do with working with radiation at different wavelengths. Also, they rarely exhibit excitons at room temperature. Finally, producing high-quality dielectric-based nanostructures is quite expensive. Halide perovskites compare favourably with most dielectrics. Apart from their low cost and simplicity of producing perovskite-based nanostructures, perovskites are an easily adjustable material, capable of emitting sufficiently “pure” colours in a wide band from 400 to 1,000 nanometers. Thanks to the peculiarities of their structure, their light intensity is resistant to defects, a trait that is now actively used in the creation of highly efficient nanolasers.

Today, scientists use perovskites to create optically resonant nanoparticles of spherical or cubic shape of 200 to 1,000 nanometers in size. Those can be produced via laser ablation or chemical synthesis. Such nanoparticles have good resonant properties in the visual band. Even particles of 500 nanometers in size exhibit lasing properties, i.e. the ability to coherently emit photons. Through simple chemical transformations, these nanoparticles can emit both coherently and incoherently on all wavelengths in the visual band. In addition, such lasers can work at room temperatures.

Another of perovskites’ remarkable differences from existing semiconductors is their softness and ability to deform without considerable efficiency losses. Periodic perovskite structures are produced using the cheapest technology of nanoimprint lithography which is widely used in the polymer industry. For instance, one can use it to produce photonic crystals or metasurfaces, i.e. planar structures with optical resonances. These are already being used for creating lasers with distributed feedback that are most promising due to their low production costs and simplicity of adjustment.

Perovskites can also be used in working with 3D photonic crystals which naturally emerge in opals. The space within the opals’ structural lattice can be filled with different materials in order to produce properties that can be used in lasers. Using perovskites for this purpose makes it possible to to considerably improve particular physical properties of crystals, including those important in increasing the efficiency of solar cells. Perovskites can also be combined with other resonant nanostructures, like plasmonic nanoparticles and waveguides, as well as other nanosurfaces where the halide perovskite usually plays the role of a photoactive material emitting or absorbing light.

Halide perovskites’ great electric and optical properties make them perfect for the production of solar cells, photodetectors, LEDs and lasers. What’s more, additional nanostructuring of perovskites opens new opportunities in improving these devices’ properties. For example, at Prof. Anvar Zakhidov’s laboratory in the USA, scientists succeeded in using nanoimprint lithography for increasing perovskite-based photodetectors’ sensitivity by 35 times in comparison with regular devices. Similar research on increasing perovskite-based devices’ sensitivity is being conducted in different laboratories across the world. Just recently, specialists from the Laboratory of Hybrid Nanophotonics and Optoelectronics increased the efficiency of perovskite solar cells by introducing silicon particles.

In the end of their review, the scientists underline that there is still a number of of unsolved issues and relevant tasks in the field of perovskite research. First of all, it is necessary to continue working on improving the nanostructures’ stability. Secondly, an important task is to increase the wavelength band that perovskites can emit in, as that will allow to use them in telecommunications and silicon chips. Using perovskites in chips also entails further development of nanoscale perovskite-based lasers, as they can be used as a nanoscale source of coherent radiation. Thirdly, creating nonlinear perovskite-based optical frequency converters for producing effective sources of terahertz and UV radiation is a most promising topic. Finally, it is necessary to make perovskite nanostructuring technologies commercially available.

ITMO.NEWS interviewed the review’s first author Sergei Makarov, head of ITMO’s Laboratory of Hybrid Nanophotonics and Optoelectronics, about the different kinds of perovskite research, and which of those can ITMO’s new Master’s students participate in.

Which applications of the recent inventions based on halide perovskites do you see as the most interesting in regards to their scientific importance and innovative nature?

All eyes are now on the rapid increase of efficiency of halide perovskite-based solar cells. We believe that this technology will soon make it to the market. Due to not just its low costs, but also low lifespan, perovskite photovoltaics will be very effective in providing power to devices with similarly short lifespans. In regards to the innovative nature of the approaches used, the adjustable nanolasers that we develop at our laboratory are among the most impressive inventions. In the near future, they will be used in the production of inexpensive optical chips.

And which fundamental perovskite research now calls for the most effort from scientists due to both its relevance and complexity?

Above all, we have to increase the lifespan of all perovskite-based devices and nanostructures. There are numerous factors that influence perovskites in a negative way that we have to bring to a minimum: the influence of water vapours, UV rays, contact with chemically active materials. Working on every type of degradation is an important task that is researched by dozens of laboratories from all over the world.

Which of the fundamental perovskite research conducted at ITMO University are the most application-oriented?

At the Laboratory of Hybrid Nanophotonics and Optoelectronics, we work on not just fundamental research, but also focus on several applied tasks. Anatoly Pushkarev develops adjustable perovskite LEDs that work in the entire visual band. Dmitry Gets creates devices that work in two modes at the same time: as a solar cell and a LED, which is applicable in portable displays. Aleksandra Furasova came up with a cross-functional approach to increasing the efficiency of perovskite solar cells through introducing silicon nanoparticles. Our industrial partners are most interested in these kinds of research.

Why was it now that you decided to write a review on halide perovskites? What is its practical purpose?

The review’s goal was to give a start do a discussion between specialists in different fields of science: optics, photovoltaics, optoelectronics, material science and chemistry. Now, this review has become a desk companion of our every member, as it includes a lot of reference data that is useful for everyday research.

Which competencies in perovskite research you would’ve liked to teach to the university's new Master’s students?

Talking about competencies, that would be the experience of working in such fields of fundamental science as optics and solid state physics when the objects of research are in nanoscale. In regards to practical skills, that would be working with the most advanced optical devices (microscopes, spectrometers, lasers) and machines for creating optical devices, as well as basic skills in chemical synthesis of new nanomaterials. On the whole, our graduates will be sought after by research laboratories and innovative companies from all over the world, with many of which we have close ties.