In 2010, Sir Andre Geim was awarded a Nobel Prize in physics for his groundbreaking work on graphene. It was his discoveries that led to the wonder material’s active proliferation in science and industry alike. Prof. Geim continues his revolutionary work on two-dimensional materials as part of his research group in the University of Manchester. The famed scientist presented his latest findings at the 2018 METANANO conference in Sochi and gave this exclusive interview to ITMO.NEWS and Moscow Institute of Physics and Technology’s ‘For Science’ corporate journal, where he talked about why he doesn’t think that lifelong devotion to one scientific field is a good idea, what motivates young researchers to take the leap into fundamental science, and why scholars need to learn to communicate their findings to the wider audience. 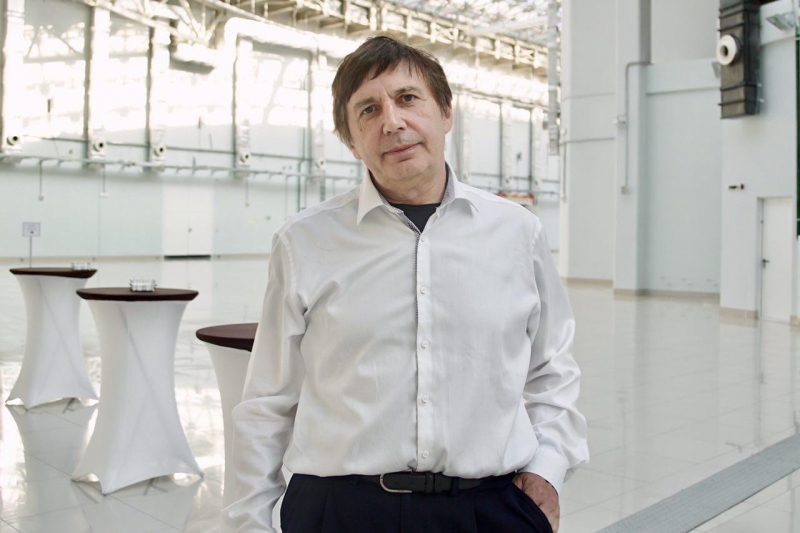 You dedicated your METANANO lecture to the latest research in the field of two-dimensional materials. Going back, what brought you to this sphere and what does your current work focus on?

My conference report revolved around my current research topic, graphene 3.0, because graphene is the herald of a new class of materials which, roughly speaking, do not have any width, as one-atom width is as close to that as you can get. In a way, graphene is a little snowball that brought about a massive avalanche in science. This field, however, was that of gradual development. Nowadays, people work with two-dimensional materials which have already been known for ten years at least; we were the first explorers here. This pioneering thread of research led us to the question of what would happen if we stacked these materials onto one another, which I dubbed as graphene 2.0.

I’m still involved in thin materials research. But for the last couple of years, I slightly veered away from my usual métier to the field of quantum physics, electrical properties of solid matter to be precise. My present-day work is connected to the phenomena of molecular transport. We’ve managed to reduce graphene to antigraphene, or two-dimensional nothingness, if you will. Studies of cavity properties, of how they allow molecules to flow by, is a completely new experimental system; no one has ever thought of doing this before. We’ve already made many fascinating discoveries, but there’s always a room for further development: for example, we need to explore how properties of, say, water change when subjected to limitations (ed. note: related research findings have recently been published by Science; you can also read about this here).

These are not idle enquiries as all life is inextricably linked to water. Moreover, water has always been considered the most polarizable material known, but we discovered that water actually loses polarization at its surface. These findings have serious practical implications for a wide range of different scientific fields from physics to biology and beyond.

In one of your interviews you’ve mentioned that the 20th century history demonstrates that it takes from 20 to 40 years for new materials or drugs to get to the mass production stage. It is the same for graphene? There are lots of news articles testifying to its increasing use by the industry, but it seems that it hasn’t reached the mass market yet.

Look here: starting from the Stone Age, we used to think of materials as something characterised by height, length, and width. But now, after ten thousand years of our civilization’s existence, we’ve managed to find novel materials that challenge our conventional perspectives. This is a whole new class of materials, but these kinds of breakthroughs don’t work like the field of software, where you can come up with a program and become a millionaire after a couple of years, gaining so big a recognition that people will soon believe that phones were invented by Steve Jobs and computers by Bill Gates. My line of work, condensed-matter physics, spans more than 70 years: our scientific predecessors started by looking into how silicon works, then moved to germanium, then began to make switches and so on.

If we return to graphene, there are already hundreds of Chinese companies using it to make profits. That’s only what I know of; there may be others. You can see graphene-based products everywhere you look: from footwear soles to paint. However incrementally, this is already becoming our everyday reality. But this process is quite slow when compared to the industry scale. Mass production of graphene started only in 2010, so we have to give it time. There’s a high chance that in 10 years we will witness not only graphene-made skis or tennis rackets, but possibly something truly revolutionary and unique.

What is your research approach?

My work motto is not to withdraw into one scientific field and stay there, as I like to say, from scientific cradle to scientific coffin. This was an approach very popular among Soviet scientists: people used to do the same until they retired. Each activity requires a certain degree of professionalism, of course, but you always need to be on the look-out for what is happening elsewhere. I try to switch from one direction to another: we have so-and-so as our terms of reference, but can we do something more?

The idea of the two-dimensional nothingness of which I spoke earlier came to us completely out of left field. It was a random combination of different reasons, which we were only able to understand later, that led to the creation of this peculiar new system. That’s why we as researchers need to be like frogs constantly leaping from one area to another, even if we lack in-depth knowledge of the subject and only have a suitable background instead. You can move to a new scientific field and from your specific vantage point observe what you can do there. And this is extremely important, especially when working with students, who always approach new topics with great enthusiasm.

There are many young scientists, including those from Russia, working as part of your research group. What do you think brings them to science, especially fundamental science, given that working in the industry evidently looks more promising?

People like trying their hand at different things. There are five or six million people in the world of science today: some start in research and like it, others don’t and quit. Life of a scientist, especially of a fundamental one, is far from rosy. When you’re a PhD student, you think that you’re doing some real sciency things. But when you get a permanent job, apart from your research, there are grant applications to write and journals to beseech to publish your work; it all stacks up very quickly. So yes, the comparison with the industry, which is a bit army-like, is not always to science’s favor.

It is possible to survive this neurosis, but you need to run really fast: science, like studying, is not a 100-meter sprint but a lifelong marathon. Some people, me included, actually enjoy that. There’s so much adrenaline even in the most humdrum scientific tasks! For instance, I feel really excited each time I open a referee report on my article. Believe me, being a Nobel Prize laureate doesn’t really mollify reviewers. They’re like, ‘Ah, he won a Nobel Prize, didn’t he? Let’s show him how science is really done.’ This is the reason why I never open referee reports before bedtime.

We get a fair share of adrenaline, everything is interesting, and you continue learning all your life: that’s why some young people that are cut from the same cloth as I am decide to work for their big break in science. One thing I noticed from leading a research group, though, is that very well-to-do scientists start as PhD students. Postdocs have it harder: it’s too late to retrain, there’s already lots of pressure to publish and win grants. But PhD students don’t really have to think about it all. What they do instead is forming their attitude to work; if they like what they’re doing, they have a good chance of becoming successful.

Speaking of grants. Many scientists say that working in science is a constant search of funding that involves lots of routine and red tape. Is there any time left for actual research?

Essentially, it’s the taxpayers who provide us with funding by giving their hard-earned pennies to science. And it is up to other scientists, peers, to decide which research projects should get this funding. They are the ones you’ll need to convince, and it’s a very competitive process. There is never enough funding to go round, so filing for grants and publishing good-quality articles is part-and-parcel of a scientist’s job description. If your article is up to the mark, it will get citations. People vote with their feet, and in case of science, with their pen, when deciding which scientist should make it. Your citation rate shows how successful and respected you are among the scientific community. Competition in science is as intense as that of Olympic Games in sport.

It isn’t as pronounced in Europe, though, but in America even the most acclaimed professors spend practically all of their time applying for grants and only speak with their students once a month. Most of my time goes to writing articles for my students because there’s nothing worse than when good results get a bad framing. Is what I do better than writing for grants? I don’t really know.

It’s obvious that much of a scientist’s success depends on how successful they are in pitching their work to the scientific community, but presenting your research to taxpayers is arguably of no less importance. What is your take on science popularization? Do you think that it’s down to scientists themselves to communicate their findings to the wider audience?

Do we have any choice? If taxpayers don’t understand the value of our research, the government also stops caring. Luckily, people, especially those with education, still treat science with respect. If they didn’t, all money would go to the so-called momentary needs, to bread-and-butter, and we would find ourselves in a Catch-22 situation when underfinanced science can’t deliver and attract better funding, which eventually leads to the collapse of the economy. That’s why I take my hat off to people who know how to present their work in an accessible and interesting way.

I know many professors who like to point and laugh at those who use TV or other media to get people interested in science. I work with Brian Cox (ed. note: famous British physicist, research associate at the Royal Society of London, professor at the University of Manchester, and prominent science popularizer), and even he encounters many sceptics who say that he’s not a real professor because he hasn’t done anything of significance. But I commend his efforts to communicate the latest scientific research to the wider audience; someone has to do this important work to keep science going.