In a Nutshell: Black Holes and the 2020 Nobel Prize in Physics

This year’s winners of the Nobel Prize in Physics have just been announced. This year, the award went to astrophysicists who made a significant contribution to the study of black holes. ITMO.NEWS and Anastasia Topchieva, junior research associate at the Institute of Astronomy of the Russian Academy of Sciences, explain what the scientists studied and what their research means. 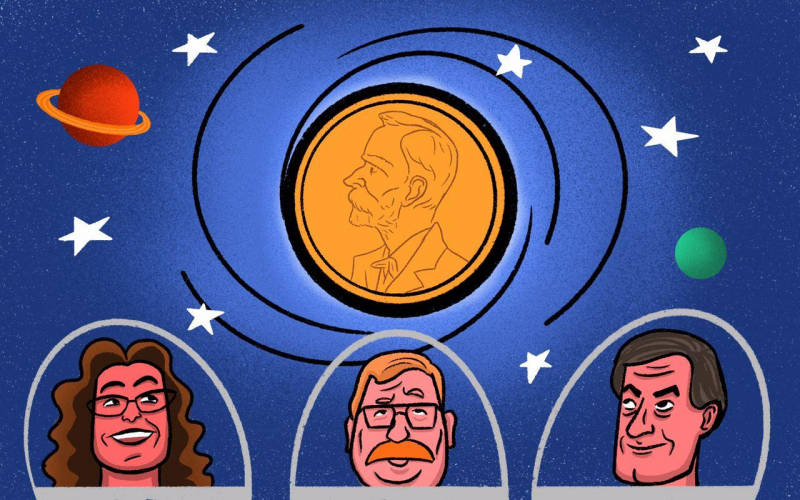 Who got this year’s Nobel Prize in Physics?

In 2020, the Nobel Prize in Physics was awarded to Roger Penrose for a theoretic description of a black hole and Reinhard Genzel and Andrea Ghez for the discovery of a black hole at the center of our galaxy.

What makes these discoveries worth the most prestigious scientific award?

Incredible objects that had only been theoretically predicted before have now been found in reality – it is a beautiful physical discovery. By studying black holes, we can understand how they interact with their surroundings and how they can affect the formation and evolution of various galaxies including our own.

I’ve seen people mention the theory of relativity. What does it have to do with anything?

It was with this theory that Roger Penrose mathematically described black holes while Ghez and Genzel were able to prove this prediction of the theory by spotting a supermassive black hole at the center of the Milky Way.

Genzel and Ghez have proved that there is a black hole at the center of the Milky Way. How could they do that from Earth?

To identify an object as a black hole, you have to first measure its mass. Reinhard Genzel and Andrea Ghez observed the movement of stars around a compact object at the center of the Milky Way. High-precision observations were conducted at the La Silla Observatory and Keck Observatory. Knowing the orbits of these stars and their period of revolution around the central object, we can calculate the mass of this object. It turned out that these stars were orbiting a massive object a million times larger than our Sun. Given that this object is invisible, it can only be a supermassive black hole. Other galaxies also have them.

They say in the news that these objects appear in place of stars. Does it mean that a black hole is a star “reborn”?

Stellar-mass black holes are the outcome of a star’s evolution. A star is born out of the cloud of gas and dust and the amount of matter taken from this cloud – the initial mass of the star – is what determines the result of its evolution and the course of its life. Black holes are formed by the gravitational collapse (or contraction) of stars at the final stage of their evolution. For a star to become a black hole, it has to have the mass of around 45 Suns, so that the remains of the star wouldn’t have enough support from the pressure of degenerated gas and will have to collapse into a black hole. Only a low-mass black hole can be the outcome of that, while the black hole at the center of our galaxy discovered by Genzel and Ghez is a supermassive one. There is one such hole at the center of almost any galaxy and the exact nature of their formation is yet to be understood.

Does it mean that we will all be one day sucked into this black hole?

No, that is not going to happen, because the attraction field of the hole is not strong enough for us to fall into it. It is too far away from us – at the distance of around 25,000 light years.