Researchers from ITMO University developed special nanocontainers that can translate the light signal into metabolic changes in bacteria. The containers consist of titanium dioxide nanoparticles coated with silver and polymers. Once the particles are heated with laser irradiation, the polymer conformation changes and the container opens, releasing the contents. Scientists tested the new system’s performance using a model enzyme, arabinose. However, it can be replaced with other active substances in order to use the containers for drug delivery. The research was published in Bioconjugate Chemistry. 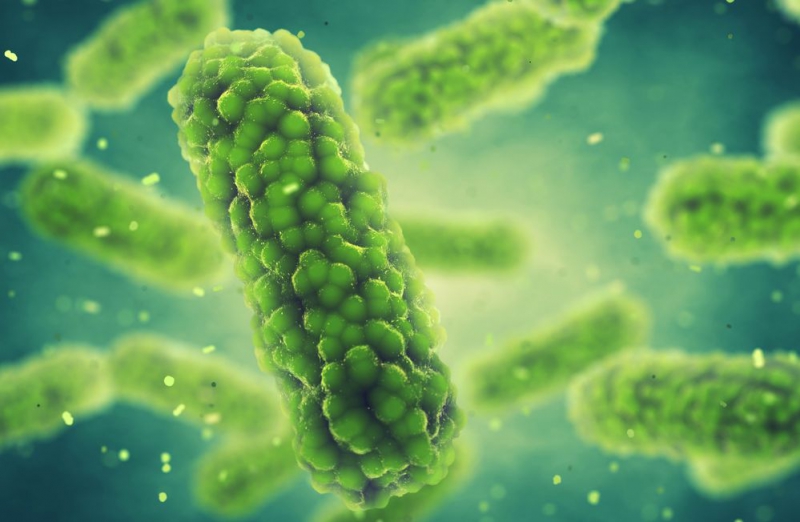 The problem of bacterial resistance to antibiotics is becoming increasingly important, so scientists are constantly looking for alternative ways to influence the metabolism of microorganisms. For example, researchers are now trying to control bacteria by physical means, such as exposure to light. Members of ITMO University’s SCAMT laboratory suggest using special light-sensitive nanocontainers for controlling bacterial metabolism.

Such nanocontainers have a porous structure composed of titanium dioxide with silver particles on the surface. This structure is loaded with an active agent through the pores. In this case, it was L-arabinose: an enzyme causing luminescence in a specially selected bacterial strain. Finally, the structure is covered with polyelectrolytes, which “seal” the pores, preventing the arabinose from spontaneous release into solution. Once the containers are placed in a bacterial environment, they are irradiated with an infrared laser safe for bacteria. The laser heats the silver particles, and the polyelectrolytes change their conformation, opening the pores. After that, the arabinose from the container enters the bacterial environment triggering the luminescence.

“We used a special bacterial strain that produces green fluorescent protein. We could easily “catch” this signal and see if the system worked: did the containers open when we irradiated them with the laser. This way, we can learn to “talk” with bacteria, control their metabolism and make them develop in a different direction. And all this with the help of light,” comments Anna Nikitina, the first author of the article, member of ITMO University’ SCAMT Laboratory.

According to the scientists, the developed containers might be used for controlled drug delivery. In the near future, researchers are about to test the system created on solid bacterial environment, as well as to use new bacterial strains. For example, strains whose radiation can sterilize the environment from the inside.

“This research is important since we managed to show the general principle of the system. It became a step towards a deeper understanding of living systems. In the future, this will help us better understand life and create systems with a specific metabolism on our own, up to an “artificial” cell,” said Svetlana Ulasevich, a researcher at the SCAMT Laboratory.