From May to September 2019, ITMO University Master’s student Antonina Dadadzhanova is doing a research internship at the Ben-Gurion University of the Negev, Israel. Her research is dedicated to the so-called stabilizer molecules, which are capable of destroying cancer cells when exposed to light or ultrasound. In this interview with ITMO.NEWS, the student shares about her internship and the difference between life in Russia and in Israel. 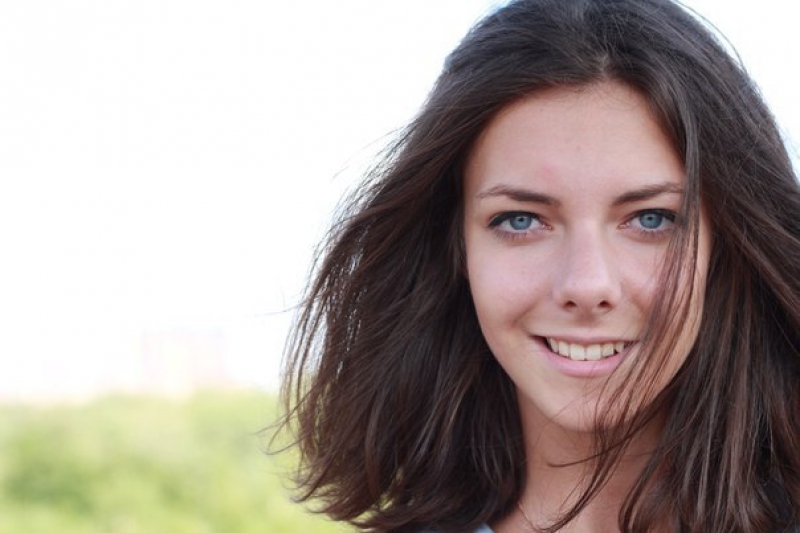 Please tell us about your research.

From the very beginning, when I just applied to the Master’s program “Physics and Technologies of Nanostructures” at ITMO University, I wanted to do research in this field. Here each student can decide for themselves in what direction they want to develop. For example, some students are more into theory rather than experiments, and they can focus on theoretical research of nanocrystals. I, on the contrary, am more interested in practical applications, and that’s how I learned about the International Laboratory “Hybrid Nanostructures for Biomedicine”, which specializes in the creation of structures that can be potentially used to treat cancer. At the laboratory, I was introduced to my future research advisor Anna Orlova who told me all about modern research conducted in this field.

At the moment, there are several treatment methods being developed to fight cancer. One of them suggests using special tetrapyrrole molecules capable of destroying cancer tumors. A great example of such combinations is chlorin e6. When exposed to light and oxygen, it generates one of the most active forms of oxygen, singlet oxygen, which can destroy cells. A distinguishing characteristic of chlorin e6 is that its molecules can accumulate in cancer cells. So, this is how it works: when exposed to light, chlorin e6 generates singlet oxygen, which, in its turn, causes cancer cells death.

The main problem associated with the use of these molecules for treating cancer is that they are only efficient for treating external forms of the disease, such as melanoma. The thing is that to perform such a procedure, one has to use light which makes this method ineffective for treating internal tumors.

To solve this problem, we can use ultrasound, which can get much deeper into the tissues. The process when ultrasound affects the human body is called cavitation. Ultrasound in water forms small bubbles, which, when subjected to higher pressure, collapse and generate a colossal explosion of energy, which can possibly kill cancer cells.

Did you start your research into these molecules when you were still in Russia?

Yes, at ITMO University, thanks to the International Research and Educational Center for Physics of Nanostructures, which has all the contemporary equipment needed. I studied physical and chemical properties of chlorin e6, because without understanding these properties we won’t ever be able to say what happens in the human body for this or that reason.

Unfortunately, nowadays it is really hard to find specialists with expertise in the field of ultrasound, namely ultrasound-enabled drug delivery and intracellular penetration. That’s why I jumped at the chance of doing an internship at the Ben-Gurion University of the Negev under professor Joseph Kost, which gained worldwide recognition for his research in the field of ultrasound. Right now, I am examining the impact of ultrasound on chlorin e6, as well as the impact of ultrasound on these molecules in cancer cells. Today, this project is funded by the Project 5-100, but we are also hoping to attract support from the Russian Foundation for Basic Research, an international grant of which we applied for together with professor Joseph Kost’s laboratory last year.

When will this technology start to be applied for treating patients?

The method of using tetrapyrrole molecules in conjunction with light, the so-called photodynamic therapy (PDT), is already applied in the treatment of cancer. The potential of sonodynamic therapy, which implies activation of the molecules with the help of ultrasound, is my current research focus. Before conducting experiments on living organisms (in vivo), you need to carry out a range of experiments on cell lines (in vitro), which is what I’m doing. The choice of the system is first and foremost dictated by the necessity to determine the physical mechanism of the activation of tetrapyrrole molecules by means of ultrasound. The next stage of the research will be determining the optimal conditions which would allow for maximal positive effect for this technology to cause in living organisms. This process can sometimes take from five to ten years to accomplish.

It has to be said that research in the field of therapy and diagnosis of oncologic illnesses is complex and multifaceted. It is often unclear which specific option can result in a pronounced positive effect. But there is potential, and you always have to try. If you don’t, nobody will. Do everything yourself and don’t rely upon anyone; this is what I believe in.

How did you get into ITMO University?

In actual fact, I am a communications operator by background: I did my Bachelor’s studies in Samara, at the Povolzhskiy State University of Telecommunications and Informatics. But when in my third year, I decided to pursue research activity, choosing nanomaterials as my focus. I’m continuing to explore this field at the Ben-Gurion University, but then I defended my thesis on this topic and enrolled into one of ITMO University’s Master’s programs. Unfortunately, the fundamental research I did there didn’t attract me very much. I still remember looking at the blackboard and failing to understand what I’d be doing in five years. At the same time, this is very important! And it’s great that other people work with nanomaterials in this way. I’m just not one of them.

At the moment when I finally understood that, I went up to Anton Starovoytov, who is responsible for the enrollment of students into the Master’s program “Physics and Technology of Nanostructures”. He told me about the opportunity to pursue the development and research of physical properties of systems for biomedical apps. I decided to reapply for this new specialization. A year after, I understand now that this first time I chose a research field that was just wrong for me.

So you think that if you don’t like the program you on, it’s better to just leave to find something more suitable?

Of course. My parents were sounding off then, asking me, “Are you saying that you’ll lose a whole year of studies if you leave?” In my opinion, it’s better to lose a year than understand later on that you squandered your time on validating somebody else’s expectations and keep on doing things that were of no interest to you. If a person feels that a certain sphere of activity is not for them (and this is applicable both for studies and work), they should definitely do something about it.

How do you find living and studying in Israel?

I really like it. It’s summer all the time, and they have a whopping four seas. What’s more, students have it good here: there are lots of free events and discounts. The only thing that can be difficult to adapt to is some aspects of the locals’ behavior. For one, people are not so willing to give up their places on public transport, don’t make the way for those exiting a bus, and tend to speak very loudly on the streets. It can be a bit hard at first for a Russian person that is used to order

One way or another, I’m really glad that I got the opportunity to do an internship at the Ben-Gurion University because the laboratory here has all the equipment needed for researching the impact of ultrasound on cells.

Do you plan to continue this research in Russia?

For sure, I’ll definitely resume my research at ITMO University. My scientific advisor Anna Orlova says that we are just in the beginning of understanding exactly how the impact of ultrasound causes the activation of tetrapyrrole molecules and how to use this approach in fighting cancer in the most effective way possible.

I will do my best to enroll in PhD studies, either in Russia or abroad. The most important thing for me is to have an opportunity to conduct experiments on modern hi-tech equipment. In five years, I see myself as an active participant of scientific collaboration; a cancer fighter in a lab coat, so to speak.

Antonina also made a video about her internship at the Ben-Gurion University, which you can see here (in Russian).