Solar cells have already become a symbol of modern technologies and fight for the environment. At the same time, the solar power industry is always on the go: manufacturers strive to improve the efficiency of their devices, and scientists and engineers look for ways to produce solar cells that wouldn’t require highly toxic materials. One of such methods has to do with using nanostructures made of carbon, a safe, affordable and reliable material, for producing solar cells’ supplementary layers. A team of scientists that included researchers from ITMO university has recently published a review on the recent advances in this field. ITMO.NEWS spoke to one of its authors, ITMO’s senior researcher Aleksandr Litvin, and learned how carbon helps make solar cells safer and more efficient. 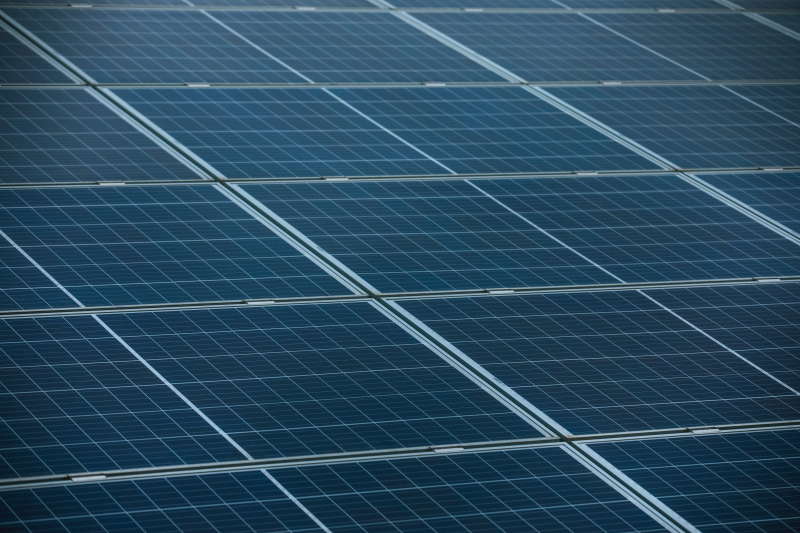 Nowadays, the development of the solar power industry resembles a race, and the competition takes place on all levels: there’s a struggle between various technologies and materials, among research teams, and among companies that produce solar cells. And even the smallest advances in efficiency count in this competition.

For now, solar cells are made from silicon, gallium arsenide, and perovskite, which all have their strong and weak points. In recent years, perovskite solar cells have been showing very good results, but there are still issues associated with this material.

Carbon to the rescue

The durability of a solar cell, as well as its efficiency, depends on not just its active layer where the energy is transformed. Like many modern devices, a solar cell is a layered structure – apart from the core layer, where pairs of electrons and holes are generated, there are also the electron and hole transport layers. Their task is to extract electrons and holes and then transport them to the corresponding electrodes. At the same time, they have to prevent the emergence of spurious reverse currents and protect the active layer.

Most often, it is organic molecules, polymers and metal oxides (of zinc, stannic, titan and others) that are used for these supplementary layers. But now, more and more scientists start using carbon nanomaterials for these purposes.

“What is the key advantage of carbon supplementary layers? They aren’t toxic and their synthesis is less labor-intensive; carbon is relatively stable and is good for protecting the perovskite active layer. Yet another advantage is that carbon nanomaterials can be tailored for a specific task, which makes it possible to use the same material for creating both electron and hole transport layers, something that you can’t achieve with other materials,” explains Aleksandr Litvin.

The first candidate for use in solar cells is graphene, the experiments with which were recognized with the Nobel Prize in Physics in 2010. Graphene has good conductivity, mechanical rigidity, chemical stability, and is easy to modify. As graphene is expensive, it is its cheaper derivatives that are used in the solar power industry: graphene oxide and reduced graphene oxide. The latter is most similar to graphene in terms of properties.

“The properties of graphene’s derivatives largely depend on their surface. This makes it possible to adjust a material for specific needs,” says Aleksandr Litvin. “If you can attach a large number of cesium or lithium atoms to the surface, then a layer of graphene oxide will be good at conducting electrons. If you attach a large number of chlorine or oxygen atoms to graphene’s surface, then it will be great for a hole transport layer.”

Still, there are some problems. The production of quality thin layers from graphene derivatives is currently done in laboratory conditions with the help of methods that are hard to apply in mass commercial production.

“Carbon nanotubes and fullerenes have very high conductivity, which is important for transporting charge carriers,” explains Aleksandr Litvin. “However, they are often used not as independent materials but in addition to metal oxides or polymers. Carbon nanotubes can act as “frames” for polymers by creating more efficient and stable hole transport layers. Fullerenes are used for the extraction and transport of electrons in combination with metal oxides or independently.”

The most technologically advanced solution is to use carbon dots and graphene quantum dots. The shape of these nanostructures is close to spherical, they can be prepared as stable colloid solutions. This makes it possible to easily produce thin homogeneous layers which makes production a lot cheaper.

“Graphene quantum dots’ distinctive feature is that the width of their bandgap and therefore their properties change depending on their size. This offers an extra opportunity for adjusting the properties of nanostructures for using them in specific devices.The properties of carbon dots can be adjusted by doping or functionalizing their surface, which is also promising in regard to controlling a material’s functions,” says Aleksandr Litvin.

It’s a long way ahead

Despite their differences, all carbon-based nanomaterials have common advantages: they are good at protecting perovskite from external influences and they are effective at extracting charge carriers and transporting them to electrodes. There’s also one more advantage: an active perovskite layer that was formed on the surface of carbon nanostructures often has better quality and therefore provides for a higher efficiency of a photovoltaic device.

And yet again, there are still applicational and fundamental problems that hinder a wider introduction of carbon.

“We need to further develop the technologies for applying nanocarbon layers. The existing technologies are either too expensive, although they offer carbon nanostructures of the highest quality, or can be used on a laboratory scale only. There are also fundamental issues that have to do with the processes of interaction of perovskites and carbon nanostructures, as well as mechanisms for suppressing hysteresis and improving devices’ stability. As of now, we have lots of experimental data on these processes, but we need to come up with theories that will allow us to forecast the properties of such structures,” concludes Aleksandr Litvin.

This way, solving these issues can strengthen the position of perovskite solar cells in the race for efficiency that now seems to be at its height.