How and Why Do Scientists Create Nanorobots?

We can often read about nanorobots in various scientific articles. They are said to be one of the most promising tools to combat serious diseases. But what are nanorobots? In this article, ITMO.NEWS joined forces with Diana Markozashvili, participant of the ITMO Fellowship and Professorship program, to answer all your questions on the topic. 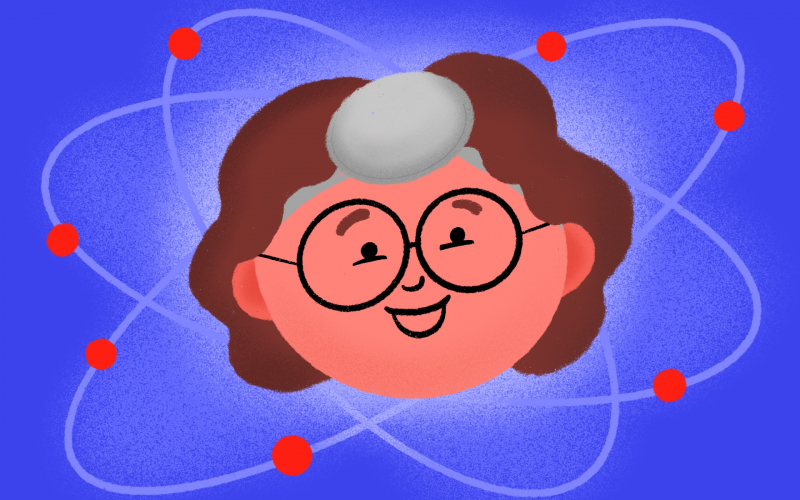 I hear a lot about nanorobots everywhere, but what exactly are those?

The term “nanorobots” most often refers to structures with programmed behavior that can interact with and manipulate other objects. And all of that at the nanoscale – at the atomic and molecular level. Such robots can range from one-tenth of a nanometer to 100nm in size depending on their ultimate structure.

And do they have microchips and manipulators?

No, they don’t have the usual microchips from semiconductors or metal manipulators. They consist of atoms and molecules, and their arrangement can vary significantly. Such structures can be made from organic (proteins, nucleic acids) or inorganic (silicon, carbon, ferrous materials) compounds and their combinations.

Why, then, are they called robots?

Here, a distinction has to be made between nanomachines and nanorobots. The main difference between them is that the robots need to have not only the sensor and motor units but also a processor as a separate functional part. Otherwise, it is a machine. Thus, in this classification, nanorobots have not been created just yet, though researchers are moving in this direction.

And what are nanomachines?

Nanomachines consist of atoms and molecules, which are analogous to motors, manipulators and moving parts of robots from the macroworld. One example of a nanomachine created by nature is a flagellum of a bacteria – it is an actual automaton with a microscopic “electrical engine” and a “rotor”, which bring the flagellum into rotational mode. Another example is a walking molecular robot created by American engineers – it can walk down the DNA and perform orders like “go”, “turn”, and “stop”. Thus, machines can be programmed for a certain type of behavior. For instance, the group Molecular Robotics and Biosensor Materials at ITMO’s SCAMT creates nanomachines from DNA molecules. Their behavior is programmed not by a digital but by a genetic code.

And how can we program a nanorobot or a nanomachine if they only consist of a couple of molecules? How are they created?

Let’s consider the DNA-based nanomachines created at SCAMT. Knowing their genetic code, the researchers select a certain sequence of nucleic acid chains and then synthesize DNA chains. Thanks to the laws of chemical bonds formation and the complementarity principle, these DNA chains form a certain structure that can identify and connect other DNA or RNA molecules, or separate them. Thus, the machines are initially designed to only link one kind of molecules but not all the others.

They say that nanorobots can be used to treat various illnesses. How can that happen?

A nanomachine can be targeted against a pathogen that caused the illness. Or, if we’re talking about endogenous illnesses, those that occur without external pathogens, such as cancer, then we need another approach. Each illness has its own set of molecular markers that it can be identified by. There also are broken processes that can be mended or redone. If that is impossible, we can simply destroy the broken cell. Researchers have created a nanomachine one part of which can identify that the cell is unwell while the other part targets the most vital network inside the cell, thus destroying it. That way we can selectively destroy affected cells while keeping the healthy ones intact.

If they are so effective, why isn’t every hospital equipped with them?

It is a long journey from the initial idea to the final outcome, especially when we are talking about using it on people. First of all, the system needs to be perfected, we need to make sure it works unfailingly and the levels of toxicity and side effects are not critical. The new structures are first tested in a tube, in situ. Then come the cells living in artificial conditions, in vitro testing. After that, the machines are tested on living organisms, for instance, on mice, and those are in vivo experiments. All of those are pre-clinical tests. If all goes well, researchers proceed to the next stages – clinical tests on volunteers. Clinical tests also include several steps. And only after all of those stages have been successfully passed can the new treatment start being produced for the market.

And how soon will nanomachines be the common way of diagnosis and treatment?

The modern trend in inventions is smaller size and higher efficiency. That is why bionanotechnologies, which bring together engineering and biochemistry, are becoming more and more popular. A nanomachine has a number of functions that can be controlled, while also having access to objects at the nanoscale, which opens new opportunities for detection and treatment of various illnesses. But unlike computer technologies that have rapidly transformed our daily lives, bionanotechnologies will need to take a longer way first to the market and then to our day-to-day. But that is only a question of time.