Traveling at the Speed of Light: What Is Special Relativity?

In 1915, Albert Einstein’s general theory of relativity famously revolutionized our understanding of gravity. However, it’s a lesser-known fact that special relativity was the precursor of this discovery. In this article, we talk to Georgy Sizykh, a PhD student at ITMO’s Faculty of Physics, about the way the theory of special relativity came to be, how it can help us slow down aging, and what is the connection between space and time. 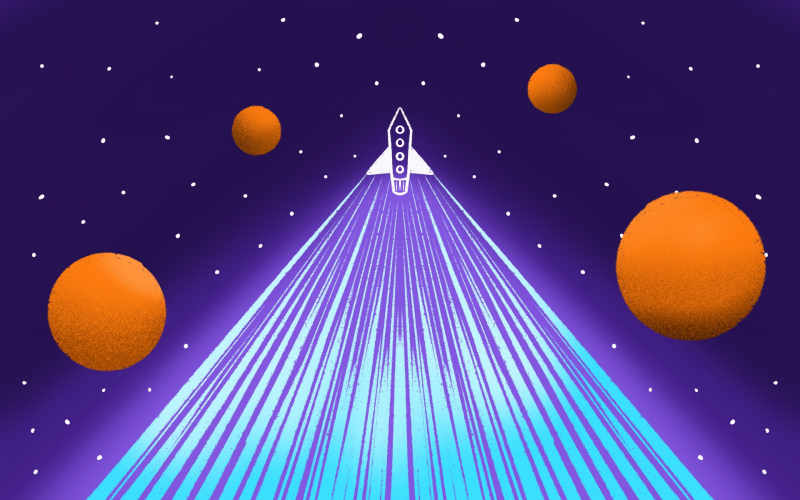 Why did we need the special theory of relativity?

By the late 19th century, physicists had a long list of observations that couldn’t be explained by means of any classical theory. One of them was that the speed at which light propagates remained a constant in different frames of reference, which contradicted the well-known velocity-addition formula, according to which the speed of light from a moving source has to be greater than that from a stationary one. Hendrik Lorentz, a Dutch physicist and a Nobel Prize laureate (1902), used the concept of aether and the assumption that the speed of light is constant to derive transformations that linked coordinates and time in one frame of reference to that of another moving in relation to the first one. These transformations differed from the common Galilean ones and predicted unusual new effects that accompany the movement of bodies at near-light speeds. In 1905, Albert Einstein merged the contemporary ideas in physics and math to produce one coherent special theory of relativity (or special relativity for short).

What is the theory about?

What happens to space in special relativity?

According to Newton, the velocity-addition formula means that a body can move with unlimited speed. In special relativity, the ultimate speed is the speed of light, which leads to a number of unusual and seemingly paradoxical consequences of this theory. One of such examples is length contraction. If a passenger sitting in a moving train will measure the length of the carriage, they will get one number, but if the same length is measured by someone standing on the platform, they will get another – and a smaller one at that. However, all of these effects only become noticeable at near-light speeds and we don’t really notice them in our daily life. The consequence of length contraction works in space, too. Interstellar journeys last very long and for the travelers, it will be the space itself that will be rushing by, as they won’t perceive their own movement. That’s why according to length contraction, distances in this moving space become shorter and we end up with the well-known phenomenon: while the travelers consider their journey short, it will seem longer to us from Earth.

And what happens to time if we move at near-light speed?

To us, who move with speeds much less than that of light, the most unusual thing will be the effect of time dilation. For instance, time will flow differently for two astronauts, one of whom is in a spaceship moving at a near-light speed and another – in a stationary one. As time will flow slower for the faster traveler, when they meet, the second astronaut will be older than the first one. Let’s consider another example. Proxima Centauri, the closest star to the Sun, is located about 4.2 light-years away, which means it will take about 4.2 light-years to get there from Earth when moving at a near-light speed. Because of time dilation, a lot less time will pass for those traveling onboard the spaceship. Depending on their speed, it can be months, weeks, or even days. Another consequence of special relativity is the relativity of simultaneity. Imagine a train carriage where to open a door you need to press a button. This button will turn on a light in the middle of the carriage and as soon as this light reaches a sensor on the door, it will open. If a passenger of a moving train were to press the button, the doors in each end of the carriage would open simultaneously. However, an observer on the platform would see that one of the doors is moving towards the light, while the other one is moving away from it. For this observer, the doors would open at different times: first the one closer to the front of the train and then the other. And both the passenger and the observer would be right.

Why is the speed of light important?

By developing spaceships that can travel at near-light speeds, we can make interstellar travel possible – for instance, we will be able to visit faraway planets and galaxies and get there in a reasonable amount of time. Near-light speeds are also common on particle accelerators, such as the Large Hadron Collider. However, the researchers are interested not in the speed accumulated by particles, but their energy, as it’s the reason why new particles are born from the collisions of the already studied protons, electrons, and positrons. These new particles, such as the Higgs boson discovered in 2012, broaden our understanding of the elementary particle family.

What role does special relativity play in our daily life?

There are other applications of special relativity. For instance, it explains how muons, elementary particles that form in the outer layers of the atmosphere, get to Earth. Their average lifespan is 2.2 microseconds, and theoretically they should disintegrate long before they cross the approximately 100 km of distance to the planet’s surface. In actuality, however, they successfully get to Earth because of time dilation and length contraction. This observation can be used to develop a muon accelerator. Another example is the movement of satellites and the GPS navigation system. According to special relativity, time runs slower by 7 microseconds for satellites compared to observers on the planet’s surface. However, general relativity states that an atomic clock will go faster by 45 microseconds because the satellite is located far from a massive object, Earth. That’s why to even out the difference in calculations of two theories and detect the location accurately within 5-10 meters, the onboard atomic clock has to go faster than those on Earth by 38 microseconds a day.

Are there any exceptions to the special theory of relativity?

Naturally, every theory has its limitations. As special relativity is just a specific case of the general theory of relativity, it does not describe the movement of bodies in a spacetime distorted by massive objects like black holes or the Sun.
Back to top