Dr. Arti Agrawal, lecturer of City University of London and Vice-President of IEEE Photonic Society’s Women in Photonics initiative, came to ITMO to take part in the International Optical Seminar including the session Women in Photonics. ITMO.NEWS asked the scientist about career development and gender discrimination. 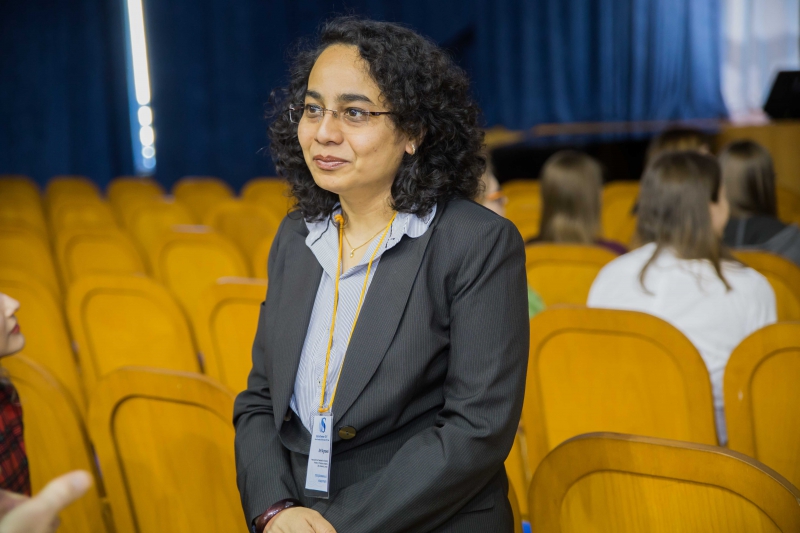 What research do you conduct these days?

I work as a senior lecturer at City University of London – my projects are related to modeling of optical waveguides and various optical structures such as solar panels, sensors and terahertz waveguides. As of now, I am working on plasmon nanolasers and devices based on graphene. However, apart from research I also teach Bachelor students and head an educational program on engineering and entrepreneurial management. I also take part in volunteering projects initiated by IEEE Photonics Society, Optical Society of America and IEEE Photonic Society’s Women in Photonics initiative.

When did you decide to devote yourself to science?

My father wanted me to become a physician or a state official, but I was never interested in these fields. I made the decision to become a scientist when I was a child but at that time India had no a space program. Now it prospers in this field, but back then it wasn’t like that.

When I got a Master’s degree in physics I entered Indian Institute of Technology (IIT) to receive a PhD degree. We had three disciplines such as plasma physics, solid state physics and optics. I chose the last one and decided to develop in this field. Would you please talk about your career path? What difficulties did you meet?

It has never been very challenging. I always worked as a scientist and never joined any corporation. My target was to devote myself to science – in these terms, my dream has come true – there is no sense for me to focus on something else. When I was a child I couldn’t even imagine that I would have so many opportunities, I mean volunteering projects and travelling all around the world. These activities contribute to my personal development, which is equally important as career growth.

As for the difficulties I met, I can mention two things. When I moved from India to the UK, it turned out that these countries are completely different in terms of culture. Despite that fact that I knew a lot about western traditions, I grew in a wealthy family and lived in Delhi, which is a large city, it was difficult for me to adjust to the new culture. It was challenging to figure out all these dissimilarities.

The second challenge I met was the main reason to join volunteering activities of the Women in Photonics Initiative. When I studied in India I had more female groupmates that male ones. I’ve never had difficulties related to my gender. So, I thought that the UK also develops progressive principles, but it was wrong. I realized that there I met discrimination more frequently than in India. Obviously, nobody tells you something controversial face-to-face but stereotypes often influence people when they make important decisions. When I came here I was surprised that I met lots of self-confident and successful women. It is wonderful! I also like that fact that Russian science attracts so many women. To my mind, Russia has no such problem as gender discrimination. However, the issue one has to pay attention to is assisting students in development and career.

What can you advise students who plan to work in the field of photonics?

First of all, one needs a communication system to make contacts between specialists from different cities, universities and companies. This will give young people an opportunity to gain the experience form highly skilled researchers. The youth will be able to find a supervisor who can help them choose and focus on some interesting field. For example, my supervisor assists me to make plans for the future. It is necessary to have somebody with whom you can consult so as to find your way and avoid mistakes.