ITMO Fellowship Stories: Italian Professor Shares his Thoughts about the Stradivarius of Science

Neural science has been trying to progress in understanding how the brain works for many years, focusing on humans to analyze inner processes. But what if the answer is not inside us? What if physicists can figure it out by creating a system simulating the brain’s processes? 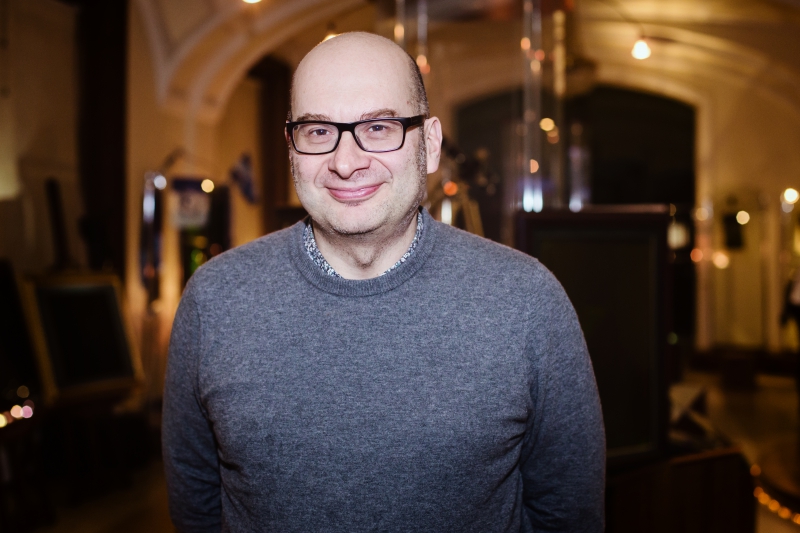 Roberto Morandotti, physics, Professor at the National Institute of Scientific Research (INRS) in Montreal and author of several articles related to nonlinear optics, terahertz photonics and quantum optics came to St. Petersburg to join ITMO’s Fellowship Program. According to him, he is a real traveler. Indeed, Dr. Morandotti got extensive research experience working in many countries all around the globe. He got a Master’s degree at the University of Genova (Italy) in 1993. Then he received a Ph.D. position in Glasgow – where his Scottish colleagues recommended him to Stewart Aitchison, at the time a professor at the University of Glasgow. Mr. Morandotti started collaborating with him in 1996. Three years later, he got a PhD in photonics from this university. He also worked in Israel and Canada where he has been living for over 15 years.

When Roberto Morandotti started to establish himself as an independent researcher in Canada, he soon realized that it would not be so easy to find funding for purely fundamental projects the way he had done before. He started looking for devices that could be directly applied to the optical fiber network, including novel glass microring resonators, which are increasingly used to generate optical frequency combs – one of such systems is now used in the framework of his collaboration with ITMO.

Mr. Morandotti currently conducts experiments in the field of optical reservoir computing in collaboration with Professor Evgeny Victorov, head of the International Laboratory “Laser Systems.”  The Professors shared some details of their research.

How did you know about ITMO and the Fellowship program?

Roberto Morandotti: I visited St. Petersburg several times to attend conferences. And I really love this city, because of its history, its beauty and the friendliness of its people. A colleague of mine previously mentioned that ITMO was advertising a position for visiting professors and I decided to apply. At the time I was not acquainted with any researcher there but I said to myself “Why not?” I was initially skeptical yet finally, Professor Viktorov called me and offered this exciting position, to both my delight and surprise.

Evgeny Viktorov: My co-chair Guillaume Huyet is a good friend of Roberto because they worked together for some years when they were both PhD students. So we started to collaborate as soon as Roberto’s fellowship had been confirmed. We started with a Skype conversation. Then he came to St. Petersburg for two months during the summertime and now things are going quite well!

Roberto Morandotti: indeed, the first joint article, recently published as a Focus Article in Nature Photonics, proves that we are luckily on the right track! Our approach can create new high precision lasers and optical systems that were never devised before.

Would you please talk about the project you are working on? [The project is called “Optical Reservoir Computing for Machine Learning at the Speed of Light”  -Ed.].

Roberto Morandotti: Usually people tried to simulate the behavior of a brain using software, but software relies on electronics, which tends to slow things down. Our broad idea is to do that by converting the information into an optical pulse. With a device that creates an intracavity field, we analyze light pulses using special frequency combs. A comb can be compared to a neuronal net.

Evgeny Viktorov: The idea of computing using neuron nets is old but traditionally it was based on binary schemes. This did not properly work for 40 years because binary systems provide a well-defined frame, which may result in unavoidable restrictions. Now we are trying to apply the idea of neural nets to optical systems. Neurons have nodes and these nodes, which are randomly connected, can be simulated using optical circuits. It is a complicated system consisting of several hundreds of nodes, but we have the potential to control it.

The current electronic systems, mentioned by Dr. Morandotti, might be ineffective. First of all, the reason is extensive energy consumption – electronic devices “devour” energy. For instance, to cool today’s data centers humankind spends 20 per cent of the energy they annually produce. Not surprisingly, a whole field of research, called green photonics, is currently devoted to replacing electronic devices with optical ones.

Did you have any difficulties along the way?

Roberto Morandotti: For today’s experiments in quantum and nonlinear optics we need (on top of good ideas!) single photon detectors, ultrafast oscilloscopes and spectrum analyzers, as well as various calibration systems – all these instruments are very expensive.

Evgeny Viktorov: in fact, it is not a problem to make a laser which costs one euro, the question is, what next? To conduct an experiment you have to measure something precisely; for this purpose one needs expensive equipment.

Roberto Morandotti: If I can say my opinion, making an experiment with poor instrumentation is like playing classical music with a violin from a toyshop instead of using a Stradivarius!  The results are certainly very different, and noticeable even to a profane…

You supervise a group of PhD students. Would you please tell us about this experience?

Roberto Morandotti: I am very lucky to work with PhD students and Postdocs that are better than me, I mean they are excellent scholars. They learn something from me, I learn a lot from them. My style is to give students responsibility (they get quite a lot) but at the same time, I try not to suffocate their ingenuity and enthusiasm. It is all about freedom, creativity and yet, hard work. Dr. Viktorov and his team give us theoretical support and share their beautiful ideas, yet everybody is free to make suggestions and propose their own experiments.

When I worked in Glasgow and Israel (during my PhD and Postdoc, respectively), I was lucky enough to study under two exceptional supervisors (Prof. Stewart Aitchison and Prof. Yaron Silberberg), who always gave me (on top of a rigorous framework) the freedom and the means to pursue my scientific dreams.

Can you give some advice to young researchers?

Roberto Morandotti: Science is not a simple 9 to 5 job, but is rather a life-passion and a way of living. I advise young people to follow their dreams by working hard while acquiring a solid scientific background. Science is like art – being versed in the most refined techniques is a must for every artist.

Other qualities I seek in young people are, for example, vision and creativity. Let us suppose I advertise a position in a given topic of research, and I receive two applications. One from a postdoc who has been working in this field for several years and has already several related publications. Another candidate is a researcher in a rather different field. If the second one is a brilliant scholar, who shows creative thinking and enthusiasm, I will give him or her a shot! Often people who work in the same field for several years tend to repeat themselves and risk getting scientifically bored (and boring).

Do you plan to continue your collaboration with ITMO?

Roberto Morandotti: I will work as a visiting professor for at least three years. It would be wonderful to open a lab together with Dr. Viktorov if I had a chance. We will then be able to invite students from all around the world because I believe that science does not belong to individual people or societies, but to every human being.

In fact I strongly feel that the most important thing we do as ‘senior’ scientists is educating young people, not only scientifically, as many of them are already very talented in physics and mathematics, but also teaching them how to work in a team and yet, not just follow their supervisors and senior colleagues, but think outside the box. I hope we will have a long-lasting collaboration with ITMO. As I am living in Montreal (Canada), the famous Russian winter is certainly not a problem for me! And in the meantime, Dr. Viktorov and I plan to move forward on our experiment, and get some excitement doing that. Hopefully, the best is yet to come!