Last week, the gravitational wave observatory LIGO detected the waves resulting from a merger of a pair of black holes approximately one billion light years away from Earth. Two years ago, the first such discovery caused major excitement in the scientific community. Today, such events seem mundane. Yet, this year’s Nobel Prize in Physics, awarded to the scientists responsible for the LIGO project, shows that this research will remain highly relevant for quite some time. This year’s list of nominees also included those who are trying to explore the qualities of graphene. During an Open Day at ITMO’s Faculty of Physics and Engineering, scientists spoke about the impact that gravity waves and graphene have and will have on both science and everyday life. 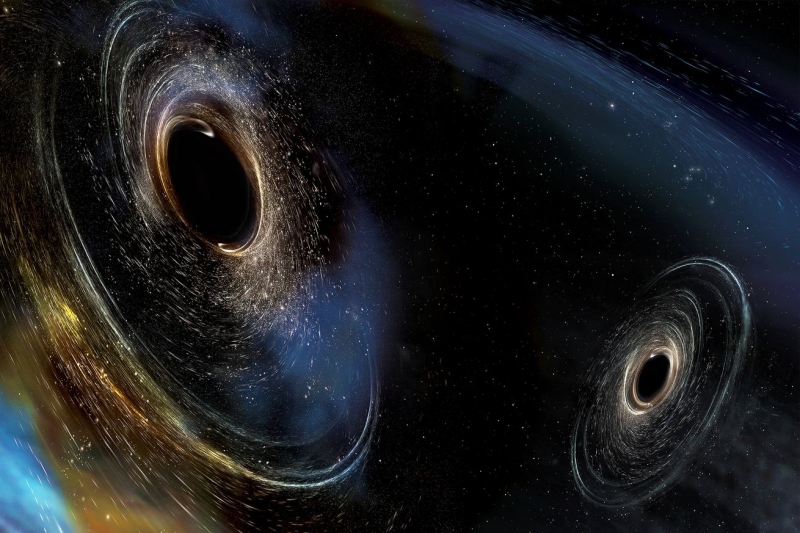 Gravity waves – the key to mysteries of space

There is no Nobel Prize in Astrophysics, but there have been many times in history when space-related research got the prestigious award, says the first lector, professor Alexander Ivanchik from the Ioffe Institute. In 1936, the award was split between the two scientists, Victor F. Hess and Carl D. Anderson, who discovered cosmic radiation and the positron, respectively. In 1974, it was given to Martin Ryle and Antony Hewish for their work in radio astrophysics, namely the discovery of pulsars.

In 1978, the award went to Arno Penzias and Robert Wilson for the discovery of cosmic microwave background radiation. This radiation, a leftover effect from the Big Bang, is a major source of information about the first moments of the Universe. The discovery has been very impactful; in 2006, John C. Mather and George F. Smoot received another award just for in-depth research on the same topic. Einstein, who had predicted gravity waves, received his Nobel in 1922 for the discovery of the photoelectric effect and his other contributions to physics. Among those “other contributions” is his famed theory of general relativity. So why wasn’t he given an award for that one? Back then, there was not enough experimental proof to prove it, although the theory explained all the shortcomings and inconsistencies in the physical theories of the time

“Isaac Newton’s theory of gravity is still quite sufficient when talking about the Earth and its “close” surroundings, like the Solar system. Its point is simple: massive bodies are attracted towards each other, meaning that gravity is a force of attraction. But even Newton himself understood that it’s not all quite that simple. This force must be instant and far-ranging to spread through the vacuum of space. As research accumulated, more and more predictions would contradict Newton’s theory. Einstein, however, had introduced a new theory by completely rejecting the concept of “force”. He claimed that there are no gravitational forces – instead, there is the effect of space being warped by massive bodies,” – explains Alexander Ivanchik. Euclidian geometry dictates that a body that is not affected by outside forces will travel in a straight line using the shortest path. In classical physics, an unaffected beam of light is a straight line. However, in space there are massive bodies that warp the fabric of space itself and, thus, the straight path of most celestial bodies becomes cone-shaped and finite. That’s why most massive bodies have satellites: Earth has the Moon, while the Sun has its planets.

According to Einstein’s theory, any moving massive object “upsets” space. That “perturbance” is what gravitational waves are. Therefore it is not something that is radiated by the object itself, but the effect of structural change caused by its movement. The great scientist himself, however, did not believe that gravitational waves can ever be detected due to how weak they are. Those that may be detected have to be produced by truly massive bodies moving at extreme speeds. The idea of using laser interferometers – which, in the end, were used to detect gravitational waves in 2015 – was proposed back in 1962 by Soviet physicists Vladislav Pustovoit and Mikhail Gertzenshtein. The system is quite simple: mirrors are placed at the ends of two perpendicular tunnels and laser beams are emitted between the pairs. If the beams return at the same time, they “nullify” each other and no signal is registered. However, if one of the beams returns later, the sensors register a signal. Such a signal was detected in 2015 at two LIGO installations in the US. However, a great deal of effort was required to achieve this. “A highly sensitive system isolated from all external influence had to be created in order to detect gravitational waves. It was being perfected for some 20 years. Finally, a disturbance was detected, caused by a merger of two black holes 30 times the mass of our Sun. The merger itself, though, had occurred 1.5 billion years prior,” – explains Ivanchik.

So how are these signals, which have come from so far away, analyzed? How do scientists know that those were, indeed, two black holes? Researchers employ the existing physical models that allow them to determine the properties of the source of gravitational waves by the frequency, amplitude and other parameters of the registered signals. Today, scientists can even identify exactly where the waves come from, as, in addition to the two LIGO units in the US, there is also the VIRGO interferometer in Europe, and others will soon be constructed in India and Japan. There are even talks of building a gravitational observatory in space. Such an observatory would consist of three satellites, equipped with mirrors, exchanging laser signals between each other. The distance between each of the satellites would be equal to the size of our Solar System – perhaps, such a system would be able to detect an even bigger number of gravitational waves. The advantage of such a system is that in space, laser beams would see nearly no external interference.

According to Alexander Ivanchik, gravitational waves help scientists detect events that have not been studied well. Recently, LIGO discovered gravitational waves caused by a collision of two neutron stars and identified the precise location of their source. Neutron stars are still somewhat of a mystery to scientists, so this signal will be helpful in understanding their nature. What’s great about gravitational waves is that they can be observed in their original state – after all, it is a distortion in space itself. Optical telescopes, for instance, cannot observe some parts of the universe because of space dust or other obstacles. Gravitational waves, however, let us “see” everything.

Among this year’s nominees for the Nobel Prize in Physics were researchers from US and the Netherlands who made a significant contribution to research in carbon nanotubes, graphene nanoribbons and their use in electronics. What are these things? Why are they so popular? Ivan Iorsh, head of ITMO’s International Laboratory of Light-Matter Coupling in Nanostructures, expanded on the subject. What is graphene? It is an atom-thick layer of carbon atoms bonded together in a honeycomb lattice. Andre Geim and Konstantin Novoselov, the laureates of the Nobel Prize in Physics in 2010, were the first to produce “pure” graphene. The method they used to discover it was quite simple: the scientists would take a piece of scotch tape, apply it to a piece of graphite, peel it off, put it on glass and study what remained on the glass. In this manner, they managed to discover the small particles that constitute an atom-thick layer of carbon.

“In fact, when you write things down with a regular pencil, small bits flake off the lead core – these, too, can be monoatomic. What Geim and Novoselov managed to do is identify graphene and describe its properties; before their research, there were quite a few theoretical works on graphene and other carbon modifications,” – explains Iorsh.

The physical properties of graphene are dependent on the electronic properties of carbon atoms. Electrons of graphene act like zero-mass relativistic particles in a two-dimensional space. The speed of such particles is three times higher than that of light, and they are able to move from one graphene atom to another. Moreover, relativistic particles are susceptible to the so-called Klein paradox. In essence, it states that if a barrier is somehow placed in front of a moving electron and the electron’s kinetic energy is higher than that of the barrier’s potential energy, the particle will go through the barrier; otherwise, it is reflected. In quantum mechanics, this barrier can be overcome even if the particle’s kinetic energy is less than the barrier’s potential. For relativistic particles, such a barrier barely exists; it is “transparent”. So what are the properties of graphene structures and its physical modifications? Graphene can be used to produce a nanotube – a rolled-up “sheet” of graphene. Depending on the manner in which it is rolled up, it may serve as a conductor or a semiconductor. Nanotube conductors are noted for the immense density of current they are capable of conducting. For comparison, the conductivity of a nanotube is four thousand times that of copper.

Nanotubes are also highly resistant to rupture, which is why those who attempt to design a space elevator hold them in high regard. Per the most popular design, such a structure can be made by tethering a cable between the surface of Earth and an orbital station. Researchers are hoping to construct such a cable using nanotubes, although the current length record for such a cable is a mere 20 centimeters. The issue is that nanotubes must be defect-free and their structure must remain uniform in order to preserve their properties. Composite materials using graphene nanotubes are already employed in the industry. For instance, graphene can be added to plastic to make it more durable and electroconductive. Special ship coatings are also made, which utilize the nanotubes’ hydrophobic qualities. A flexible microchip has already been made using nanotube technology. However, the most well-known nanotube-based polymer is Vantablack. Made up of a great number of nanotubes on top of an aluminum surface, it absorbs nearly 99.97% of all light, causing all objects coated with the material to appear completely shapeless.

Graphene has motivated scientists to seek out and study other two-dimensional structures possessing new, astounding properties. Researchers are also looking into the creation of multi-layer structures in which each layer is a separate two-dimensional structure with a desired set of properties. It might be some time before we see that idea brought to life – says Iorsh – as the technology is not advanced enough for now; however, development will surely continue.