The Russian Government has awarded Professor Andrey Rogach and ITMO University’s International Research and Education Center for Physics of Nanostructures with a “megagrant*” to facilitate the creation of the Laboratory “Light-emitting Carbon Quantum Nanostructures”. There, scientists will study new methods for synthesis of carbon nanodots, which are expected to find use in LEDs and for the purpose of biomedical sensing, i.e. the analysis of chemical substances in living tissue. These new eco-friendly structures will greatly fit into today’s popular “green” nanophotonics concept 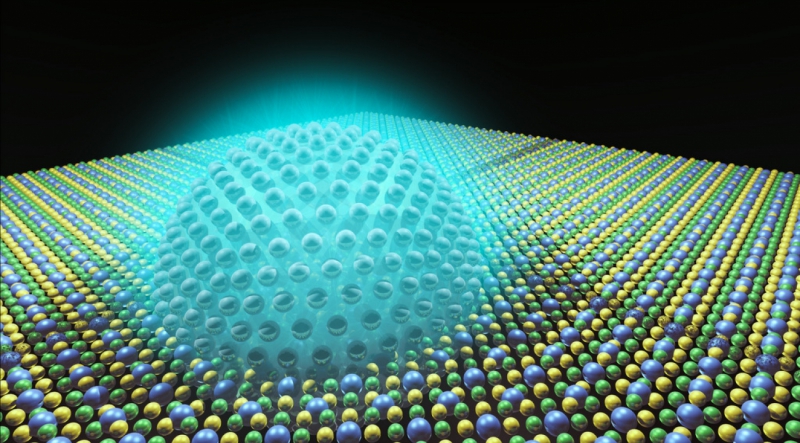 These are nano-sized structures that consists of one or several layers of graphene – which is an atom-thick layer of carbon atoms. Carbon dots’ optical properties, just as with other quantum nanostructures, depend on their size and shape. However, carbon dots are also highly effected by their chemical make-up and structure, meaning that one could create a nanostructure with completely new optical properties by replacing some of the carbon atoms with atoms of other elements or applying a special molecular complex onto a dot’s surface. A modified carbon quantum dot would emit light on a specific wavelength. As of today, scientists have managed to produce carbon quantum dots capable of effective luminescence in the blue and green areas of the spectre. Unlike regular quantum dots, where the spectral position of luminescence bands is determined mostly by the nanocrystals’ size, carbon dots’ spectral and kinetic properties are determined for the most part by their inner structure, the presence of volume and surface defects, as well as the type and number of integrated foreign atoms that substitute carbon atoms.

The main task that would stand before the staff of ITMO University’s new laboratory is the development of synthesis methods for carbon nanodots of various composition and structure. Scientists will also study and model the physical processes that determine the spectral and kinetic properties of nanodots’ luminescence. It will be necessary to develop the scientific basis of methods and approaches that would let researchers manipulate the optical properties of these fascinating objects. For instance, if some task requires luminescence in the red area of the spectre, scientists would know just what physical modifications must be made to a carbon quantum dot to achieve the right effect.

The luminescence spectre of the quantum dots available today covers mostly the blue and green areas, while the red and yellow areas are significantly weaker. One of the laboratory’s goals will be to identify the parameters of quantum dots that should be modified to expand their color spectre. “Up until today, methods for synthesis of carbon nanodots with varied luminescence parameters were based mostly on the data from disaggregated experimental research. The time has come to formalize, categorize and update this information so that we can model the physical processes that determine the optical parameters of carbon dots and learn to control their properties. Such an achievement will be important for various applications in nanophotonics and biology,” – comments Alexander Baranov, head of ITMO’s “Optics of Quantum Nanostructures” Laboratory.

The new research unit will be created with help from the staff of ITMO’s Research and Education Center “Physics of Nanostructures”, which has collaborated for years with Prof. Andrey Rogach, founding director of the Center for Functional Photonics at the City University of Hong Kong. Prof. Rogach is one of the world’s most cited scientists in the field of photonics materials, as well as a pioneer and renowned expert on synthesis of carbon quantum dots. ITMO University’s team, in turn, possesses a great deal of experience in what has to do with studying the optical processes in semiconductor quantum dots of various types and theoretical modeling of their electronic structure. This partnership can be expected to result in world-class research.

Carbon dots capable of stable luminescence with a high quantum output in the wide part of the spectrum would be useful in the development of new practices in luminescent biological sensing and visualization of biostructures. Sensing is based on introducing special marker substances into a living organism; due to their special properties, these markers attach themselves to particular cells. If they are illuminated by special radiation, they radiate light and help identify where the cells are located.

Today, most quantum dot-based luminescent markers use semiconductors that contain toxic elements such as cadmium or lead, and their use in vivo is contested by medical experts. Markers made using carbon nanodots would be bio-compatible and low in toxicity. Besides, the abundance of “empty” or “cutoff” chemical connections will greatly increase the possible range of biostructures to which these markers may attach. As for the creation of carbon dots capable of producing red luminescence, this will open up possibilities for use of red-green-blue sets of dots as active elements in LED and QLED displays.

All the practical applications of carbon dots adhere to the concept of “green” nanophotonics. This concept also includes research concerning solar panels, photoelectric devices, energy-saving light sources and displays, clean materials and other technologies that use sustainable energy sources and materials and reduce harm to the environment.

Note: the Russian Government awards grants of up to 90 million rubles for three-year research projects (2018-2020). This fall marked the sixth megagrant competition, with ITMO’s Research and Education Center “Physics of Nanostructures” winning for the second time. 34 other scientific teams have received grants in numerous fields: mechanics, instrumentation, Earth sciences, medicine, psychology, agriculture, mathematics and others.