Scientists from ITMO University in collaboration with their colleagues from National Taiwan Normal University have developed a high-sensitivity method of studying the non-linear optical properties of substances. Unlike other research in this area, this project uses a collimated (unfocused) laser beam, which allowed the researchers to decrease the power density applied to a sample, though at the price of loss of useful signal. Using a special procedure for recording holograms and processing images, as well as using a special computational modeling algorithm, they have been able to measure the properties of optically non-linear media despite a weak signal. The project opens up new possibilities for diagnostics of non-linear properties. Results of the research were published in Optics Letters. 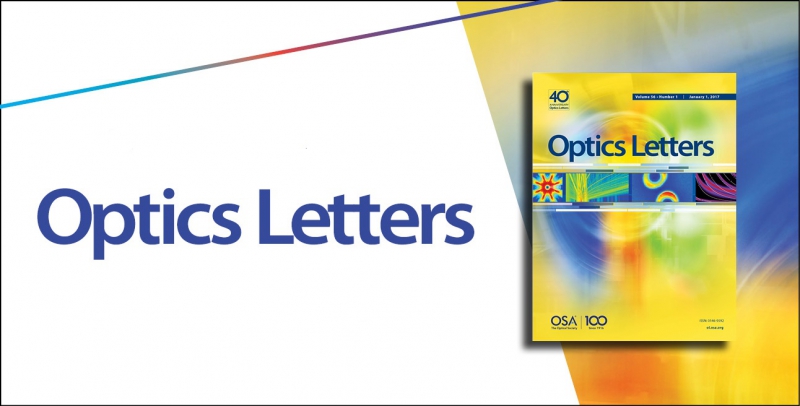 In their article, published in Optics Letters, the scientists have shown how they were able to use automated image processing to extract and analyze weak nonlinear signals caused by an ultra-short laser beam passing through a sample. The approach is based on analysis and processing of registered axial digital holograms, i.e. diffraction patterns of a femtosecond probing pulse, distributed over a non-linear area at an angle to a pumping beam that excites optical non-linear effects. The method is based on a widely used technology of “pump-probing”.

The resulting signals were processed using a specially-made algorithm, which allowed researchers to identify a weak signal, nearly invisible among the interference, thus demonstrating a high degree of sensitivity.

“Non-linear light refraction tends to be many times weaker compared to the more simple effects of linear refraction and others. This is especially evident with the Kerr electro-optic effect, which contributed greatly to the experimental measurements in our research. We were able to overcome that issue through use of specialized algorithms in processing, which improved the sensitivity level of our measurements. In general, the ability to use software analysis is a great advantage of digital holography. Knowing how to apply the principles and capabilities of digital holography, namely the use of automated processing, allowed us to achieve a level of sensitivity close to that of other well-known world-class projects. Although the sensitivity and other quantitative properties of our method still require further assessment, as so far we have only been able to produce approximate measurements of that and other properties,” notes Sergey Nalegaev, one of the article’s authors and staff member of ITMO’s Laboratory of Digital and Display Holography.

The research is done in collaboration with staff of National Taiwan Normal University. The research done by Taiwanese scientists is focused on the development and improvement of dynamic methods of adaptive digital holographic microscopy and tomography. The Russian scientists’ ask is more fundamental in nature: by developing new high-sensitivity methods of measuring optical non-linear properties, they are to demonstrate that these properties may be just as important in diagnostics as other effects that are used traditionally today.

The collaboration between ITMO University and National Taiwan Normal University was officially established by the two universities’ heads three years ago during a visit to St. Petersburg by a delegation from Taiwan. Representatives of the universities signed a framework agreement on partnership in the fields of education and science. In December 2013, one of the article’s authors and head of ITMO’s Laboratory of Digital and Display Holography, Nikolay Petrov, visited a major annual conference on optics and photonics in Taiwan, where he met Professor Chau-Jern Cheng, one of the top scientists in the field of holography. On his return to St. Petersburg, Petrov and his colleagues initiated a student exchange agreement between ITMO’s Department of Photonics and Optical Information Technology and the Institute of Electro-Optical Science and Technology, of which Prof. Cheng was head at the time. In July 2014 the agreement was signed by both sides. The first results of their collaboration were presented in December 2014, just a year after the two sides’ first contact.

Methods based on non-linear optical effects, such as two-photon excitation, are already being used today to visualize and study certain biological objects. But all these effects are resonant; based on absorption of radiation. In the study published in Optical Letters, the authors consider the parameters of a non-resonant non-linear optical effect – the changes in refraction index under the impact of intense ultra-short pulses.

“As far as we know, there is no diagnostic method based on non-linear refraction index, as these signals are hard to detect and monitor in biological objects. But sometimes the existing methods are not sufficient to study the internal processes of such objects. That is why researchers use various parameters from various signals; this is called multimode diagnostics. Monitoring the non-linear characteristics of objects can increase the volume of information we get from an object. We can’t say for sure right now just what sort of information it will be, as our research is just beginning,” says Andrei Belashov, one of the article’s authors and staff member of ITMO’s Laboratory of Digital and Display Holography.

In the future, this kind of diagnostics that uses non-linear refraction index as an experimental variable will help avoid unwanted effects present in other methods, explain the authors. For instance, luminescent molecules and semiconductor nanocrystals cause photodecolorization and phototoxicity.

This development has the potential to open up new ways to measure the optical non-linear properties of various objects. Although it is still far from being widely used, because first the scientists would need to overcome important physical limitations caused by, for example, the specifics of medical diagnostics.

“Non-linear optical effects appear when we use laser radiation of high power, i.e. when an object is subjected to a great deal of optical energy. We can’t use highly intensive laser radiation when working with biological tissue, as it can cause damage. That is why we have started developing other, more sensitive methods that would involve a smaller volume of optical energy,” explains Nikolay Petrov, one of the article’s authors and head of ITMO’s Laboratory of Digital and Display Holography.