Magnetic resonance imaging (MRI) is a non-invasive imaging technology that produces detailed images of organs and tissues based on the magnetic nuclear resonance (MNR) technology. Developed several decades ago, the technology is now extremely widespread and available in many modern clinics. However, researchers continue working on improving its accuracy and developing new, more efficient systems. Nikolai Avdievitch, a senior research associate at the Max Planck Institute in Tübingen (Germany) and leading specialist engaged in the development of new sensors for experimental MRI systems, recently taught a course for the students of ITMO University’s Master’s program “Radiofrequency Systems and Devices”, and shared with ITMO.NEWS about his work and the latest research in the field of MRI. 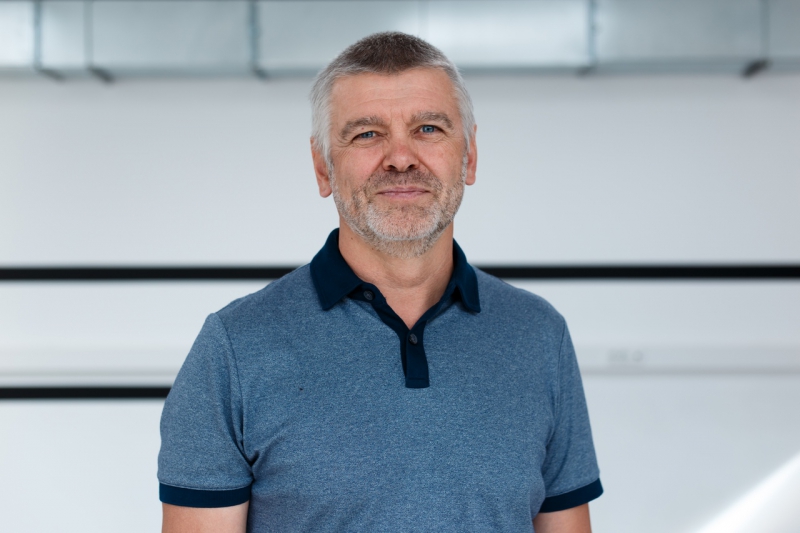 For the past few years, you have been working at Max Planck Institute’s Department for High-Field Magnetic Resonance. Please tell us what your current research is dedicated to.

My research focuses on the development of new radio frequency (RF) sensors for MRI. Most people now probably know what MRI is, because over the past 40 years, since this technology was first proposed, it has managed to come into a huge number of clinics and become an indispensable tool for diagnostics. But people are of course still working to improve this technology by developing new MRI systems.

What MRI primarily involves is a huge cylindrical magnet into which a patient or volunteer is placed to receive a three-dimensional image. But before this image can be created, you need to do a lot of research. It is led by engineers, physicists, doctors and other specialists. I am one of the links in this chain and conduct research at the intersection of physics and engineering. More specifically, we are developing sensors for ultra-high-field experimental MRI, which is used at the stage of excitation, reception and processing of a signal obtained as a result of the physical NMR (nuclear magnetic resonance) effect.

One of the main fields here focuses on the development of new experimental ultra-high-field MRI systems, that is, those using a higher constant magnetic field, which can improve image resolution or reduce the scanning time, which is very important for many clinical studies and diagnostics.

But even the seemingly small shift from 7 to 9.4T is fraught with many technical issues that call for serious R&D efforts which include calculating and designing sensors for next-generation MRI.

What are these technical issues you’ve mentioned?

This effect can result in significant distortions in the sensitivity of RF sensors when studying large objects (i.e. those bigger than the wavelength operated). This leads to difficulties in the interpretation of images and diagnostics of clinical diseases and pathologies. In the field of 9.4T, which corresponds to a sensor frequency of 400 MHz, all these problems become even more critical.

So such images become practically unreadable?

I wouldn’t put it this way. More precisely, in some cases, this makes their interpretation rather difficult. Nevertheless, there are research groups developing methods for obtaining MR images of the entire human body. However, in our research, we focus primarily on the study of the brain.

What kind of opportunities exactly does the research in the field of ultra-high-field MRI opens up for medicine?

As you know, an MRI procedure requires a person to lie still: if you start moving during the measurements, the picture will be distorted. At the same time, some MRI procedures can take up to an hour, and it is clear that it is difficult for a patient not to move during this sizeable amount of time. The increased sensitivity offered by ultra-high-field tomographs makes it possible to obtain images not only with higher resolution but also much faster. This is all the more important for the provision of the procedure for children and senior patients.

What is also worth mentioning here are the prospects of magnetic resonance spectroscopy (MRS, a method that allows to determine biochemical changes in tissues in various diseases based on the concentration of certain metabolites – Ed.).

In MRI, hydrogen atoms of water molecules are the main signal source. However, there are other hydrogen atoms in other molecules that are also important for the functioning of the human body. For example, various metabolites, neurotransmitters, etc. With the help of MRI, we can measure the spatial distribution of these substances in order to acquire useful information about pathologies associated with metabolic disorders in the human body. It often happens that clinical MRI scanners cannot perform this task because of their low concentration, and consequently, a weaker signal.

In addition to this, one can observe the NMR signal not only from hydrogen atoms but also from other magnetic atoms which are equally important for the diagnostics of diseases and medical research. However, their NMR signal is much weaker due to their lower gyromagnetic ratio, and their natural presence in the human body is much smaller than that of hydrogen atoms. The increased sensitivity of ultra-high-field MRI is of crucial importance for MRS.

Another significant category of MRI techniques for which the increased MRI sensitivity is critical is functional MRI, which is an important tool for cognitive studies of the human brain.

The majority of clinics are not equipped with ultra-high-field MRI scanners. Do you think it possible that the 7T tomographs and then the 9T tomographs will soon be used in regular diagnostics?

For a tomograph to be installed in a clinic, it should be certified and checked for compliance with safety regulations, and relevant documentation must be drafted. This is a rather complex and time-consuming procedure. As of now, there’s only one company in the world that has started to certify not only sensors we’re developing but also the device itself. This company is Siemens.

The 7T tomographs already exist, but there are not many of them, and they cannot be called clinical yet. I would say that they are now a preclinical option, but the device is already certified, which means that it can potentially be used in clinics.

It’s even harder to predict when 9.4T tomographs will start appearing in clinics. The main problem here consists in the possible local heating of tissues by a sensor’s RF field due to a strong decrease in the wavelength. One of the most important fields of engineering research of ultra-high-field MRI is a detailed numerical simulation of this effect needed to ensure patient safety. Despite the fact that such studies are conducted within the framework of scientific institutions, the transition to clinical practice requires additional research.

How is the collaboration between the Max Planck Institute and ITMO University organized? What joint results have already been achieved?

It’s all going very well. We’re now working with ITMO University PhD student Georgiy Solomakha. We have recently published an article dedicated to technical developments in the field of MRI in one of high-profile journals. In this research, we experimentally confirmed the results of previous theoretical studies aimed at improving the efficiency of ultra-high-field RF sensors through the use of modified and optimized dipole antennas. The results of this work turned out to be very promising.

We are now working on several other papers dedicated to the use of such methods but for different set of tasks. Recently, Georgiy has also received a grant for a research trip to Germany. Starting next month, he’ll be joining us for half a year to continue our joint research for the development of MRI sensors.

This week, you’ve been teaching a special course as part of ITMO’s Radiofrequency Systems and Devices Master’s program. Which key topic did you cover?

The course focuses on various technical aspects associated with the development of MRI sensors. In this area, there are many things one should know, so I presented a number of basic techniques that are used to develop and manufacture these sensors. Apart from that, I gave a lecture on my latest developments. In total, the course is designed for four days and consists of eight lectures each lasting for two academic hours.

Master’s students are now in the process of choosing their specialization, and I think that this course will provide them with additional information that will allow them to understand what they can do in the future.

Speaking of the education in the field of MRI in general, what do you think are the knowledge and skills specialists are expected to possess?

Despite the fact that our field has become very popular and promising for clinical diagnostics, there are no engineering courses that would train highly specialized specialists involved in the manufacturing of MRI coils. A certain gap has formed, and I think that together we can just about fill it.