In the future, this breakthrough will help boost the accuracy of MRI scans and enlarge the MRI chamber in order to improve the patient experience. Results of this research may also be put to use in research-purpose high-field MRI systems. 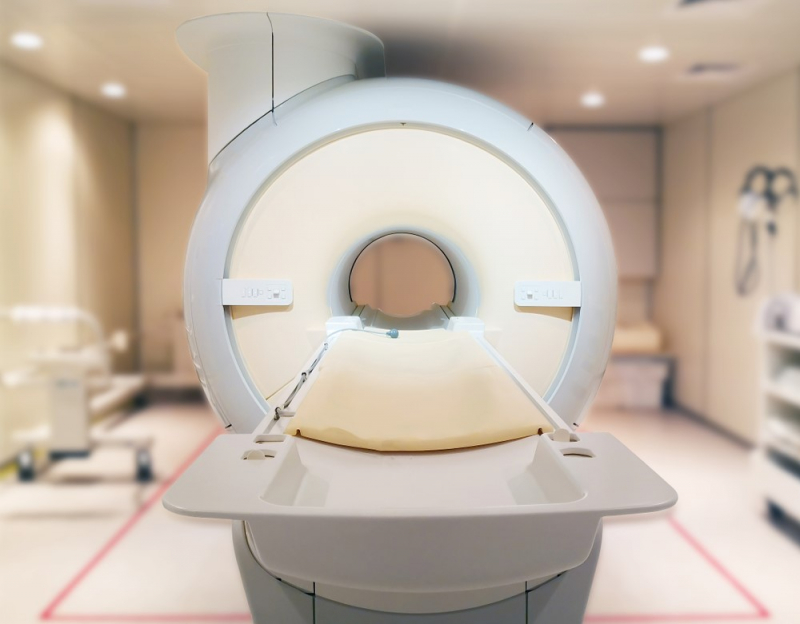 Sometimes, a scientific or engineering concept becomes so deeply entrenched in the field that it is almost never doubted. It might appear as if it is impossible to be improved upon or redefined. But at some point, researchers will once again prove it possible. A research team mainly consisting of ITMO University staff has challenged a number of long-held notions concerning the structure of MRI systems.

As a whole, a magnetic resonance imaging unit consists of a chamber, into which the patient is placed, a superconducting magnet with a gradient system, and radio-frequency coils – antennas that create a circularly-polarized radiofrequency (RF) magnetic field (excitation); the resulting image is formed based on the response of the patient’s tissue to the aforementioned film. This response is received by other coils or the same coil, if it is operating in a send-receive mode.

The majority of existing MRI scanners with superconducting magnets use a “birdcage” coil, which consists of two metal rings periodically connected with parallel conductors. This wire cylinder is placed in a concentric shape within the MRI chamber.

To ensure the coil’s function and produce consistent imagery, it must be shielded from the superconductive magnet’s external systems. To that end, the walls of the chamber are covered with special copper plates that serve as an electrical shield. The wire cylinder of a birdcage coil is placed within the cylindrical metal chamber, warranting a significant distance between the two, which makes the narrow space in which patients lie even narrower. The coil produces a highly consistent RF magnetic field, which is necessary to generate reliable images. But it has its drawbacks, too.

“The inner surface of an MRI chamber is made of metal. On a smooth metal surface, the electrical field equals zero. That means that if you insert a cylindrical coil – with a diameter equal to that of the shield – into a similarly cylindrical MRI chamber, it will not emit a field,” says Constantin Simovski, a chief research associate at ITMO University’s Faculty of Physics and Engineering. “If we reduce its diameter so that its wires are several centimeters away from the chamber shell, it will emit a field, but a weak one. Until you remove it to a distance equal to one quarter of the wavelength, the effect of the metal chamber will remain negative.”

As the researcher explains, it is structurally unfeasible to ensure such a distance, as the wavelength often equals several meters. In practice, the distance usually measures at four to five centimeters. The effect of the chamber remains negative, but more or less acceptable.

“Patients, naturally, are placed within the coil. In a compromise between the patient’s comfort and the efficiency of the RF coil, the inner space is quite narrow while the efficiency of the coil remains low. This is the case for conventional tomography units, where the constant magnetic field equals 3 Tesla. In next-generation MRI scanners with a stronger field of 7 Tesla, the birdcage stops working entirely,” says Constantin Simovski.

But what if the electric shield were to be replaced with another kind, one that would still isolate the coil from the magnet, but without impeding its function? For instance, this could be done using a shield that has a magnetic field instead of electric. That was the idea proposed by ITMO researchers who applied for a Russian Science Foundation grant.

“When we wrote our application, scientists who work on the improvement of birdcage coils believed that a magnetic shield would be harmful to this type of coils,” explains Constantin Simovski. “Numerical simulations demonstrated that if we were to replace the inner metal surface with a so-called perfect magnetic shield, the properties of which are not frequency-dependent, it would only worsen the performance – the increase in emission would be accompanied by an increase in energy loss in the emitted signal. But our team realized that since the perfect magnetic shield is an abstract idea, it would be wrong to draw conclusions about the performance of an actual magnetic shield based on the parameters of a hypothetical one.”

The scientists analyzed the interaction between a birdcage coil and a cylindrical corrugated surface embedded with high-quality ceramic material, which forms a metasurface with frequency-dependent qualities. At the frequency of an MRI scanner, it possesses the qualities of a magnetic shield and makes it possible to increase both the emission strength and the diameter of the coil. At the same time, the increase in losses is negligible while the efficiency of the coil grows. This idea became the basis of the project.

Due to its low thickness (2cm when used with waves of 1 meter and more in length), the structure suggested by the researchers is referred to as an artificial metamaterial surface, or metasurface for short. Metasurfaces are already being used in modern radio detectors, 5G directional antennas, and other tech. Now, the scientists suggest using it as part of the most commonly used MRI coil.

Using the metasurface shield will not only improve the coil’s efficiency, but also make the scanning process more comfortable. After all, the chambers today are only so narrow due to the limitations imposed by the diameter of the magnet.

“The ability to expand the space inside the chamber is a task of utmost importance, and designers fight for each centimeter and millimeter to move the coil towards the shield,” says Stanislav Glybovski, a chief research associate at the Faculty of Physics and Engineering. “But the more we expand the coil, moving it towards the metal walls of the MRI chamber, the worse it’ll do its job. Covering the walls with a metasurface seemed like a way to expand the coil as much as possible while keeping it effective.”

The researchers carried out the necessary calculations and then designed and manufactured the metasurface. To do that, they used rings of high-quality microwave porcelain based on calcium titanate, produced by the St. Petersburg-based company OOO Keramika. Then, the structure needed to be tested on a real MRI scanner, a task in which the ITMO researchers were assisted by their French colleagues.

An experimental platform for testing was provided by French researchers within the framework of the international project M-Cube, which is supported by the European Union’s Horizon 2020 research and innovation program. The shield was assembled at the Institute Fresnel in Marseille, while testing took place at the Neurospin research institute in Paris.

“I did the necessary calculations and modeling, after which we conducted an experiment with a small coil identical to the larger coils used to conduct MRI on human patients,” says Kseniia Lezhennikova, a student at ITMO University. “In Marseille, our French colleagues and I assembled the manufactured parts of the coil and brought it to Paris. We conducted tests on a 7 Tesla MR scanner using our shield and a conventional metal shield for comparison. Inside the MRI scanner were samples imitating the properties of a live object. The results matched our calculations well.”

Testing on the smaller coil confirmed that the proposed metasurface functions as intended and improves the tomography unit’s performance.

“Depending on the size of the sample placed within the machine, we can boost the efficiency index by 20-100%. The smaller the sample is compared to the coil, the more we benefit: for instance, a coil designed for leg or arm scans will have its performance improved by up to two times. Alternatively, we can use a similar approach to preserve efficiency and expand to a body-sized chamber by moving the coil directly up to the shield; the diameter of the chamber may increase by six centimeters,” explains Constantin Simovski.

Another issue that could soon be solved concerns the use of MRI scanners for small patients. When a child is placed within a regular MRI scanner, the performance of the coil worsens. According to Stanislav Glybovski, using the shield developed by ITMO University researchers eliminates this issue nearly completely.

An article in Physical Review Applied which describes the results of the research project received an “editor’s suggestion” tag.

Up next is research on increasing the size of the coil, namely for head scanning. The work is already underway.

“Right now, we’re working on another coil, this one designed for clinical use,” says Kseniia Lezhennikova. “Our shield makes it possible to increase the coil’s diameter by 30%; at the same time, its efficiency rate also increases. The findings will be described in a future article, which we hope to publish before the end of the year.”