Thanks to this invention, MRI scanners used in research can become more powerful, improving the quality of acquired images without risks for the patient’s health. ITMO scientists developed the device together with their colleagues at the M-Cube international project. The research is published in Nature Communications. 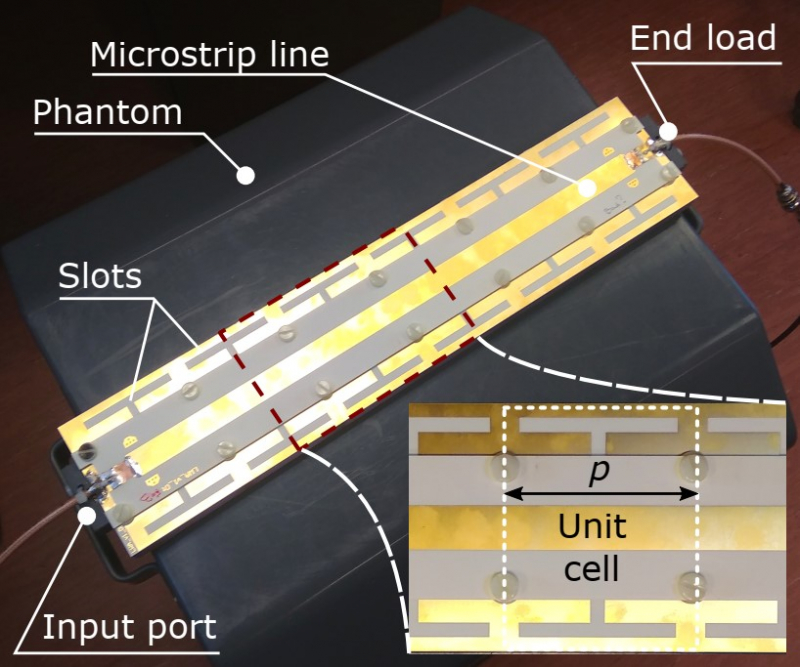 Illustration from the article. Credit: nature.com

Magnetic resonance imaging (MRI) has several different applications. Everyone knows about the importance of MRI in healthcare, where it is used for high-precision diagnostics. However, this technology also plays a big role in research – scientists analyze scans of volunteers to better understand the functions of a particular organ or track the mechanisms behind the development of diseases or syndromes.

The scanners used in healthcare, in general, have a relatively weak magnetic field. This parameter is measured in Tesla, units named after the famous scientist. In clinical MRI devices, the strength of the magnetic field is 1.5-3 Tesla, which is quite enough for most diagnostic procedures. But for scientific purposes, such a field is not enough – so researchers use devices with a field of 7 or more Tesla. This improves the signal-to-noise ratio and therefore, allows to get a clearer image. Here, however, a problem arises, that is linked to the very principle of the way scanners function.

At the core of MRI technology is a special antenna that irradiates the patient with electromagnetic waves of a certain frequency. This leads the patient's body to respond with resonances, which are registered by the receiver. Based on this received signal, the scanner creates its images. The frequency of the electromagnetic waves used in MRI is in direct proportion to the power of the magnetic field. The problem is that the higher the frequency, the shorter the electromagnetic waves – this is a physical law. At the same time, the human body is, in the language of physics, an optically dense substance. Simply put, once inside the patient, the waves get even shorter.

"In the field of 3 Tesla, such as in good clinical scanners, the wavelength is about 0.4 meters," explains Georgiy Solomakha, a PhD student at ITMO's Faculty of Physics and Engineering. "In the field of 7 Tesla, the wavelength in the air is a meter, and when it enters the human body, it is shortened to 10-12 centimeters. In such conditions, the standard equipment for clinical scanners stops working while the field distribution becomes uneven, which leads to both a decrease in image quality and a decrease in the safety of this procedure for volunteers."

Due to the fact that the length of electromagnetic waves in the human body is so much shorter, research scanners employ not one large antenna that emits and receives the signal, but several of them. They are placed on the patient's body and work together as a single antenna array. However, there is a difficulty here, too, – next to the electromagnetic field of these antennas, there is not only a magnetic field that excites magnetic resonance in the patient's body, but also an electric field. It does not electrocute the person, but it does cause heating, which can get very strong.

To prevent volunteers from acquiring burns inside the scanner, less voltage is applied to the equipment than could be possible. This also affects the image quality. Thus, the expensive scanner is not used to its full capacity.

ITMO University researchers in collaboration with their colleagues from the M-Cube consortium proposed a solution to these problems. Instead of the dipole antennas used now, they suggested a different design.

"Now, scanners are equipped with classical dipole antennas similar to those found in phones, Wi-Fi routers, and televisions," says Georgiy Solomakha, main author of the paper. "Such antennas fit half of the wavelength, which allows for resonance, so the antennas radiate a strong signal. But it is not the only possible approach – there are also leaky-wave antennas used in radio direction-finding and radars. Our idea is that we have many small antennas connected in series with a wave propagating through them. Each element emits a portion of the power, so that together they form the total radiation. Thanks to non-resonant (leaky-wave) radiation, it is possible to reduce the heating. As part of our work, we have developed and studied the world's first leaky-wave antenna for MRI."

The design of the antenna is adapted specifically for MR scanning. In order to do this, the researchers created each cell (i.e. a small antenna) that makes up the array in a particular way. At the same time, the prototype was produced using standard printed circuit board technology, which reduced the cost and labor intensity of its production. According to the developers of the antenna, it can open a new page in the history of research applications of MRI. After all, since the heating is significantly decreased, it is possible to increase the power used by the scanner. This, in turn, further improves the image quality.