In the future, the results of this project may provide the foundation for artificial cells. The research was published in Nature Nanotechnology. 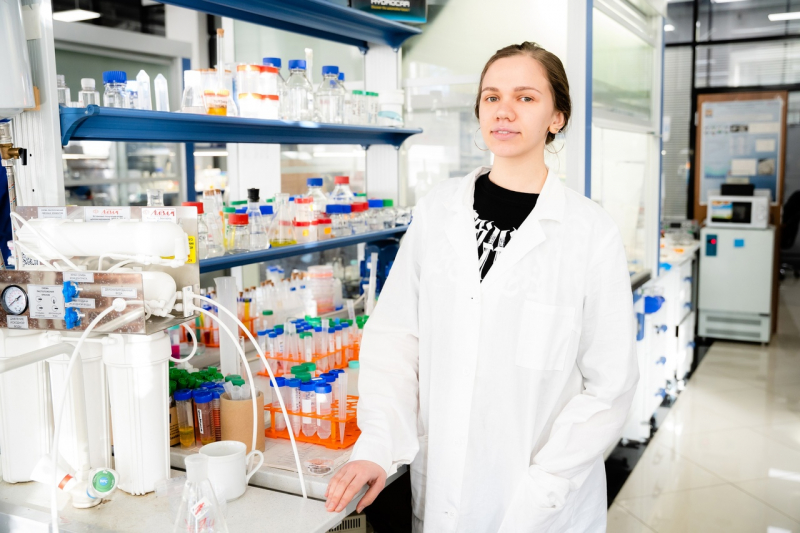 One of the most sacred dreams of many scientists all around the world is creating an artificial cell. It would mean that we have moved further in understanding the secret of life as a whole. But this is a highly challenging task, as even such a tiny particle of living matter is a complex object in regard to the chemical and physical processes occurring inside it.

Cells can absorb useful substances and protect themselves from many harmful ones; there are immensely complex metabolic processes taking place inside them, and they can divide to form new cells. That is why researchers try to work step by step, creating separate elements.

For instance, an international team of researchers in Singapore is developing “smart” membranes that would exhibit at least half of the functions present in a living cell wall. In 2019, Anna Nikitina, a PhD student at ITMO’s Infochemistry Scientific Center joined this research group.

“In December 2018, I received an offer to go to Singapore and work under the supervision of professors Novoselov and Andreeva, who are there working on adaptive membranes,” says Anna Nikitina. “The end goal is the artificial cell but it started with first creating a synthetic membrane which could selectively let in potassium ions, just like membranes in our cells.”

It’s a well-known fact that cell membranes not only hold their contents inside, but can also let in the necessary ions under certain conditions. If there is not enough salt, cells can absorb sodium ions. However, this process, constantly happening in billions of our cells, is extremely hard to recreate artificially.

For this purpose, the researchers decided to use a material based on graphene oxide and the so-called polyelectrolytes (special polymers). Graphene, isolating which earned Konstantin Novoselov his Nobel Prize, is a single layer of carbon atoms arranged in a lattice of hexagons. Functional groups located on the surface of graphene oxide make it possible to attach big polyelectrolyte molecules to it. As a result, we get a material consisting of two layers of molecules – graphene oxide and the polymer.

This sandwich is only 250 nanometers thick. Its complex structure determines its dynamic adaptive properties. The membrane can be programmed at the synthesis stage by varying the pH of the medium.

The researchers had to conduct a long series of experiments to identify the optimal conditions for membrane synthesis so that the membrane would selectively absorb potassium ions. However, the ions can only enter the cell when its environment acquires enough acidity.

“We have demonstrated that the membrane we created can selectively let in potassium ions and block other alkaline cations (positively charged ions – Ed.),” explains Anna. “It depends on the medium that surrounds the membrane. Potassium will only pass through in an acid medium, while in an alkaline medium the membrane would be closed for this cation. Why does this happen? An acid medium is satiated with protons, which change the charge on the surface of the membrane, allowing cations to migrate through it.”

Moreover, the scientists discovered that potassium ions can also initiate the formation of ion channels for other cations.

“For instance, we run an experiment with cesium ions, which don’t go through,” says Anna Nikitina. “In the middle of the experiment, we add potassium ions that not only migrate through the membrane themselves, but also pull cesium in with them. Thus, potassium is creating channels for cesium, as well. We called it the “transistor effect”. It’ll be very interesting to study it further and see what other effects we will observe.”

The research is ongoing. In the future, such membranes could be used not only in the artificial cell experiments, but also in different fields of the food and pharmaceutical industry.