In Search of Phantom: Regular Graphite and PVC to Help Diagnose Oncological Diseases

ITMO University scientists from the Terahertz Medicine laboratory proposed a concept of a new phantom for calibrating medical terahertz spectrometers. The concept helps the devices to identify the boundaries of a tumor with better precision so that it would be easier to remove it surgically. 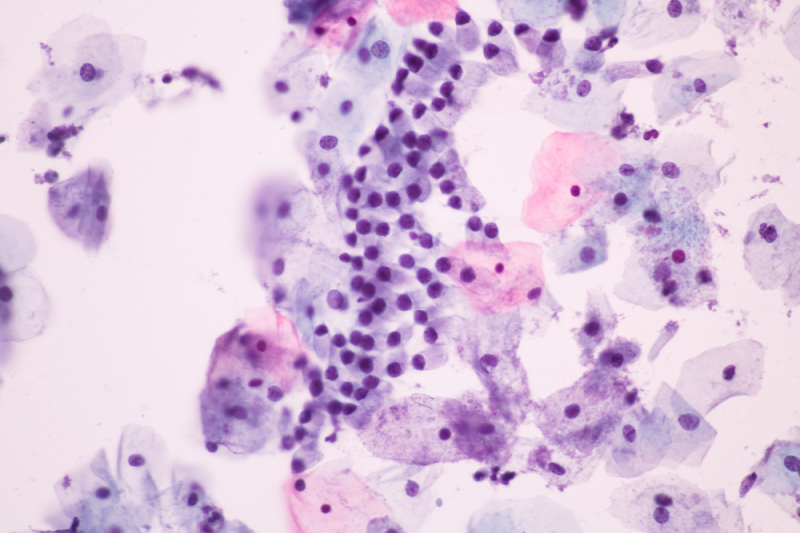 When treating tumors, it’s essential to pinpoint their location, so that the treatment would target tumorous tissue and have minimum effect on adjacent healthy cells. For this purpose, scientists use various diagnostic devices, for example terahertz spectrometers and visualizers. They emit terahertz impulses on some area of a body, part of which is absorbed and part ― reflected. As the composition of healthy and tumorous cells is different, their response to such emission is different, as well.

In order to make such diagnostics as precise as possible, terahertz spectrometers and visualizers must be calibrated. In order to do that, operators need samples with an optical response of which they are confident. By irradiating these samples, they can check whether a device works correctly or it should be adjusted.

“We can’t use real biological tissue for this purpose,” explains Tianmiao Zhang, PhD student at ITMO University. “they are hard to get, what’s more, there are also ethical issues associated with their use. Finally, there’s the problem of storing these samples. If we take a sample of human tissue, it only takes several hours for the cells to change due to chemical processes. So we can use it for adjusting a device just once.”

In order to solve this task, scientists create special substitutes that have properties identical to those of healthy and tumorous tissue. These substitutes are different for different types of devices. For ultrasound scanners, we need substances that have acoustic properties that are similar to those of human tissue, for a spectrometer, it’s the optical properties that matter. These samples are called phantoms. As of today, water based phantoms are used to calibrate terahertz spectrometers. They are several tens of micrometers thick, and very hard to produce. What’s more, they are nondurable.

Eventually, scientists from ITMO’s Terahertz Biomedicine laboratory wondered whether it’s possible to solve these issues and find a simpler way for creating reliable and durable phantoms for calibrating terahertz spectrometers.

“There was this time when we attended a conference where we spoke a lot to representatives of companies who focus on terahertz equipment, and had a conversation about phantoms,” remembers Tianmiao Zhang. “They told us that water based samples are unstable: you prepare them today, and tomorrow their properties change, water evaporates, and you can’t calibrate. Which virtually makes them single-use. We did a study and found out that no one makes phantoms based on something other than water. Therefore, we need to choose a solid material that would absorb terahertz emission much like water but won’t evaporate with time.”

In search of such a substance, scientists turned their attention to graphite, from which regular pencils are made. Theoretically, it has to have high terahertz signal absorptance, but as far as the scientists could tell, no one in the world was ever able to make reliable measurements.

What’s more, these measurements are hard to conduct, as graphite is usually found as powder, which is no good for measuring optical response.

“We did several measurements, erred several times,” comments Tianmiao Zhang. “We needed a solid sample. My research advisor Mikhail Khodzitskiy, head of the Terahertz Biomedicine laboratory, advised me to use a graphite crayon, something that artists use, for assessing the optical properties of graphite powder. I was shocked, I didn’t even know about them. And everything turned out to be great, we succeeded in completing the measurements.”

As a result, the scientists became the first to conduct measurements of terahertz emission absorption by a solid graphite object. The indications were less than those of water and less than that of most human tissue, but sufficient for creating a phantom. It was supposed that graphite can be used for producing phantoms with the same response as the cells of the human oral cavity, which are among the “driest” in the human organism.

Another issue was that it was impossible to use this form of carbon as is, because it wouldn’t imitate living tissue. It was necessary to create some media to be imbued with graphite particles in a specific ratio.

Scientists learned that their colleagues from the University of Oulu use special liquid polyvinyl chloride when they need to create phantoms for optical coherence tomographs.  Despite their samples being different from what’s needed for terahertz spectrometers, the scientists from St. Petersburg became interested in this idea. Having measured PVC’s optical response,  they made the conclusion that it can be used to make a base that can then be imbued with graphite particles.

The next question was how much graphite to imbue it with. There are special models of effective media that are used for computing the composition of a substance for attaining the optimal properties. But that’s not so simple, as well. There are many models, the applicability of which depends on the materials used, and predicting which model suits this specific purpose best can be hard.

In order to choose a model, there was a need to first conduct an experiment. The scientists asked their Finnish colleagues to prepare two samples: with 10% and 12.5% graphite in PVC. They placed the materials under terahertz emission and checked their refraction index and absorptance. Then they checked several models of effective media and chose the one that suited the most: the Bruggeman's model, which made it possible to tell which refractive index and absorptance various media give at a specific concentration of graphite.

Two phantoms and a thesis

When scientists succeeded in finding the suitable model, they could compute the concentration of graphite in PVC for imitating both the healthy and the tumorous tissue in the oral cavity.

“It turned out that a sample with 16.7% of graphite reacted on THz emission like tumorous tissue, says the co-author of the research, the head of the Terahertz Biomedicine laboratory Mikhail Khodzitskiy. “And the response of a sample with 21.9% of graphite corresponded to the response of healthy tissue of the human oral cavity. This way, we could choose the frequency range in which the optical properties of our phantom ideally corresponded to tumorous and healthy tissue, and calibrate in this range.”

The research became one of the chapters of Tianmiao Zhang’s thesis and was published in the Journal of Biomedical Optics.