In 2014, YellowRockets  (the previous name StartupSamara) was a small community with rare meetings – now it is a large accelerator, which already attracted over 600 million rub for startups and entered different international markets. According to the accelerator’s head Sergei Bogdanov, its main achievement is that more and more young entrepreneurs are interested in this activity. 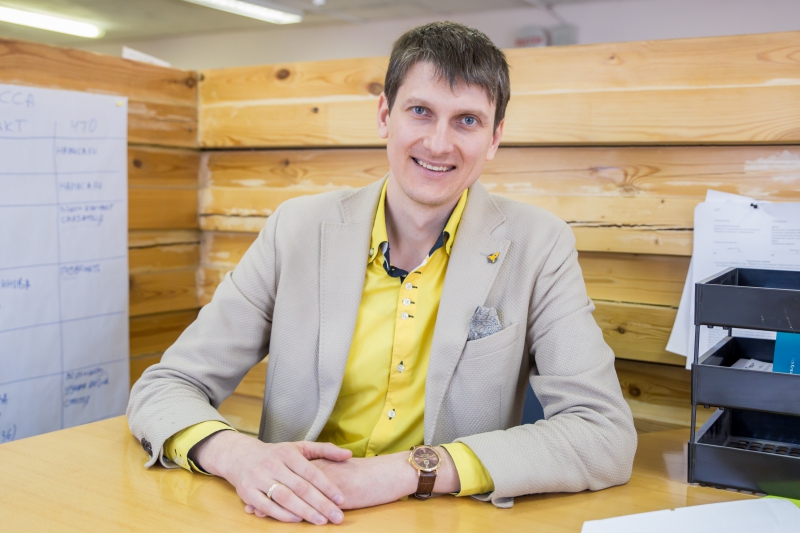 You launched your project in 2014, when the economic circumstances were difficult. Why did you start developing the first startup community out of Moscow and St. Petersburg exactly at that time?

Firstly, back then the entrepreneurial community  had already appeared. YellowRockets (our first name was StartupSamara) was founded by five people including me. We started with organizing events – “Venture Café” was the first one. Every fortnight we gathered entrepreneurs who discussed their ideas and listened to speakers. Secondly, in 2014, our region changed members of the government. The new team was ready to assist business communities.

At the same time ITMO became our partner: the government signed a cooperation agreement with the university. It helped us, as we could use the model used by ITMO to organize hackathons, startup weekends, and entrepreneurial clubs.  Thanks to partnership with ITMO we achieved a wonderful result – the amount of financing attracted to our region during the past two years by startups was more than what was attracted for the last decade. How does this system work now?

We constantly gather information about relevant projects – now our database consists of more than 20 thousand contacts of entrepreneurs – we inform them every week using our newsletter. We paid great attention to social networks from the very beginning. Involvement and popularizing are very important parts of our work. For instance, we organize Venture Café and Science Slam; it was Samara where the first all Russia science slam took part.

Another line we work on is gaining new skills and teamwork. For this purpose we organize startup weekends, hackathons, we also have a local acceleration program, which assists in attracting funding for the projects.

Some say that to reach the global market one needs to leave Russia. Is it true?

It is true because you have to obey the same jurisdiction as your partners and clients. This makes it easier to attract money. As for Russia, everybody comes to Moscow, as it is the largest hub; St. Petersburg is the second largest one. They are full-fledged centers with their own business angels and modern infrastructures. There are also several innovation centers in Russia, that is,Kazan, Samara, Ekaterinburg and Tomsk.

Despite the fact that those who’ve gained success go abroad, it is not a problem because they leave their projects in Russia – it is cheaper to do that. They also stay in contact with Russia – hire outsource specialist and open branches.

Do you have projects that have entered the global market?

We have several success stories that became world famous! For instance, the Glance Clock by Anton Zryaschev who planned to raise 100 thousand dollars through Indiegogo but instead raised 450 thousand! It already for sale!

There are some projects that reached international markets and became their leaders like Bigfoot Tutors, which became one of the largest platforms for tutors in the UK.

There are several projects that attracted private investors. According to the results of the last accelerator program, two out of seven graduates have already attracted private investments and one more graduate negotiates about that. The benchmark for measuring success is an ability to attract not only governmental support, but also private funding as well as reaching the international market. During three years dozens of projects have reached this level. Your project is also moving toward the global market. What do you do to reach this?

Recently we launched a campaign on Facebook devoted to changing the name. In April we became YellowRockets instead of StartupSamara.

We found out that the word “Samara” makes problems when we communicate with large partners located in Moscow, St. Petersburg and other cities. We decided to change the name, but we will continue to use the brand StartupSamara – it will be the title of a separate project for local communications.

Is it some prejudice on the part of investors?

No, investors are ready to contact regardless of the name. It’s corporations that have some prejudice. Investors are interested in high-quality projects. There is a stereotype that successful projects come only from Moscow. However, nobody judged us in such a way – investors and business angels from different Russian cities visit our demo days. If one faces the result gained by an accelerator, one can rely on this. Trust-based relationship is a basis of partnership. What are the main changes of Russian startup communities?

The first tendency is that people started taking entrepreneurship and startups seriously. In 2013, people scarcely understood who are business angels and goals of startup communities. Last year over 300 business angels from Russia and overseas visited a meeting in Samara. It was a large forum supported by the Russian Venture Company (RVC) – businessmen from the UK, USA, Israel and Switzerland as well as active Russian specialists took part.

Our demo days constantly attract new people who want to invest in high-tech businesses. Three years ago we had 50 active members, now it is about 500 and over 20 thousand people who know us and are interested in our activity.

The second tendency is related to universities. When we started our activity at universities they didn’t have their own startup infrastructures. And we looked for interesting projects that had no support. Then they took part in our programs. Now we look for newcomers, but we lack them because there are few new projects. Unfortunately, universities cannot serve as large generators of projects. That is why we have to be active – we launch startup centers at universities and initiate partnership.

The third tendency is that entrepreneurs don’t need governmental support. There are wonderful examples that prove that it is possible to succeed in attracting private investments.

Sergei Bogdanov is one of the speakers of the Regional Session for Practice-Oriented Consulting, which took place at ITMO on April 12. The session is a project of Russian Venture Company, which aims to develop innovative environment and entrepreneurial initiatives in the field of high-tech in Russian regions. The event included workshops guided by businessmen and investors – they were devoted to development of teamwork skills and personal growth.