According to the data by GfK Rus research agency, more than a third of Internet users regularly make purchases in Internet stores; consumers are becoming more used to choosing and buying things online, and various services allow them to quickly order a taxi, book a ticket or rent an apartment. Yet, can this work in the b2b segment? Purchase coordinators sometimes have to spend days or even weeks to find a really good offer and purchase the goods they were looking for. Team FactoryFinder decided to come up with a solution and developed an online service for optimizing the processes in procurement departments, a platform that brings together suppliers, engineers, and purchase coordinators. The service's main task is to automatize the work of the latter and let companies find best offers quickly. Half of FactoryFinder's team are graduates of ITMO and the company is a resident of the university's Technopark; as of now, it has offices in St. Petersburg, Tallin and Berlin. Read more about the service, the peculiarities of business in Russia and how a common platform can help foreign companies understand it in an article by ITMO.NEWS. 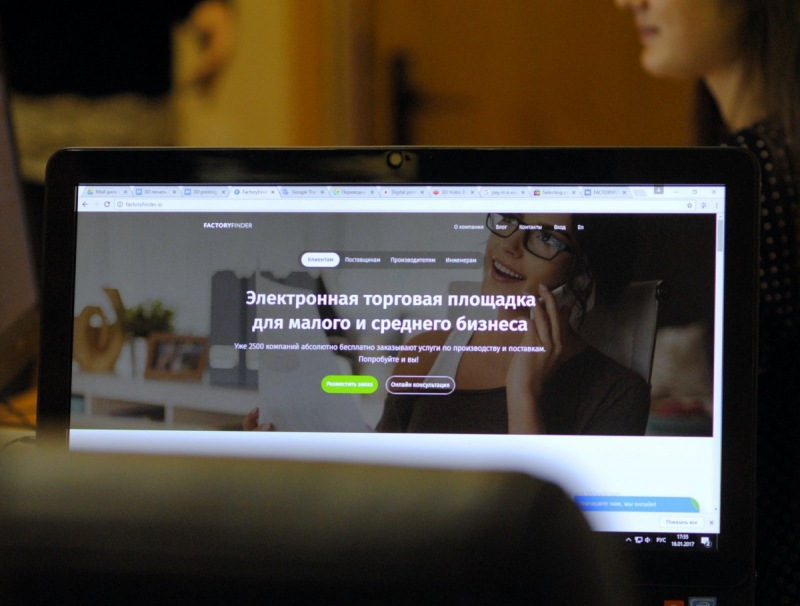 "Our company has been working in production since 2007, and we know from our own experience how hard finding a trusted supplier and conducting negotiations can be. We set ourselves a task: to simplify the procurement process and bring expenses to a minimum - and this is how we’ve developed a great service for companies from all around the world," shares Alexei Solomatin, FactoryFinder's CEO and staff member of ITMO University's Technopark.

The project was launched in 2016. FactoryFinder is a service for procurement departments' heads that allows them to automatize mundane tasks - searching for suppliers, systemizing and analyzing offers - and get an optimal solution on what supplier to choose and what the best price would be. The service's authors note that it allows saving from 20 to 45% on expenses.

According to Mr. Solomatin, companies from throughout the world now seek different ways to optimize procurement. Among the most popular ones are services in the field of CRM; yet, those can be used for working with one's own databases only. However, FactoryFinder makes use of a different model - one of a global marketplace that brings together customers and suppliers.

This operating principle is also used by some of Russia's tender and b2b platforms - for example, supl.biz, B2B-Center, and several others. Yet, they also limit the customers' operations in some ways: for instance, a company has to create an e-signature to access the platform. To start working with FactoryFinder, none of that is necessary: the supplier company only has to pass a simple validation procedure, after which it's included in the registry and can post its offers. Later, this audit is also used to create a reliability ranking. A similar procedure is used for customer companies, as well. What's more, as opposed to similar services that focus on many different categories and are more like message boards where one can just post an offer, FactoryFinder is also a recommendation service. It works with every client: forms a list of offers ranged by price, delivery terms and supplier companies' rankings; all the information on orders and deals is stored on one's personal account.

Nowadays, FactoryFinder unites 12,000 companies, including suppliers, engineers, and purchasers (mostly small and medium-sized companies). For now, the team focuses on the rolled stock and construction materials' markets; according to Andrei Solomatin, choosing a more narrow niche allows them to be experts in this particular field and provide their clients with a more detailed picture of the market. Yet, the platform still includes companies that specialize in electronics, 3D printing, and additive manufacturing.

Using the service allows purchase coordinators find better offers and save time; according to Anastasia Kozhikina, FactoryFinder's Chief Development Officer, transaction processing in the field of rolled stock usually takes up to a week – that includes time spent on sending offers, gathering replies, processing the information so as to choose the best offer.

FactoryFinder can do it all in just one day: after the customer posts their request on the server, they can expect to get the first offers in as soon as some two hours. Also, the purchase coordinators don't really have to process all the responses or work out some common table, which eliminates the human element and thus prevents related mistakes. Apart from saving the customers' time, the service also solves another problem. It often happens that those purchase coordinators who have been working for a long time and made many contacts prefer to enter deals with the same suppliers again and again and not search for new ones even despite better offers. Some get commissions for working with particular companies, and even a small percent of a several million deal can be quite a large additional income. FactoryFinder makes the workings of the procurement department and individual specialists more transparent: the CEO can always check whether the chosen offer was truly the most profitable.

"Naturally, our main goal is to help companies get more income and solve more tasks more quickly and efficiently, save their money and not turn it into kickbacks. Thanks to our service, CEOs will get an opportunity to see the big picture: not some bills with overstated prices, but the real situation on the market. What is more, checking with this data will be simple, so it would be easy for you to find out why, for instance, someone in your company buys something that costs 40 rubles for a 100," explains Anastasia Kozhikina.

As of today, FactoryService has offices in Berlin, Tallin, and St. Petersburg. Even though FactoryFinder was initially launched in Russia, its team has been planning to enter the global market ever since the initial stages of the project.

According to Anastasia Kozhikina, many of their employees who started working here, in St. Petersburg, have transferred abroad. Their main task is to build a long-standing system for communicating with foreign suppliers. The team is already working with European and Asian companies; the expansion of this network allows Russian companies to work with foreign suppliers directly, without the need to turn to middlemen’s services.

Apart from communicating with foreign suppliers, the service’s team also plans to organize work with customers from Europe and the USA. According to FactoryFinder’s authors, their service can help such companies better understand the Russian market.

“Foreign companies often don’t know how to choose a reliable company on the Russian market. They try finding partners via the Internet, call companies that don’t understand them, and get no results. Our service can solve this problem: first of all, they will get the opportunity to assess companies based on our rankings, secondly, we have a multilingual team that can provide for effective communication. We can work in six languages, and are ready to help them adapt in the market, as we know its peculiarities and the problems our customers are likely to face,” comments Ms. Kozhikina.

As of now, the team continues to optimize the service’s operation by adjusting it to the needs of its clients. Minor changes are introduced right on the spot: for instance, if the users need an option to export files in Excel, it is quickly added to the system. All in all, the team has already released four versions of the system; the latter included the option to automatically request and receive receipts on one’s e-mail. Amongst future plans are further optimization of the service and entering new markets.

“Our current task is to finish testing our ideas and get an end product that would be multi-purpose and correspond with our users’ needs. Also, we want to start working with new markets. There are many options available: the railway transport market, for instance, which has great volumes and many private companies” – comments Anastasia Kozhikina – “If we’re talking about working with foreign companies, that would mostly be companies from Europe and the USA. Their markets’ specifics are more comprehensible to us, and some of our employees already work there and have made provisional arrangements.”