As part of the ITMO.REGIONS trans-regional network of startup schools, an expert team from ITMO University has conducted two training programs on technology entrepreneurship and fundraising at the Volgograd State Technical University. The initiative is part of the “Conveyor of Innovations” strategic project; among its partners are the Volgograd Oblast business incubator and the regional government. 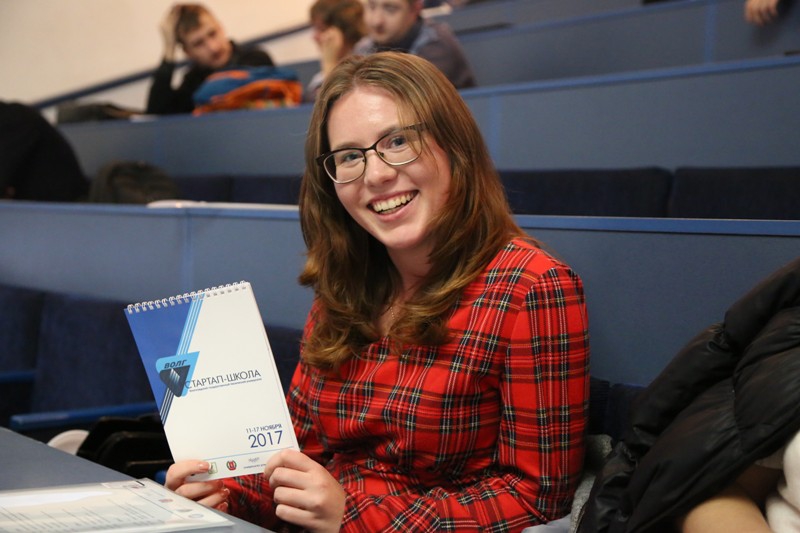 Over the course of a week, speakers from ITMO University and Volgograd’s innovation ecosystem familiarized students, young scientists, staff of VSTU and other universities with the intricacies of technology entrepreneurship and tested their knowledge through practical application. On November 17, the participants presented their projects to a jury. On November 22 to 24, staff of ITMO’s Center for Project Development and Fundraising and Small Innovative Enterprises Department held the FundIT fundraising school.

Head of ITMO University’s Business Incubator Elena Gavrilova and the managing partner of the Future Technologies accelerator Andrey Myaskov oversaw the startup school and the final evaluation. The startup school itself consisted of six educational modules and a final evaluation, during which the participants presented their work to investors and experts. The school’s staff taught the aspiring entrepreneurs business modelling, customer development, project hypotheses, HADI cycles and startup marketing. “When I was in Volgograd, I was astonished by the high level of the projects’ technological element; most of them were based on entirely new technology. I was also impressed by the participants’ enthusiasm – 80 applications were made to the school, out of which the jury picked 26, however two more projects that didn’t pass the selection still participated in the startup school and worked on their projects even though they were not in competition for the monetary awards,” – says Elena Gavrilova.

Head of ITMO’s Business Incubator also points out that the administration of VSTU, after it was merged with the region’s other universities and made the region’s “core university”, is paying attention to the top practices in the field and focuses on the development of entrepreneurship, adopting the methods of ITMO University.

The startup school’s top prize – 300,000 rubles – went to the project “3D Printer Borderline” by Sergey Kuznetsov, a first-year Master’s student at VSTU’s Department of Construction Material Technology. Sergey plans to spend his winnings on a prototype of his project. Three other projects received 200,000 rubles each; six more received 100,000 rubles each. In addition, every team received a certificate for free participation in the basic acceleration program at VSTU’s Business Incubator. Among other projects were: a cyber-attack defence system, the robotic platform “Flower” for agro-ecologic monitoring, sealants for well containment in both water and oil, field water purification filters “Bios”, icicle-removing robots and others. The projects were evaluated by representatives of VSTU, the innovation industry, the business community and the regional government.

“Our task was to make the developers approach their projects not from a scientific, but an entrepreneurial point of view, which we managed to do by the end of the intensive course. When we have just started working with the teams, they had no presentations, no business plans, etc. Over the course of a week, they've built their websites, developed business models, prepared project descriptions for the investors and did everything one needs to start a company. The winner, Sergey Kuznetsov, succeeded in adopting an entirely business approach instead of a scientific one. I would also note that the participants were very receptive of the training. This is important since there are very few programs and people in the region who are able to conduct acceleration or training initiatives like this one,” – comments Andrey Myaskov. A week later, on November 22 to 24, ITMO University’s team conducted the training program “Fundraising for Scientific and Innovation Activities at a University” for VSTU’s academic staff. Igor Kuprienko, head of ITMO’s Center for Project Management and Fundraising (CPMF), Nikolay Bovtunov, senior analyst at CPMF, and Alexander Ostroukhov, head of ITMO’s Small Innovative Enterprises Department, conducted workshops, while Elena Gavrilova spoke about the work of ITMO’s Business Incubator. The speakers described the various sources of funding, both Russian and international, the intricacies and common mistakes of application-making, working with academic staff and consulted the teams of projects applying to the Russian Science Foundation.

“It’s great to know that VSTU is willing to evolve. When I presented the University 3.0 concept to the staff here, they engaged in a discussion on how their university would make the transition to it. They expressed great interest in our work with SIEs, as, even though many universities today have them, ITMO’s sale of its share in the “Quantum Communications” company has set a precedent that proves that universities can profit from this. The audience was also interested in target model design, budgeting and the use of Gantt charts. This was a new way of project planning for many, as most of them were mostly focused on fundamental science, while we tried to redirect their focus towards more practice-oriented projects,” – comments Igor Kuprienko. As part of a well-received initiative, the teaching staff from different departments worked in interdisciplinary teams. Using the knowledge they acquired during their training and heeding advice from the experts, they've hatched new innovative interdisciplinary projects.

“I’m proud to be a graduate of the VSTU! Our graduates are remarkable people, they are resolved and persistent. I am hopeful that the projects you will present today are welcomed not only here, in our region, but on a national level, as well, and we would be happy to see you in the Volgograd Oblast’s leading positions!” – said Ruslan Sharifov, chairman of the Volgograd Oblast committee on economic policy, innovation development, entrepreneurship and property.