In 2016 the company Cerevrum Inc, which creates VR-based educational content for the corporate sector, attracted one million USD in investments from the co-founder of Oculus. Three years later, the company has now been granted another million by the Russian venture firm LETA Capital. A year earlier, Cerevrum became a resident of ITMO University’s Technopark; just recently, the company bought out its 7% share from the Internet Initiatives Development Fund (IIDF). We’ve previously written about the project in detail here. Read on to learn how Cerevrum earned the investment and what it means for the company’s future. 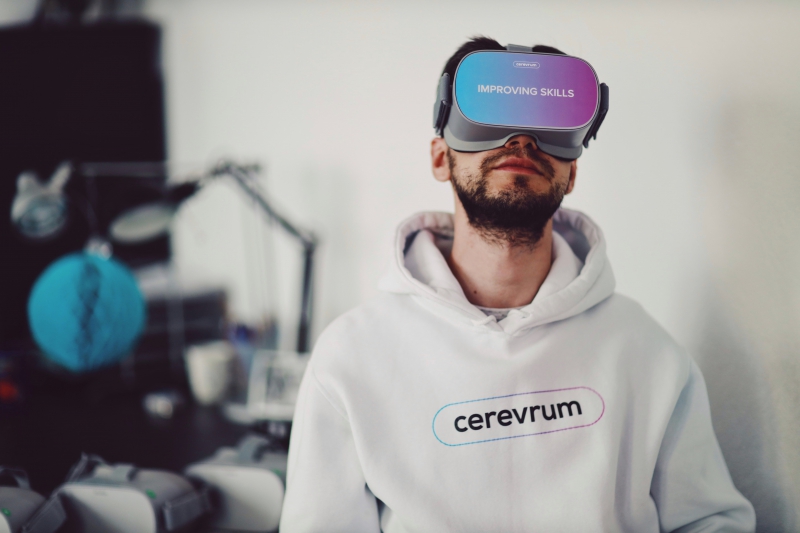 Closing out the funding round with a second million

It was recently announced that Cerevrum Inc. has closed its funding round with a second million-dollar investment; the company acquired its first million in 2016 from Oculus (owned by Facebook since 2014). The new investor is the venture firm LETA Capital.

The firm provides funding to business software developers with a focus on prospective markets where new products grow and establish new markets or take over existing ones. As an example, the firm’s curators point out projects involving business analytics, Big Data analysis, machine learning and AI, or those that focus on the optimization, replacement, and robotization of business. LETA Capital also supports projects operating on the international markets. One of the company’s most well-known projects is the antivirus software NOD32 made by ESET.

“We weren’t looking for funding, – even though we understood that it’s important to our growth and development – we were looking for people who would believe in us and share their experience and connections. Many startups naively see investment firms as just bags of money. That’s true, in a sense, but I suggest looking at the investor’s role from a wider perspective. I often notice how good investors can have a great influence on projects and help their teams develop further. We had to choose who to work with in the future, and it was not an easy choice. Our main goal in the search for funding was to grow and develop our product. It’s vitally important to remain among the best,” explains founder and CEO of Cerverum Natalia Floksi.

Eighteen months ago, she says, when the project’s team began to reinvent their product, they wanted to solve real issues for companies. Today, the startup has managed to achieve market fit.

“We work with retail because the existing training methods in this field are very far from the real thing and don’t satisfy the needs of most companies. In essence, we’re working on a training approach which we call NELS: Natural Experience Learning System,” she says.

NELS allows companies to quickly train new employees in the conditions of high staff turnover and can serve as a partial or complete replacement for trainers and mentors. Cerevrum’s customer pool includes more than 10 companies, among which are X5 Retail Group, Adidas, Yota, Rostelecom, and others. According to Ms. Floksi, the customers are enjoying the product even though not all of the pilot runs have been successful. But the company is learning from its mistakes: the number of contracts grows, and the project remains profitable.

“Our first growth point is people and the development of sales offices. Our Russian team is independent: we have programmers and those who work in product management. In the APAC and EMEA regions, which we are expanding into, we create new, self-sufficient teams. Another growth point is technological hypotheses. We have enough of these, so we’re working with them to determine which ones to develop and which ones to put on the backburner,” shares Natalia Floksi.

Cerevrum has officially closed its seed round. The next one, round A, will begin in early 2020 once the company confirms its planned KPIs.

In 2015, Cerevrum was developed at Rothenberg Ventures’ River Accelerator. In 2017, the company took part in the Russian acceleration program Internet Initiatives Development Fund (IIDF), with one of the conditions for participation being the transfer of Cerevrum’s 7% share to IIDF. In April 2019, the company bought back its share from IIDF, making Natalia Floksi the startup’s only owner in Russia.