According to urban development specialists, Big Data analysis can help people form close-knit communities based on shared values and interests. This is the main objective of a new project with the working title ‘Affiliate-Friendly Advertising Network’, launched by the Quality of Urban Life Laboratory (QULLAB), a resident of ITMO’s Institute of Design & Urban Studies. What this network does is it gathers and analyzes data about citizens’ visits to restaurants, cafes and other eating spots in St. Petersburg. The laboratory’s project even became the winner of a competition organized by the Institute of Media, Architecture and Design as part of the In the City Conference. 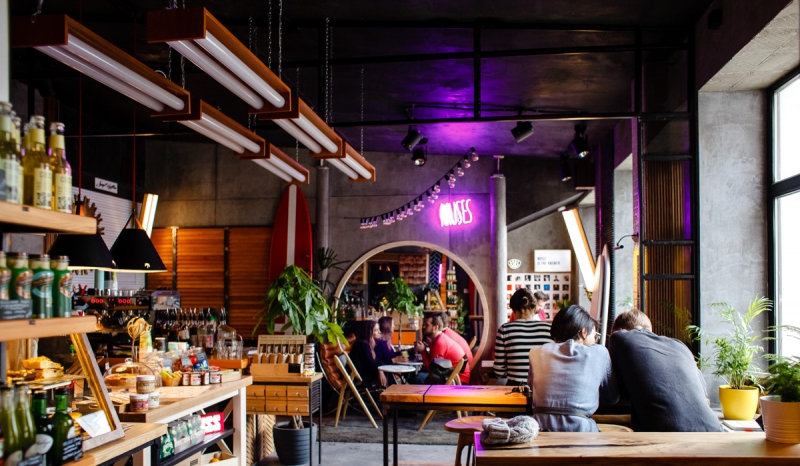 Affiliate-Friendly Advertising Network (the project’s working title) is a tool aimed at finding links between different eating spots, which incorporates a Big Data analysis algorithm. A user ‘checks in’ a bar or a cafe and the system automatically adds the place in their favorites list.

The QULLAB’s staff Arten Konukhov, Aleksandra Nenko, and Marina Petrova used the algorithm to create a map of St. Petersburg’s cafes and restaurants and find out the most cohesive clusters, which are marked on the map as places that attract many people with common interests. In simple words, if you always go from a coffee shop (A) to a bakery (B), you create a link between A and B.

The project is aimed at small businesses such as coffee shops, bakeries, bars, small bookstores, and so on, which offer affordable but personalized services. The project’s team members view themselves as researchers of natural human behavior in the urban environment.

“We find inspiration in the ideas of the Chicago Sociological School, which emerged in the 1920s and was the first major body of works specializing in urban sociology,” shares Aleksandra Nenko, the head of QULLAB. “We also rely on the ideas of the Livehoods project conducted by the Carnegie Mellon University. We used their approach to data analysis and improved the algorithm so that it could take into account various obstacles such as industrial territories, highways, and water. We think that our algorithm can be especially useful for small businesses.”

The team is now working on a paper-based prototype of their map: they want to equip every cafe and bar with a special box where they’ll place discount vouchers for services rendered by their partner-companies.

“The main goal of this prototype is to find out if people will really go from A to B if offered a discount,” explains Atrem Konukhov, a Master’s student at ITMO’s Institute of Design & Urban Studies, IT specialist and developer at QULLAB. “For example, I hardly need discount vouchers when I’m heading to the metro, but I don’t mind getting one at the university when I’m going to have lunch. Or when I have already bought a coffee and want to buy some cookies in a different place.”

The developers aren’t afraid that people won’t like the fact that they collect data about their choices. All the data is gathered anonymously. Apart from garnering information, the authors of the project also ‘stalk’ people on media, both intentionally and unintentionally. They say that this initiative is beneficial for both companies and users.

The future of the project

The team now plans on creating a mobile application. By using this app, people will be able to see all their favorite spots in one place and get benefits in a game format. For instance, users may be offered to ‘collect all the vouchers of the week and get a prize’. Apart from that, the application will help users with building walking routes connecting eating spots. The developers believe that such an app will facilitate the creation of close-knit communities of people based on shared interests.