On March 27, ITMO University announced its participation in the organization of Urban Change Week, one of the biggest events in the field of urban studies both in St. Petersburg and Russia. At a press conference at the Russian News Agency TASS, St. Petersburg’s Vice Governor Evgeniy Elin, ITMO University Rector Vladimir Vasilyev and other participants discussed the key tasks and topics of the upcoming event. 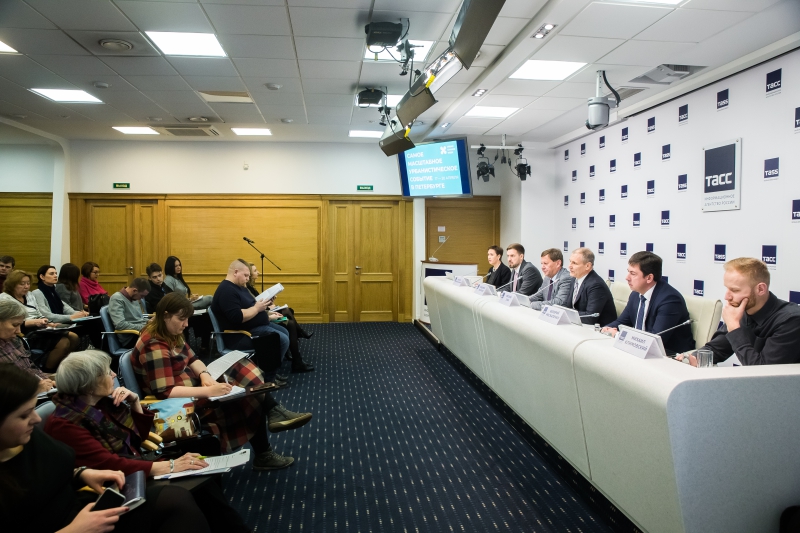 Press conference regarding the organization of Urban Change Week

Urban Change Week will be held in St. Petersburg on April 17-20. Its main goal is to create a platform for communication between citizens, public authorities, scientists and businesses. The event’s coordinators will organize project sessions, during which experts will be able to discuss the city’s biking infrastructure, the future of historic buildings, other countries’ experience, and so on. The event is supported by the Government of St. Petersburg (the Finance Committee of St. Petersburg, the Committee for Economic Policy and Strategic Planning of St. Petersburg), the Ministry of Finance of the Russian Federation, the World Bank, and ITMO University, among others.

“We want to establish a platform for discussing the most topical questions regarding urban development,” says St. Petersburg’s Vice Governor Evgeniy Elin. “Why is it ITMO University that we decided to join forces with to solve this task? We believe that urban development is, first and foremost, about economic development. If we don’t create a working economic model of the city’s development, we risk either turning into a tourist ghetto or suffering decline and destruction. To achieve this goal, one has to have a clear understanding of the processes going on in the city. Then we’ll need to create digital models of these processes, and that’s where ITMO University, one of the world’s leaders in the field of digital modeling, takes the stage. We really hope that our collaboration with ITMO will be a fruitful one.”

According to ITMO University Rector Vladimir Vasilyev, Urban Change Week will focus on creating a comfortable urban environment for St. Petersburg’s citizens and guests. The event will be held in an unusual format; at the heart of the Week will be two major international forums: the 5th International Spatial Development Forum (April 17), and the 1st International Forum of Social Initiatives (April 18-19).

All the discussions and forums will be attended by the city’s public officials and companies, as well as citizens and experts in the field of urban studies and digital modeling.

“One of ITMO University’s roles in this is to encourage other researchers and educational institutions to participate in joint discussions,” explains Mikhail Klimovskiy, Advisor to ITMO University Rector and coordinator of the Urban Change Week. “Also involved in the project will be the Russian Presidential Academy of National Economy and Public Administration and the European University in St. Petersburg”.

The Week’s program will include sections by ITMO University’s Institute of Design & Urban Studies as well as several events featuring Alexander Boukhanovsky, head of ITMO University’s National Center for Cognitive Technologies, and some other ITMO staff. Apart from Russian experts, some speakers from other countries will also take part in the event, including Tarson Núñez, a professor from the University of Rio Grande do Sul (Brazil), Giovanni Allegretti, a professor from the University of Coimbra (Portugal), and Tiago Peixoto, a consultant at the World Bank (Portugal).

Urban Change Week will be mostly held at the Artplay design and architecture center. This is where all the discussions, workshops, as well as business, cultural and educational events will take place. The culmination of the event will be a conceptual art performance featuring a concert of electronic music and light installation held on April 20-21.