The students of the Sirius education center under the guidance of ITMO’s Institute of Design & Urban Studies specialists have created the open-access service Grad Platforma, which allows its users to add, search, and promote various events in the city. The platform aggregates events not only of the cultural but also of the administration and maintenance profile. The project was developed as part of the scientific-technological and educational program “Big Challenges”, held at Sirius on July 1-24, 2019. 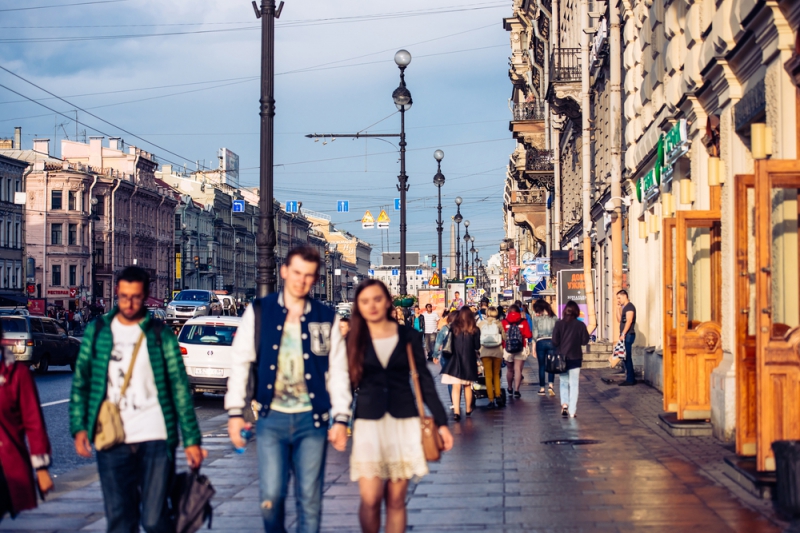 In the course of several weeks, working on the basis of the Sirius education center under the guidance of specialists from ITMO’s Institute of Design and Urban Studies, school students conducted independent development and implementation of one of the components of a smart city interface: a platform for aggregating the events of a diverse profile happening in the city.

Dubbed “Grad Platforma”, the resulting platform’s main feature is that it is built in the Wiki format, as per which any user can create new events and change any event featured. The service’s concept takes after that of Wikipedia and OpenStreetMap: the changes made by one user immediately become visible to the others, with the system saving all revisions of an event to roll back from a potentially unfavorable one if needed.  The moderation of content and the development of the system are also up to the user community to pursue. The users aren’t divided into the city administration, citizens and platform developers: everyone creates and edits the events on the same equal terms. The system saves all the previous versions of the events, allowing you to quickly revoke the alteration you consider inappropriate. The system admins are the only ones to have a special status, being able to block users.

To enable the users to publish their events, the participants of the Sirius education program created a landing page where publishing applications are made. Receiving a corresponding query, the project’s coordinators also inform the users of events that could be of interest to them. According to the participants, it is the cases of possible hot water shutoffs that received the most queries.

Grad Platforma is not the first service to gather information on both cultural and maintenance admin events. The Moscow project Mos.ru is another one to offer this information, in addition to a multitude of other e-services. Mos.ru accumulates data in a centralized way, examining the systems it has access to. But according to experts, most Russian cities lack the ample finances and infrastructure of the capital to be able to emulate the Moscow model, which prevents it from being upscaled. With its user-driven concept, Grad Platforma has the potential to become the resource that the regions could use to the same success as is enjoyed by Mos.ru in the capital.

“Cities produce an enormous amount of standardized information, be it plans for hot water shutoffs, running times of public transport, announcements on problems in the urban environment. While this information is easily accessible to everyone interested in some Russian cities, in others it can be extremely difficult to obtain as little as a catalogue of the data available,” shares Igor Pilipchuk, the project’s participant from Russia’s Khabarovsk Krai.

“Over a short period of time, the participants had to master a whole spectrum of unfamiliar programming languages, technologies and skills: Python and Django, JS and  jQuery, C# and Xamarin, MongoDb, tools and libraries for website scraping, GitHub, business modeling, prototyping, UX, as well as mobile app and adaptive web design. For me, this project was my first experience teaching and working as a project head,” says Artem Konyukhov, engineer at ITMO University’s Quality of Urban Life Laboratory (QULLAB).

All in all, the participants developed not one but three client applications: a website, a mobile app and a VK bot. The solutions interact with the main service via open API. Having registered in the system, any user can create a new event, indicating its name, category, keywords, location, time and description.

As of now, several access points to Grad Platforma have been developed. The project's website allows you to subscribe to events in a specific city and receive notifications by email. The VK bot gradinformer operates the search function and also effects subscriptions to events. Still in the works is a mobile app, currently unavailable as the project’s authors are perfecting the system in regard to the security and functionality aspects.

“The ad campaign in Yandex.Direct has attracted over 300 users to the website, 17 of which have subscribed to our updates. Further interviews with the first subscribers to the service and other potential clients have shown that there is a demand for events organized by small communities or city district administrations. The information on the events of such range is practically impossible to be gathered in a centralized way; all too often, it remains unpublished and travels through the word of mouth,” explains Artem Konyukhov.

Speaking at a field meeting of the Government Commission on Digital Development, the Russian prime minister Dmitry Medvedev declared that 70% of all Russian state services should be made available in the online format by 2024. While Moscow is already nearing this goal, the majority of Russian cities cannot afford Moscow’s automation solutions, which creates a demand for more scalable models such as the Grad Platforma project.