Russia has joined the European Empowering Participatory Budgeting in the Baltic Sea Region (EmPaci) project. Its goal is to create the mechanisms that will allow to involve more citizens into the process of participatory budgeting. The project is implemented by a consortium of 20 partners from Germany, Poland, Latvia, Lithuania, Estonia and Russia. ITMO University acts as a coordinator from the Russian side. The participants discussed the tasks and implementation plan of the project as part of the international seminar “Electronic participation and participatory budgeting: best practices in the North-West of Russia”. 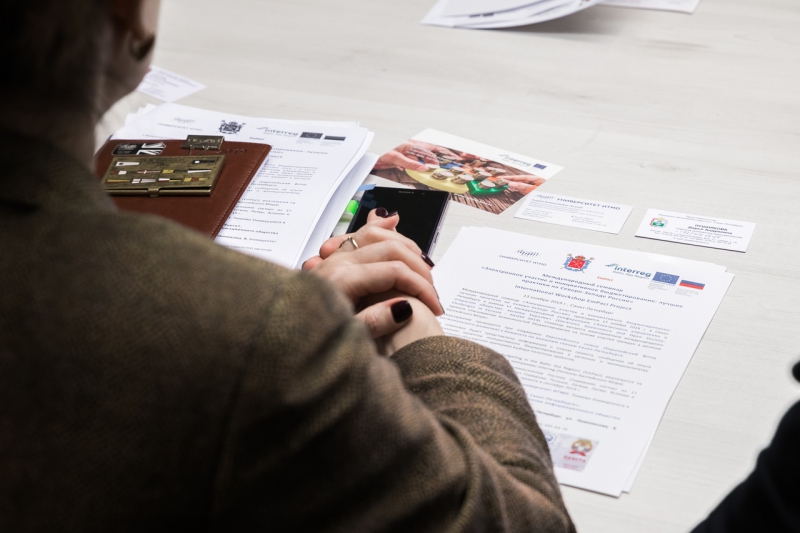 The seminar took place at ITMO as part of the 6th international conference Electronic Governance and Open Society: Challenges in Eurasia — EGOSE 2019. The event took place as part of the international project on improving the budgeting opportunities in the Baltic sea region with support from the European Regional Development Fund and the Committee of External Relations of St. Petersburg.

According to Lev Shilov, the head of the UP urban science center at the European University at St. Petersburg, participatory budgeting is a specific process that has to do with citizens discussing and making decisions associated with allocating a part of a municipal or public budget. To put it simply, this is a process that allows citizens to promote initiatives and projects of their own (for example, projects on improving the social infrastructure, ecology or the quality of urban environment) that can then be financed and supported by the local authorities. The citizens also get an opportunity to vote for such projects and control their municipality’s expenses to some extent.

“Influencing specific parts of the budget is impossible, as this is the domain of the executive and financial authorities. The idea of initiative budgeting is about giving citizens an opportunity to have a say in which expenses are prioritized. Let’s say there’s an “Improvement” line in the budget that contains a number of tasks, for example, the maintenance of existing objects and the construction of new ones. From the standpoint of constructing new ones, it is the municipality that has to make the decision of what to build and where. But if we ask the citizens what they want and where we’ll learn what we should prioritize. This is what we have to begin with. And then, the dialog with the citizens will not just let us know what we should build but also how. This is the third important redevelopment issue. If we succeed in organizing such a dialog, we’ll be able to identify the formats that are good for the citizens and will improve the quality of the urban environment.” explains Lev Shilov.

This practice has already been used throughout the world for over 30 years; both major cities like New York and Milan and lesser communities implement it. On a global scale, it makes possible to make the authorities and budgeting process more open. Today, the involvement of citizens in the budgeting process involves mass meetups that generally take place a couple of times a year or events where committees meet with the citizens in which a much fewer number of citizens participate.

According to Lev Shilov, over 40 Russian regions participate in the development of initiative budgeting. The practice is being implemented by the Ministry of Finance of the Russian Federation. Among the core programs that currently exist in the country is the “Program for the support of local initiatives” (implemented by the World Bank since 2005) and “Participatory budgeting” (developed with the help of a methodology by the European University at St. Petersburg and the Committee of Citizen Initiatives, implemented since 2013).

In St. Petersburg, the implementation of initiative budgeting programs takes place since 2016. For one, the Your Budget project aims to involve the St. Petersburg’s citizens in an initiative budgeting project. According to Lev Shilov, the initiative allows to cover almost every field of urban economy: as part of it, the citizens can propose project on the improvement of the urban environment (parks, recreation spaces, hard landscaping), traffic infrastructure (parking spaces, bikeways, street lighting), as well as projects in the field of social infrastructure, education, leisure and ecology (you can read more on the project’s website).

For example, initiatives on organizing bikeways on Vasilyevsky Island, separate waste collection in a number of schools, the construction of playgrounds and renovation of libraries have already been implemented as part of this project.

According to Lev Shilov, the project successfully involved six districts of St. Petersburg where over 5,000 applications were filed; 240 people were involved in budget committees that chose 17 winning initiatives that will be implemented in 2020 and onwards.

EmPaсi: a new project in collaboration with European partners

The new EmPaci (Empowering Participatory Budgeting in the Baltic Sea Region) project aims to involve as many citizens as possible in the initiative budgeting processes, as well as significantly increase the number of municipalities that participate in the associated programs. The project’s consortium headed by the University of Rostock (Germany) involves 17 partners and 3 associated partners from Germany, Poland, Latvia, Lithuania, Estonia and Russia. The project started in March of 2019 and is intended for 30 months.

Russian partners joined the already approved project in September 2019. The project’s coordination in Russia is conducted by the eGovernment Center of ITMO’s Institute of Design & Urban Studies. Apart from ITMO, two more Russian partners participate in the project: the Council Municipalities of St. Petersburg and the E-Development Partnership in the North-West Non-Profit Partnership (PRIOR North-West NPP).

According to the project’s authors, its main result would be an increase in awareness and knowledge in the field of participatory budgeting, as well as the development of interaction between municipalities and citizens.

“The project’s global goal is to make it so that governmental agencies, chiefly municipal authorities, would pay more heed to the opinions of the population. This can be done by using the mechanisms of participatory budgeting, as well, which will allow citizens to voice their propositions as well as vote for the initiatives they deem important. In essence, this also aims to increase the quality of management,” comments Dmitry Trutnev, the deputy director of ITMO’s eGovernment Center.

The implementation of this project shall also increase the citizens’ awareness and knowledge in the field of public administration, adds Lev Shilov. Today, most citizens don’t have a clear idea of how municipal authorities work. The educational aspect of EmPaci should help arrange effective communication between citizens and governmental agencies.

In the course of the project’s implementation in collaboration with their European partners, the Russian participants will study the current situation in the city’s municipalities, as well as initiate work on providing educational and advisory assistance to those incentivized.

“We hope that we’ll be able to help several municipalities to conduct projects on implementing initiative budgeting. And these projects will continue to exist on their own and serve people’s interests after EmPaci is over, as well,” concludes Dmitry Trutnev.