ITMO University students are invited to participate in a new scholarship competition organized by ITMO’s Faculty of Technological Management and Innovations in collaboration with Gazprom Neft and win a grant for the best startup project. The competition is held in three rounds. During the final round, which will be held in December, the participants will present their projects to the jury, made up of representatives of the university and experts from the industry. Read on to learn more about the competition and its rules. 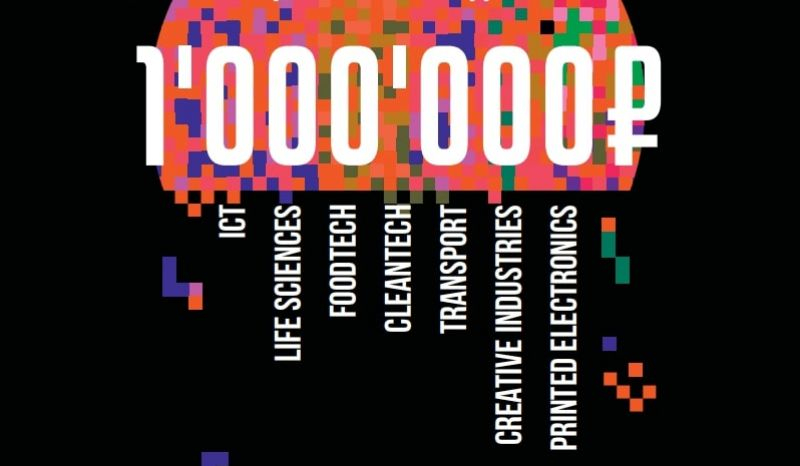 Starting from 2019, ITMO University students can defend their theses in the format of a business project (“startup”). According to the staff of ITMO’s Faculty of Technological Management and Innovations, this is what initiated the establishment of a new scholarship competition organized by ITMO University in collaboration with Gazprom Neft.

“Gazprom Neft and ITMO University have long been partners. Our organizations share a lot in common and we’re convinced that one can only master technological entrepreneurial thinking through practice. Both in Russia and around the world, there’s a demand for generalists who are ready to launch their own projects and manage the existing ones at big corporations. Apart from that, such corporations are interested in startups. This is why they put a lot of emphasis on the creation of a system that would integrate other companies’ products into their own services and the development of such collaborations with universities,” notes Anton Titov, deputy dean for innovations at ITMO University’s Faculty of Technological Management and Innovations. “In our turn, we’re launching this competition to support our students’ projects and help them establish useful connections in the technological world.”

The competition is held in two tracks. Depending on the stage a project is in, the availability of a minimally finished product, a prototype, proven concepts, and a completed stage of market research, and customer development, teams can try their hand at the following areas:

The grant can be awarded to a team with at least one ITMO University student in it. However, the total number of team members is unlimited.

The competition includes several types of grants for the best teams:

The projects conducted in the “Idea” track can receive 30,000 rubles;

The projects conducted in the “Prototype” track can receive 70,000 rubles;

And, finally, the reward for the best project amounts to 100,000 rubles.

According to the rules of the competition, the grant is paid in the format of a scholarship to each team member who is an ITMO University student.

Among those who can compete for the title of the best startup are:

Selection of projects. Acceptance of applications for the competition.

To participate in the competition, each team has to fill out an application before November 24, 2019. This round is followed by the preliminary selection process.

In the course of this round, Gazprom Neft together with the Faculty of Technological Management and Innovations (#itmotech) holds a session where the participants of the competition can discuss technological business tasks faced by the company’s divisions, the Gazprom Neft’s development strategy, as well as the specifics of working at a corporate accelerator.

In the course of this round, the contestants can work on their projects, as well as prepare for the final round. They will be invited to participate in two mentor sessions held by the staff of the Faculty of Technological Management and Innovations and Gazprom Neft specialists.

In the course of the business game, the participants will be able to model the development of their project. Participating in the game will be both project developers and representatives of the industry. As a result of the event, students will learn about all the stages of project development, from attracting investment to communicating with the leaders of the industry and big corporations, such as Gazprom Neft.

The competition will end with a demo day during which the participants will present their projects to the jury in the format of pitch presentations, and the jury will select winners. Participating as the members of the jury will be the staff of Gazprom Neft, ITMO University, as well as experts from the Foodtech industry. A total of 20 teams will receive the scholarships, one of which will get the main prize.