At the end of 2019, the results of a scholarship competition organized by ITMO University in collaboration with Gazprom Neft were announced. Among the winners is a team of ITMO University students, who came up with a comprehensive solution to the problem of abandoned cars, which involves their search, sorting and recycling. The students took first place in their track and were awarded a grant of 70,000 rubles. In this interview with ITMO.NEWS, they share their experiences of working on the project and their thoughts regarding the issue of abandoned cars. 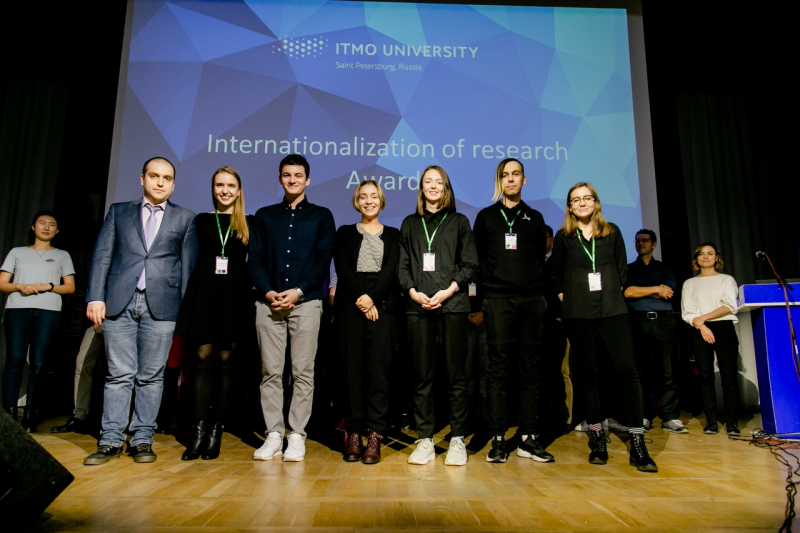 Abandoned vehicles cause a lot of trouble in residential areas in all Russian regions. Parked on the streets, they give rise to traffic jams, occupy parking spots, and spoil the view. Another problem with abandoned cars is that even if they are reported and sent for recycling, they aren’t recycled completely. These are the issues that the Recycle Vehicle Smartly project conducted by a team of ITMO University students is aspiring to solve.

“Unfortunately, it’s almost impossible to recycle cars completely right now,” shares Sergey Teleshev, a first-year Master’s student at the Faculty of Program Engineering and Computer Systems and one of the project’s authors. “An average car is made of cast iron and steel (55% of the total mass of the car), aluminum alloys (9%), rubber (7%), glass (3%), non-ferrous metals (1%) and, most importantly, plastic (20-30%). There are certain technologies that allow for recycling of almost all car parts except those made of plastic since it is very difficult and expensive to sort. The thing is that each type of plastic needs its own recycling process, so you can’t just dump different types of plastic into one pile and try to process it.”

To solve the problem of abandoned vehicles, two tasks need to be performed: it’s important to come up with, first, a way of reporting these cars, and second, a technology for plastic sorting for further recycling. The students want to solve the first task with the use of a mobile app.

“We plan to launch an app that could be used by ordinary people to map and thus report abandoned cars,” continues Sergey. “This can be organized in the game format, something like Pokemon Go, in order to motivate people to help us search for such cars. We plan to work in collaboration with major grocery stores and other companies. Our users will receive points for their actions, which they can then convert into discounts in these shops, while the latter will thus get additional advertising opportunities.”

After a car is reported, the service team will find its owners and ask them if they still need their vehicle. After a while, if there is no response, the car is sent to a special parking lot from where, if it’s not taken by the owner, it will then go to a recycling facility.

“The thing is that you cannot just take a car and recycle it. What if its owner just went for a world trip for a couple of years and the car is not actually abandoned but parked in front of the owner’s house?” says Sergey.

After the checkup is done, the car is sent for recycling where it is disassembled and cut into pieces in a large shredder. The only problem that remains is the problem of plastic sorting. The students propose to solve it by the use of an infrared spectrometer. According to the team members, right now this is the most affordable and accurate way to sort plastic.

“Our task is to sort the remaining plastic parts using an infrared spectrometer,” explains Sergey. “The plastic cut in the shredder lies on the conveyor and goes in pieces one by one, while the spectrometer sends a ray of light to each fragment. The response is different every time and depends on the type of plastic used. The system compares each response against a database of different types of plastic and sends each fragment of plastic to different piles. This is how the sorting mechanism is designed to work.”

“The IR spectrum is unique for each substance, it is some sort of a fingerprint,” adds Yana Mogelnitskaya, a participant in the project, a student at ITMO University’s Information Technologies and Programming Faculty. “The sorting methods that are currently used are significantly less accurate than IR spectrometry. In general, this technology is already used for sorting plastic waste. There is even a conveyor with a spectrometer, but it is only used for sorting transparent and white plastic.”

Already in the process of preparing this project, the students realized that their system can potentially be used to solve the problem of abandoned cars in the streets as well as other junk that people store in their homes.

“The system is initially designed to recycle car parts, but right before the final round of the competition, we realized that it could also help people dispose of their old and useless devices like microwaves, fridges and other domestic appliances that they want to throw away,” shares Sergey Teleshev.

According to the authors of the project, there is still a lot of work that needs to be done, for example, regarding the legal part of the project.

“Though there are laws regarding reporting and further recycling of abandoned cars, these laws need a little perfecting,” explains Sergey.

The team has already come up with a prototype of their system which earned them 70,000 rubles in their track. Now they plan to further develop their project and bring it to the market.