Over the course of two weeks, the participants of the SumIT+InnoCamp joint summer school listened to lectures of invited experts and performed practical tasks. You will learn more about the SumIT School’s results and its best projects in this article by ITMO.NEWS. 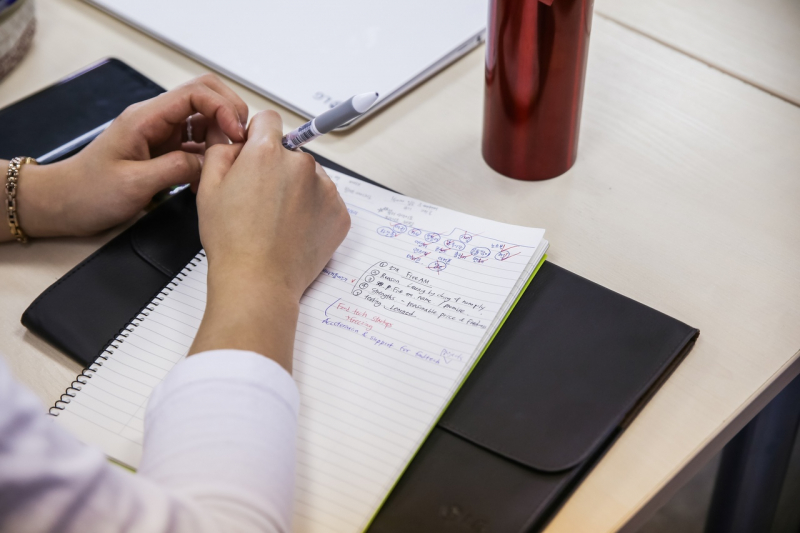 SumIT+InnoCamp joint summer school has come to an end. This year, the school was held as part of the STARTUP CONNECT project, implemented in the framework of the South-East Finland – Russia Cross-Border Cooperation Program, funded by the European Union and the governments of Russia and Finland.

The participants listened to lectures of invited experts and performed practical tasks as part of their work on one of the proposed projects. At the final Demo Day, they presented their projects to an international jury comprising the School’s lecturers, professors from the South-Eastern Finland University of Applied Sciences (XAMK University), Sabine Suorsa and Kseniia Sharapova, as well as such guests as Pasi Pohjala, a venture investor from Finland, Mirza Sagdati, a founder of the Red Brick Accelerator in the Tampere region, Hiroshi Makino, a founder of the SAMI agency (link in Russian), Vladimir Chepurnoy, an investment director of the Helsinki Center in St. Petersburg, and Evert Jan van der Es, a mentor from the Netherlands.

Out of the nine teams, only six made it to the final. As Maxim Makarov, the lead tracker of SumIT School, explains, not all participants were able to withstand the high pace and intensity of the classes:

“Participating in the School required a full day: classes lasted from morning to late evening. So, not everyone was able to manage it with their other activities. But those teams that made it to the final showed tremendous progress during these two weeks. We hope that the participants will continue to work on their projects and will be able to bring them to the MVP stage, and we are ready to help them in this,” he says.

The finalists' presentations were assessed by the jury against a set of criteria: a clear definition of the market segment and target audience, understanding of the chosen sphere, and the industry as a whole, accurate analysis of competitors, competent risk assessment, and the general logic of performance. As Sabine Suorsa, a manager of international entrepreneurial projects at XAMK University and lecturer at SumIT School, noted, not all participants coped with the basic question: who is their proposal addressed to and why is it needed.

“It was very interesting for me precisely because the school turned out to be very Russian – it was my first experience. I noticed that you have a very strong technological base in Russia – all participants offer fantastic technological solutions – but the business part still needs some improvement. When I talked to the participants and asked: “Who is your project for?”, “Who will pay for it?” – no one could give me a clear answer. They count on investments but do not understand that investors do not just invest money, but expect a return,” Sabine shares her impressions.

As a result, the jury members rated the agricultural startup “Integrity Farm” high. Second place was taken by the project of the Indian developer Siddhanta Mishra – a platform for organizing teacher’s distance work. Third place went to the idea of ​​a mobile device for diabetics.

All three winners will receive prizes: a paid course in management and entrepreneurship of Aalto University, personal consultation from an expert on entering the international market, and an opportunity to complete the program at ITMO Accelerator (link in Russian).

For those interested in entrepreneurship, there are other opportunities. On September 1, the Preaccelerator – a special program for startups and students who have only an idea – started its enrollment campaign. At the Preaccelerator, you can work out your idea, make an MVP, and get your first investment. Last year, several projects were able to make MVPs, receive investments, and reach the first sales. The application can be submitted on its website (link in Russian).

An ITMO.NEWS journalist talked to the SumIT School finalists about the results of the School and prospects.

We are an agrotech startup, we grow more than 40 types of microgreens on our vertical hydroponic farm in the center of St. Petersburg. We solve the problem of a varied, tasty, and healthy diet, making it an affordable and natural phenomenon at any time of the year.

These two weeks were very productive, but, of course, it was hard to combine with work: we have no employees yet, so we had to sleep for one and a half to two hours to keep up with everything. But it was interesting, I like to challenge myself.

Anna, an ITMO student, worked with me, she did some of the assignments and helped a lot in those moments when I needed to be engaged in work. She was very helpful.

In general, I love accelerators and this is not the first time I participate in them. With this project, we participated in the Smartup accelerator, then in the Finnish *ship Festival. Unfortunately, due to technical problems, I could not participate in the semifinals of the Festival, but in the process, I got to know Sabine Suorsa and Maxim Makarov. Around the same time, an acquaintance from the Entrepreneurship Development Fund told me about the SumIT School. And I decided that since the stars aligned for me, I need to participate.

It was useful to gather thoughts together, to understand what we want as a company. We thought about both the elaboration of the market segment and the value proposition but we never actually formalized it into specific points. At school, we finally structured the information into something coherent, and, beyond that, we determined our priorities for the near future.

Of course, it's always nice to win. We were probably at a slightly higher level than others, which were still at the level of an idea –  and we already passed this stage two years ago.

After the presentation, I was already contacted by one of the jury members who became interested in our project, and I also received a resume from a person who would like to work with us. So, in terms of networking, everything went well.

Now, we are still farmers but we want to develop our technology, equipment, and achieve higher automation and productivity. For this, we want to raise additional funds, but this is for the next year, and now we are going to launch a crowdfunding campaign.

We maintain close contact with the staff of the chemistry and biological cluster and hope that ITMO University will show interest in us because several of St. Petersburg’s universities already have such laboratory-farms. We hope that it will be possible to become a part of ITMO Highpark’s future: for example, we can build a farm prototype where students could study, gain experience, and learn about the professions of the future – one of which will be connected with vertical farms. Probably, it would be interesting both for the university and for us.

Our project was created for teachers who had a hard time switching to a distance-learning format. Not all of them are that tech-savvy – this is especially true in India.

Studying at school was fascinating from the very beginning, I was so immersed in the process that it was even difficult to believe that everything was happening remotely. The lectures helped me understand the very basics of entrepreneurship, in all its aspects, and practical exercises helped me bring my idea closer to reality.

Our initial concept was to help teachers with the online format. We determined what we are doing and for whom, but the classes helped us understand why we are doing this and how we are going to implement it. My idea became real and now we are very well aware of our future client’s profile, understand our offer’s uniqueness and methods of promotion on the market. So, we will have a lot of work in the near future.

Comments and reviews from experts are a real gold mine for all School participants. I got opinions and insights about my project from the most successful and smartest people of the business community. I wouldn't have gotten this far with my idea without their advice.

On the first day of the intensive course, the participants who already had ideas made mini-presentations, and those who did not have any yet voted for the one they liked and were assigned to teams.

I was most interested in a mobile diabetic app that collects data and predicts events – such as a blood sugar spike – using artificial intelligence algorithms. I am a mobile app developer and the author of the idea is a machine learning specialist, so I figured we can put together the perfect team for this project.

The project interested me because I have friends with diabetes, and I know how inconvenient it is for them to track their condition manually. Moreover, sometimes they suddenly get worse and it can be even life-threatening if no measures are taken in time. I would like to improve their quality of life, and our app could become a real salvation for diabetics in Russia.

There were only two of us in the team – it seems we were the smallest team. But two people turned out to be good enough to develop the idea, formulated in just a few phrases, to a full-fledged business model, carry out major work, combine all the information into a concise presentation and successfully present it to the expert board in a couple of weeks.

Maybe we will continue to engage in this startup, or maybe we will start developing another idea that is more relevant on the international level, and not only in Russia.

In any case, it was a very rewarding experience, because primarily I took part in the intensive course in order to learn how to plan projects correctly and get valuable advice from experts.