ITMO Scientists Find a Way to Turn Blood Into Protein

A research team that includes employees of ITMO’s Faculty of Biotechnologies has come up with a technology for processing blood into animal feed additives and was awarded a grant for its implementation. 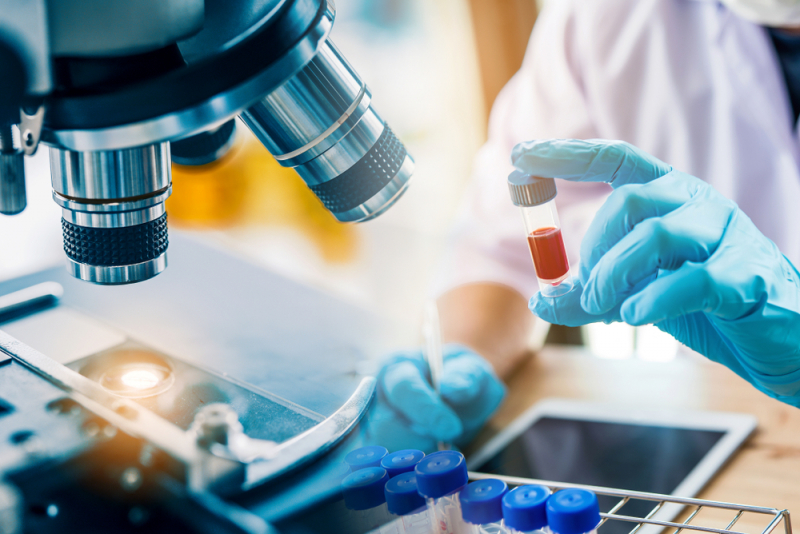 The results of a contest run by the company Tyreman Group as part of the Baltic Industrial Symbiosis program have been announced. The contest took place with the support of the Interreg Baltic Sea Region program and the Business in Biotechnology and Circular Economy project, which is implemented as part of the South-East Finland – Russia 2014-2020 cross-border cooperation program.

The participants of the contest were tasked with developing technological solutions that would create new applications for blood and open a new market for this valuable product. Tyreman Group has assessed 15 companies located in North-Western Russia to confirm the viability of industrial symbiotic chains in the region. As a result of this research, it became known that more blood is produced than is consumed.

The commission consisted of scientific experts, industry representatives, and potential investors from Denmark, Norway, Finland, and Russia. The winning project proposed a technology for processing whole pig blood in order to obtain functional products to supplement animal feed. The authors of the project are employees of the Faculty of Biotechnologies: Elena Kuprina, Alexandra Kuznetsova, and Pavel Demidov, as well as Alexandra Klebleeva and Ivan Timakhovich, both students at the Faculty of Technological Management and Innovations, and Ksenia Kuznetsova from St. Petersburg Electrotechnical University. The winners will receive a grant for the implementation of their project from Tyreman Group.

Blood as a valuable resource

At the same time, blood is a very rich source of valuable nutrients: 100 grams of pig blood contain 15-20 grams of proteins and fats, as well as other useful substances (in particular, B vitamins and mineral salts). If we recalculate these figures per the tons of blood produced annually, it turns out that we’re losing a massive amount of secondary raw material.

Blood as a food component has been used throughout the history of mankind, but in the modern world, many people deliberately refuse to consume it. There are many reasons for this: from fear of infection to religious and ethical beliefs.

“My team and I conducted a study that showed that about 17% of the Russian population refuse to consume blood. First, 7% of Russia’s residents are Muslim and 3% are vegetarian. Secondly, there is a belief that it’s dangerous to consume blood because it contains parasites, bacteria, and so on. It should be noted that blood is dangerous only if it’s collected incorrectly. If it’s collected using vacuum pumps and into a sealed container, then no problems arise,” explains Pavel Demidov.

Having considered all these factors, the authors decided to focus on animal feed. As of now, fish and blood meal (basically, dried blood) are used in it as a source of nutrients (protein and amino acids).

But there’s a problem: if you add more than 5% of blood meal to animal feed, it becomes unappealing to the animals. It may have something to do with the specific taste and aroma of hemoglobin that animals find unpleasant.

“My team and I have found a solution to this issue,” says Pavel Demidov. “We separate the protein-lipid complex from the whole blood, which is subsequently added to the ready food. This will help overcome the 5% limit.”

In order to separate the protein, a special technology is used. It was designed as part of a project for cleaning water from the blood of salmon fish. At first, whole blood is electrochemically processed to make the separation easier. Then, the blood is placed into a centrifuge, where protein is separated as sediment. As a result, the blood is divided into a serum and a protein-lipid complex. The serum is also potentially valuable as a food nutrient.

“It will be clear how feasible it is to use the serum once we’ve studied its composition,” explains Elena Kuprina. “In fact, it contains lots of vitamins, especially a lot from group B. It may be worth considering how to extract them separately from the resulting serum. In this case, we’ll end up creating a complex blood processing technology, but as of now it’s difficult to assess how economically profitable it is.”

Right now, the scientists are working on the improvement of the technological process for a more successful implementation in facilities. This should be done sometime in June. The recipe for the product is already complete in three variations. A business plan and a market entry strategy are also done.

The authors of the project settled on the idea of producing animal feed since this market is more promising, understandable, and accessible. However, the isolated protein can be used for the enrichment of the human diet, too. The main obstacle is the taste of the product.

“We aren’t sure that the organoleptic properties of the product we have produced – in other words, its taste – will be suitable as an addition to human food. There is nothing wrong with its biochemistry, it contains only nutrients. It may be advisable to partially destroy the hemoglobin complex so that the specific taste and smell of iron disappears. So far, this is just an idea: we don’t know whether it will work or not. But it’s undoubtedly important to investigate this ​​application because it’s a rich source of raw materials that aren’t used in any way,” says Elena Kuprina.

In the future, once a more comprehensive biochemical analysis of the protein-lipid complex and serum is done, the scientists plan to consider the possibility of making it into a supplement for human consumption.