Race to the Top: Who Will Rule The Neurotech Market?

Neurotechnologies can offer humans incredible opportunities: stimulate brain activity and increase its performance, control household devices with one's mind, talk to others without need for words or messenger apps. Moreover, the NeuroNet market is listed as a key market in the Russian National Technology Initiative. But first, it needs to overcome some major challenges in order to get to the stage of actual sales. Participants of the NeuroForum "NeuroNet development opportunities in global markets" discussed key tasks for the NeuroNet market past Thursday. The event took place at the “Boiling Point” space in St. Petersburg with the support of ITMO University. 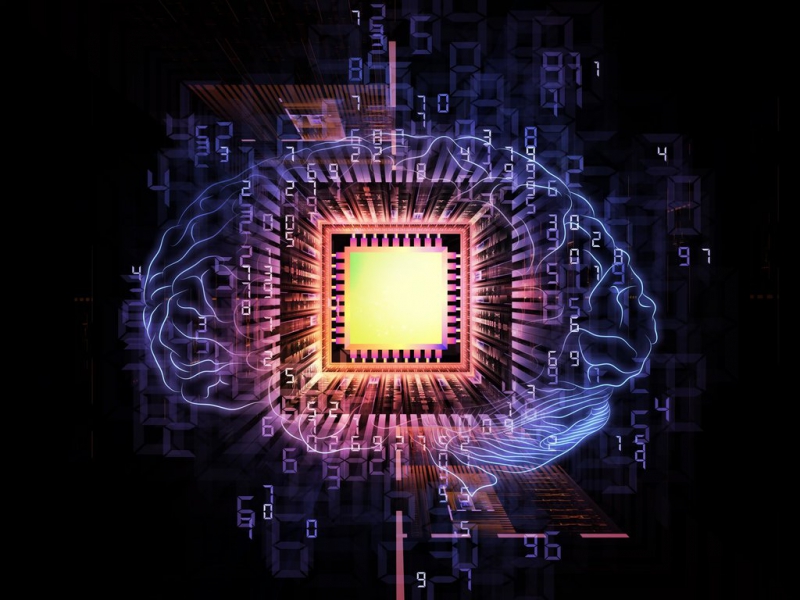 Setting our own rules

Why do people have great expectations for NeuroNet? One of the reasons is that this is a very fresh market on a global scale, and there are no set rules in it yet, - Kirill Soloveichik, the public representative of the Department “Young Professionals” at the Agency for Strategic Initiatives in St. Petersburg, told ITMO.NEWS. That’s why companies or regions which will be the first to seize the initiative and set trends in the field will most likely become its leaders.

"NeuroNet is one of the most promising markets. Our country and our city both have a huge potential, they have all chances to become world leaders in this area. Right now, it’s high time to consolidate the community of professionals who work in this market in order to come up with some working models for the development and support of NeuroNet,"- Kirill Soloveichik suggested. What kind of potential does St. Petersburg have? One of its major advantages is its research base. The city is home to more than 80 universities and 40% of its inhabitants have higher education, Maxim Meyksin, chairman of the Committee for Industrial Policy and Innovation of the city administration, cited. He then added: a council for the implementation of NTI has been created at the governor's office - and the administration is ready to support NeuroNet.

"But it is the professional community’s responsibility to formulate requests for market development, suggest what support tools should be developed and set tasks. We should come to terms with the fact that any interesting project has the right for future development, but it has to have economic feasibility. When the city government develops any support measures, it also outlines the results such measures must facilitate," - Maxim Meyksin commented.

In 2016, the volume of services and sales of the global NeuroNet amounted to nearly one billion dollars, - commented Natalia Galkina, Head of the NeuroCommunication and Marketing subgroup of the NeuroNet NTI working group. At the same time, about 29 billion dollars were spent on research in the field of neurotechnology. "This means that results of this research, all of these new inventions will soon come to the market because investors never invest such sums of money in the early stages," - she suggested.

The expert emphasized which two major areas neurotechnologies will most actively develop in. The first one of these two areas are predictive models for behavioral neuroeconomics. Major companies have accumulated a lot of data on consumer behavior over the years. Analysing this data will allow experts to predict what consumers will buy and what needs they will have in the future. Analyzing consumer behavior with the help of neurotechnologies is well expected. The second major area concerns the development of communication systems capable of replacing oral and written speech, i.e. brain-computer neural interfaces. People with disabilities will be able to manage their artificial limbs better. It can be applied in communication, as well. Neurotechnologies have great potential and can be applied in other medical fields as well. According to certain predictions, more people will suffer from neurodegenerative diseases with time. The demand for neural interfaces, which can stimulate the brain and train humans’ cognitive abilities will grow. NeuroForum presented an exhibition of neural interfaces designed for people with medical issues, such as anxiety disorders and post-stroke rehabilitation. Neural interfaces capable of improving cognitive abilities and increasing brain productivity, as well as a service for recognition and monitoring of emotions were also part of the display.

Entertainment industry will also be a major consumer of neurotechnologies, including virtual and augmented reality systems. These can be used not only in computer games, but also in education: for teaching students practical skills, for example.

Experts at the forum named two main problems impeding the NeuroNet market’s development. First problem is that new neurotech products cannot be tested on real consumers. That makes it increasingly difficult to promote an invention and make it something that can be used and marketed. Unfortunately, development teams rarely have any funds to bring prototypes of their inventions to the actual market. "Banks or investors are not ready to invest in projects with a realization period of five to seven years. Usually they ask to test the idea first, and only then come to them for money. Therefore, state support is vital," - Tatiana Komissarova, Dean of the Graduate School of Marketing and Business Development at the Higher School of Economics commented.

She then added that many development teams are lacking expert assistance in marketing also. They can’t promote their product to the potential customers by themselves. It’s necessary to create centers where mentors will help developers work out the business-feasibility of their concepts and prove their efficiency.

"NeuroNet also needs expert evaluation from industrial partners, who can indicate the weak points particular neurotechnologies may have - in order to sell well at different markets. We need experts who will be able to “filter” new inventions and adapt them for local markets," - Vitaly Zubchenko, Head of the NeuroNet Project Office at ITMO added. The fact that very little research is performed in this area in Russia constitutes NeuroNet’s second serious problem, - Alexander Semenov, Executive Director of the NeuroNet Industry Union, suggested. According to him, the Union’s experts monitor the number of research publications in this field on the Web of Science database, as well as in Nature and other international journals on a weekly basis.

"Despite the fact that Russia has a great scientific backgroung in regards to neurophysiology and mathematics, we are falling behind on the amount of technological and scientific material that would lay the groundwork for NeuroNet projects. The issue is that fundamental and applied research in Russia receives funding on a non-regular basis. If this situation is not going to change, then in two years all the scientific and technical reserves that we have now will simply run out. And consequently, neurotechnologies will become inefficient," - the expert said. Certain programs for financing neurotechnologies exist now, indeed. They are sponsored by the Ministry of Education and Science, the Russian Science Foundation and RSCI. But there is no bedrock for founding startups on in Russia, - Alexander Semenov added. He suggested drafting a collective application to the Ministry of Education and Science, proposing a more structural approach to financing science in the field of neurotechnology.

The need for new talent in the field

The NTI program will continue until 2035. This means that specialists who will actively develop NTI markets are currently studying at universities or graduating from them. It’s important to inform young professionals about NeuroNet: what tasks are set for the players on the market and what competencies are in demand there. There is a need to create NeuroNet centers at major universities in order to raise awareness of these matters. One of such centers might be based at ITMO. The university has already developed competencies that could aid NeuroNet research, added Natalia Lukovnikova, Director of Science and Technology Foresight Center.

ITMO currently has: the Biochemistry Cluster, International Lab “Information Science and Semantic Technologies”, Bachelor’s program “Neurotechnologies and Programming”. In addition to that, a new Master's program "Cognitive Technologies and Quantum Intellect" is set to launch in 2018. This program will aim at developing and implementing methods of quantum computing in data arrays processing, including crowd behavior analysis, medicine and other areas with a great number of unpredictable factors. Take the common flu, for instance: it’s very difficult to predict the dynamics of its spread because of the large number of factors that cannot be controlled, like the number of carriers’ social contacts, weather conditions, etc.

"We are forming partnerships with the key players on the market of educational services in order to prepare students for the future challenges of the NeuroNet industry," - Natalia Lukovnikova concluded.

NeuroForum hosts roundtables and discussions on neurotechnology, use of AI for clinical research, crowdfunding, tools for legal regulation of AI use and a whole list of other topics.