Last week, ITMO University hosted a technological entrepreneurship school for school students of grades 9-to-11. In the course of four days, its participants attended educational workshops aimed at helping them develop their own business ideas. Four projects were presented on the final day of the school. Read on to learn more about what problems the young generation of startupers are concerned with and what solutions they propose. 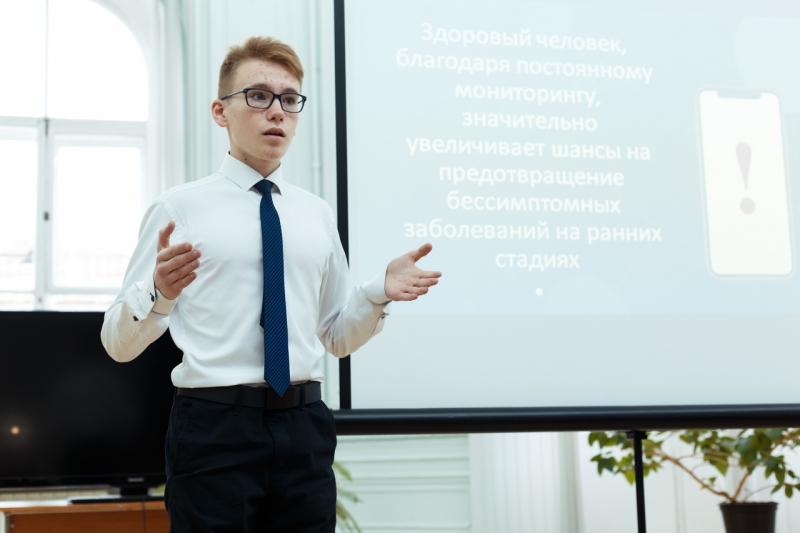 It’s not the first time that ITMO University hosts the Teens in Tech technological entrepreneurship school. The goal of this project is to encourage school children to develop their own business ideas based on their research findings. The program is designed for teenagers interested in biology, chemistry, IT and a range of other fields and willing to bring their ideas to life.

“This year, some 25 school students participated in the competition, out of which 18 made it to the final round. They were split into four teams and each team was assigned a mentor. In the course of four days, we organized lectures and told the participants about the modern trends in the world of technologies, as well as the basic principles of business planning and product presentation. Initially, we wanted to specify a range of fields that we wanted to see in our program, such as biotechnology, metamaterials, robotics and IT. Every time, we’re looking forward to welcoming our new participants with their projects, which have all the potential to be further developed as part of our business accelerator,” shares Tatiana Tokareva, deputy dean of ITMO’s Faculty of Technological Management and Innovations.

The project presented by the first team is a tiny nanochip that can be implanted in the human body and used to detect various diseases. According to the members of the team, with the help of this chip, you can see the main indicators of your body’s wellness: from temperature to blood sugar. Data from the chip will be transferred to the application on the phone and, if desired, sent directly to your doctor. Thus, everyone will be able to monitor the state of their health in dynamics. This development will be particularly useful for people suffering from chronic diseases. Thanks to the chip, they will be able to control their state more efficiently.

“We think that time is the most important resource that we have in the modern world. This is why we decided to address the problem of time waste in our project,” say the members of the second team.

They came up with an application that helps you quickly find a cafe using special parameters and see how busy they are. The school students say that using their app, people will no longer have to wait in a queue in order to have lunch and thus will be able to save a lot of time.

The third team also attempted to solve the problem of time waste and came up with the idea of an multifunctional app that will be performing several important tasks at once: building routes and finding the best transport options, finding cafes and restaurants located nearby, automatically filling out the user’s calendar and consulting them using a system like Yandex’s Alice.

The members of the fourth team decided to create an app for organizing business meetings. To start using it, an entrepreneur has to create an account, indicating their type of activity, the field they work in and their interests. After that, the smart algorithm forms a list of suitable people for you to follow. If there is mutual interest, the users can see each other’s contacts.