ITMO Graduate Daria Yakovleva on Building a Career in IT, Working at VK, and Launching NFT Startup

Daria Yakovleva got her Bachelor’s and Master’s degrees from ITMO and is now a PhD student at the Information Technologies and Programming Faculty. Her career in IT began during her Master's studies with an internship in Silicon Valley and becoming a team lead at VK. Recently, Daria launched her own NFT startup that has already won the international hackathon by Algorand and was named best in its cohort at ITMO Accelerator. In this interview, we asked Daria about finding her purpose and why she left a corporate job behind to focus on her startup. 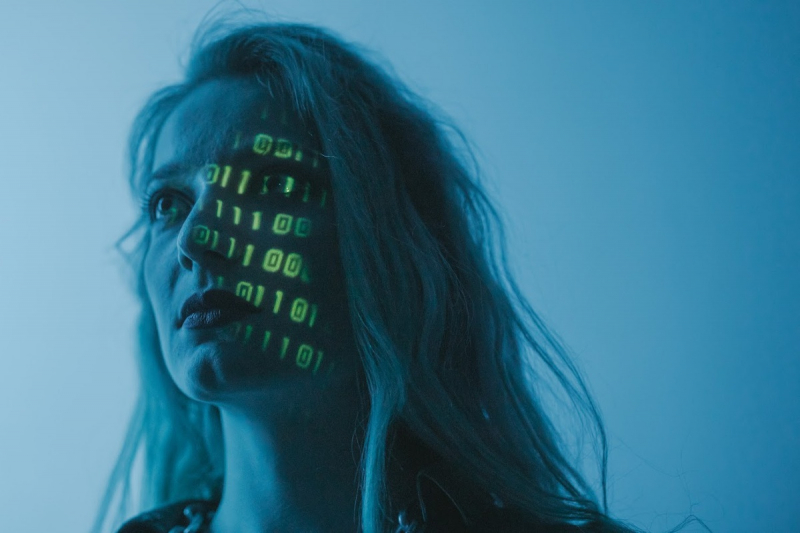 As a Master’s student I interned at Google twice: first at the Munich office and then in Silicon Valley. I didn’t really like any of these places, so I didn’t consider moving. Moreover, back then I had already decided I would get my PhD at ITMO.

What is more, even before leaving for the US, I had done an internship at VK and it was a very inspiring experience. The company set very high standards for every aspect of the job – the team, the tasks, and the responsibility I was given. All this made me want to return for a permanent position, which I successfully did – and I have no regrets, working there was really great.

I spent four years at VK; I started as a junior programmer and later advanced to leading my own team. All this time my team and I were working on machine learning algorithms for advertising: we developed a click prediction model, then launched automatic managing strategies for ad prices. I started coding these strategies on my own, then I assembled a team – and now I am no longer there but their work continues.

Early career challenges in IT

Naturally, I had to face my own problems and challenges at every step. When I started out as a junior programer, I thought I wouldn’t be taken seriously as a woman. So I came to work with no makeup, wearing jeans and T-shirts. Later, when I saw that I was doing good, I realized that it didn’t matter how I looked – my work and not my looks should count.

Beginners have another problem: they are afraid to ask about things they don’t know. As a result, you can spend two days looking for an answer when it would have been much easier to just ask your team lead.

Later, when you get your own team, you have to learn to delegate. At first you think that it’s easier to do something yourself – and you will do a better job anyway. And then there is another extreme, when you overcome this initial threshold and start delegating everything. None of them works, so you have to find a balance and understand what, how, and to whom to delegate.

Leaving VK and launching a startup

I left VK last summer for several reasons. The company I was leaving wasn’t the one I once came to. When I started, we had a great energetic team, we were bursting with ideas, we took on a lot of tasks, we inspired each other – and all of that allowed as to rapidly advance as professionals. We felt largely responsible for the final product and the people around us.

Last year was a turning point; there were major internal changes, teams were merged together and enlarged, it all felt very different. I decided that I wouldn’t be able to grow in these new circumstances and started thinking of other paths I could take. I didn't want to be just a programmer anymore, I wanted to have a broader perspective on the product. However, I didn’t fancy being a product manager either, because this position doesn’t have that much connection to the technical aspects of the job.

After several months of looking for what I wanted at other companies and not finding anything I liked, I decided to create it myself.

I wanted to venture into the business world for a long time; maybe because my father is an entrepreneur. To get a sense of how everything works, I launched a couple of minor projects. For instance, I tried to create a small neural network that would generate descriptions of clothing items for social media. I was responsible for customer development myself:I launched an MVP (minimum viable product – Ed.) and communicated with brands to see if they were interested in this solution. Finally, it turned out that there weren’t many clients for it on the Russian market. Moreover, b2b was a tough sector to work in and the average purchase size was small. All in all, it wasn’t a profitable project.

Then I became interested in 3D clothes and got to know artists, designers, and 3D modelers who were dipping their toes in NFT and posting their work on marketplaces. I tried making virtual clothes myself and got really into it.

As I didn’t have a team for my text generation project, I was looking for various events for entrepreneurs and came across ITMO Accelerator. I got into the program, but it quickly became clear that I had no idea where to take this project further, so I switched to 3D and NFT. Luckily, my mentor at the Accelerator turned out to be a crypto investor. I was also joined by two co-founders, who had been into cryptocurrency and NFT purchases for several years and were both interested in starting their own collection. That is how MetaPunks, our project, came into being. Later, it won the Demo Day at ITMO Accelerator.

MetaPunks is a generative collection of 3D avatars that can be used not only as NFTs but also in various metauniverses or multiplayer games, such as Roblox, and at VR and 3D conferences like Mozilla.Hub. Each character is generated by an algorithm and each of them is unique. Usually, NFTs are sold at major platforms like OpenSea or Ethereum, but we opted for Algorand, where users care more about the technological aspects of their collections. The competition there isn’t tough and the market is small, which might have played into our hands – it was easier to make a name there. It was especially useful because as co-founders we knew nothing about marketing and promoting our products. However, we came up with our own sales infrastructure, unlike anything on the platform. Our article describing the solution went viral, so we joined the Algorand INNOVATE Hackathon and won. All of this contributed to our success.

Previously, at Algorand you could only purchase one generative token at a time, either directly or at an auction. We proposed an infrastructure that allowed users to purchase several random NFTs – we thought it through, from backend to smart contracts.

At the start, we weren't sure if we could sell the whole collection, but we really wanted to believe in it. After all, we really stood out: first of all, because our works were in 3D and second, thanks to our complex infrastructure. I think that in our interviews and articles, people could see that we are a good team, so they decided to support us.

From NFT to DeFi

Apart from that we are working on another project, a blockchain financial investment platform. Users will only have to invest their tokens and choose the risk level – and we will form their share portfolio. This is a large-scale long-term project and we are only at the start. The new platform will be partly managed by NFT owners through a system called ProtocolDAO.

When I started out, I had no fear. I had a financial cushion and I could afford to spend several months trying out many different projects. After we launched the product and built a community around it, our responsibility grew and it became scary. We are now developing a more serious product and we have a team working for us. We spent a long time polishing our strategy and business model; now we are looking for a grant and investors. I love our team and the idea we are working on. I know that now our success is up to us.

When I look at other startups, I am amazed by the way they deal with challenges. Maybe it’s because these things always seem scarier from the outside. You look at it and think, “How did they do it?” But when you face such problems yourself, there is no time to reflect too much upon it – instead, there is a burning desire to find a solution.

I have come to think that in a startup you overcome one problem only to face the next one. Once you’ve found a solution and got through your fears, you have to deal with the next challenge. But then when something works, it is such a joy and a great motivation boost to keep going.

Keeping in touch with the community

I am grateful to ITMO for my knowledge, experience, opportunities, and connections. It really helps to be part of this community. ITMO has given me so much, and I really want to give something back. I used to teach and oversee practical training in machine learning. I also organized ICPC championships. But after we founded the startup, it became harder to find the time.

When I am going through a hard time, I find strength in learning about the experiences of other people who went through  similar situations. On the one hand, their experience can point me towards a solution, and on the other – I am inspired by the fact that there are no unsolvable tasks and you can always find a way out.

Soon I will give a talk at the conference IT Conf International Women’s Day at ITMO. I decided to take part in it because I want to help students in a way that the experience of others once helped me.

At the start of my career in IT, I had to deal with many challenges and I was grateful for all the support I received. Creating a startup is diving in total unpredictability: you don’t know what to do, for which customers, and on what market. It is both a great creative freedom and a nerve-wracking state of so many unknown variables. At these moments, it is especially valuable to have people who will guide you and give you confidence in your success.

IT Conf International Women’s Day will take place at ITMO on April 15-16. You can check out the program and sign up for the event here (in Russian).