The project for sustainable development of the area near the Pskov State Regional Power Station was initiated by Sergey Gastev, a PhD student at the Faculty of Energy and Ecotechnology, with support from the administration of Pskov Oblast. Thanks to this project, the station that was supposed to be closed will be able to start functioning again. ITMO.NEWS contacted the project’s author and found out why he decided to save the power station and how his expertise in engineering helped find investors. 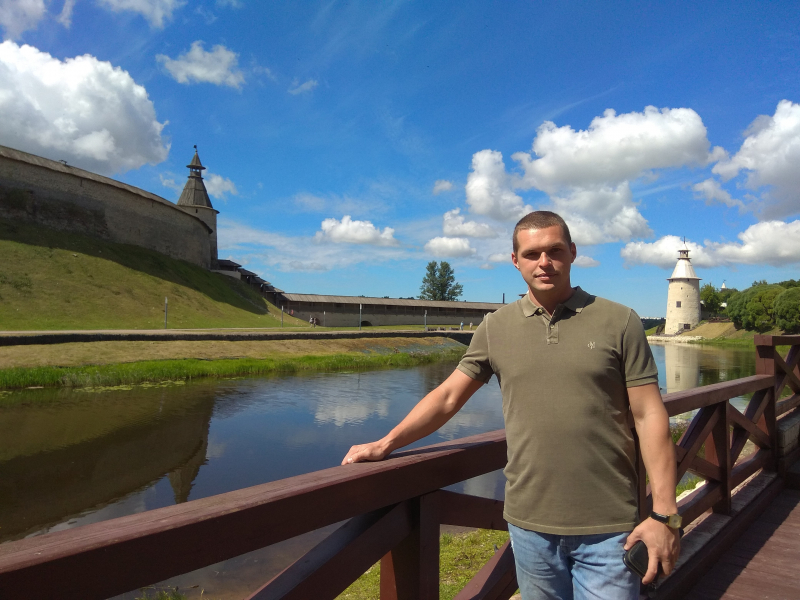 What made you interested in the revival of the Pskov State Regional Power Station?

It all started in February 2019, when my friends invited me to visit Pskov for the first time. I fell in love with the city and people who live there and preserve their cultural heritage. I decided that I would like to help them by starting a project to improve the living conditions in the Pskov region.

I graduated from Bauman Moscow State Technical University with a major in Electric Rocket Engines and Plasmic Energy Plants. In 2018, I started my PhD studies at ITMO University, majoring in Thermal Physics and Theoretical Thermal Engineering. I’m motivated by the desire to create comfortable living conditions for people. In the Pskov region, I saw the opportunity to make my ideas come true. I shared my thoughts on sustainable development of the region with my friends who work in the administration of the Pskov Oblast.

They suggested I visit the station. I was surprised by the way its staff has been preserving and developing their facility during all these years. As of now, the station is in the “cold reserve”, so it’s not used. I decided that we can’t let such a massive facility be abandoned.

Why is the station in the cold reserve?

It was built during Soviet times and was supposed to provide electricity not only for the Pskov Oblast but for neighboring republics as well. But nowadays, they are supplied by other sources of energy. For example, the Republic of Belarus has launched the first power unit of their atomic station. The supply of electrical energy from the Pskov Station to the wholesale market in Russia doesn’t sound promising either and there are no potential and stable consumers. In 2019, I talked to the head of the station, Evgeniy Golubev, and back then the plan was to stop using the facility altogether and dismantle it in 2022.

What makes your project unique?

The project is focused on the creation of a unique industrial facility that corresponds to the principles of sustainable development in the North-Western region of Russia – in Dedovichi village, where the station is located.

It’s unique because it will allow us to produce secondary thermal power that can be used not only for the heating of objects in the Pskov Oblast but also for the implementation of various business projects, such as agro-industrial or commercial fishing facilities, recycling, data processing centers, etc.

The main feature of the project is that once we reach the 80 MW load and above, we will be able to recover resources spent on the production of electrical energy. Consequently, it was necessary to attract residents who would consume the said amount of power.

To achieve this, we started to work on our goal at ITMO University, with the help of my research supervisor Igor Baranov, the head of the School of Biotechnology and Cryogenic Systems, and Daria Mironova, the deputy head of the School and head of its Marketing Research Office. We found residents who would consume more than 80 MW of electricity.

Who are those residents?

At first, we thought about using up all the power at the expense of data processing centers. But then, our team realized that we can also attract supply facilities. We managed to attract companies in the fields of agro-industry, commercial fishing, recycling, etc.

For residents of the area around the station, electrical energy will cost 2.75 rubles for 1 kW per hour. It’s a competitive price for electricity in the North-Western region. Thanks to this, the production will be less pricey. It will also allow us to take part in the project for Arctic development – the products of high quality won’t be too expensive for this project’s participants to produce.

So the main advantage for the residents is cheap electricity?

Not only that. The project takes place in the framework of the Special Economic Zone of Pskov Oblast, so our residents will receive tax benefits.

Another key advantage is energy resources. It’s not only about electricity. The production cycle at the station works in such a way that energy is produced at the expense of gas-turbine installations. As a result, we receive thermal power that can be used not only to supply the nearby village but also to produce food products. At the same time, this energy is secondary, which means free – it’s just a side product.

That’s where my expertise in thermal physics came in handy. We can build a garden around the station that would allow us to grow fruit trees in greenhouses and harvest them all year long.

How is the project related to your PhD studies at ITMO University’s GreenTech Faculty?

My thesis has to do with evaporative cooling systems for data processing centers. I know the way energy facilities are constructed and I realize how to efficiently use thermal power and promptly create a data processing center of the container type with an evaporative cooling system. This means that we can reduce the amount of time and resources spent on construction. All this allowed us to design a unique solution that attracted potential residents and received support of local administration. Reduction of the time needed for the construction and the prompt launch of the facility will kick start the generation of electricity at the Pskov Power Station.

At what stage is the project now?

As of now, the project is at the stage of approving the concept design that will determine the interaction between the participants: residents of the Special Economic Zone, administration of the Pskov Oblast, and ITMO University.

What is ITMO University’s input in the implementation of this project?

I’m ready to work on the project full-time and maintain the interaction between the administration and the project’s participants. The role of the university is to be the key technological partner that will not only make suggestions and help facilities to introduce new technologies but also provide the facilities with staff members.

About 1,500 new workplaces will be created in the Special Economic Zone and ITMO University will be the key partner when it comes to research and education. The university will also be able to participate in the “sandbox project” where its students will not only see what industrial symbiosis looks like but also take part in the implementation of various projects.

Your project was mentioned by the Agency for Strategic Initiatives (ASI). Could you tell us a bit about your interaction with the agency?

Daria Mironova is responsible for the interaction with ASI and the attraction of key partners to the project. The Special Economic Zone in Dedovichi will allow us to make the station a center for the development of national eco-technologies and industrial symbiosis, a pilot platform in the framework of the infrastructural project Creation of an Ecosystem for Industrial Symbiosis in Russia through Development of Centers for Industrial Symbiosis curated by Nikolay Pitirimov, council chair of the executive board of the international St. Petersburg Cleantech Cluster for Urban Environment.

ITMO University has been a member of the Cleantech cluster since January 2021. Thanks to this, our university actively participates in the promotion of green technologies that are the main focus of the Faculty of Energy and Ecotechnology, headed by Ekaterina Tambulatova.

Industrial symbiosis means that facilities cooperate in order to optimize production costs by using side products and waste of some facilities as materials for other facilities, as well as cooperative consumption of informational, energy, and other resources.

I hope that the implementation of this project will be an impulse for the creation of eco-friendly facilities that will not only benefit the sustainable development of the North-Western region but also the supply safety of Russia.