ITMO's Video360Production project has signed a cooperation agreement with Samsung Russia. Together with Russia Today and ECM VR Films Festival, Video360Project is now an official partner of the Korean company in the field of VR content. Now, videos made by the team from ITMO University are available in the Samsung VR service. 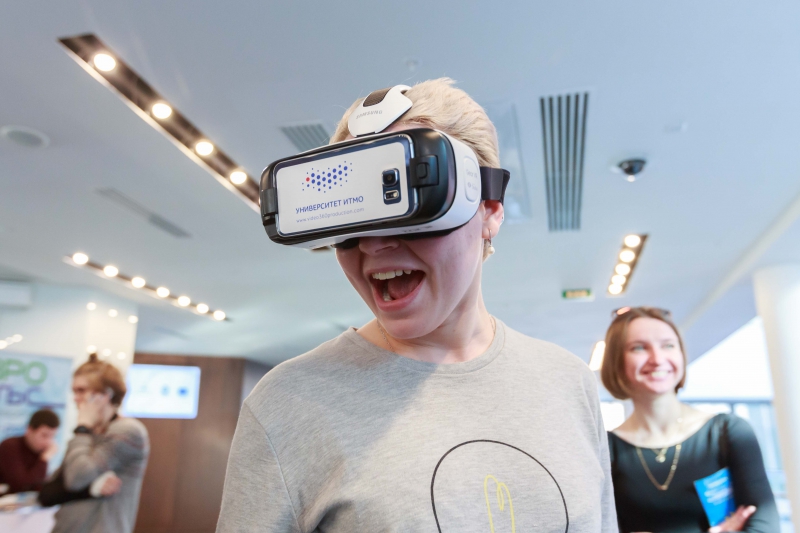 "Samsung's representatives were the ones to propose this agreement, as they are launching their own service for VR content. They already have their Gear 360 camera for filming such videos, but the quality of its videos is still not professional-level. Still, its users need access to services and hostings to upload their videos, and then share this content via social networks. So, with the launching of their hosting, Samsung started to search for video 360 content all over the world. As Video360Production has one of the biggest portfolios in Russia, the company turned to us", shares Denis Stolyarov, Video360Production's project director.

After signing the agreement, Samsung chose some of Video360Production's panoramic videos. According to Denis Stolyarov, the content consists mostly of records of concerts and travels. For instance, videos of "Bravo" band songs and one of the first 360 videos recorded in Russia — tours of Saint Petersburg's rivers and canals, were included into the short-list. What's more, Samsung appreciated the piece filmed by Video360Production's operator during the expedition to the Arctic of the Northern Federal University.

Though it's still early to talk about further collaborative projects between Samsung and Video360Production, the corporation states that it is ready to promote ITMO University's content. "Despite its status, the Samsung Company is very open for cooperation. We have a common vision of how 360 video technology should be developed into the future, so they are interested in what we do, and are ready to help us with our projects — both cultural and educational. After they analyze our projects, we can expect them to help with equipment and organizing of our film shoots", explains Denis Stolyarov.

We'd like to note that now, Video360Production's team works on filming videos dedicated to the Hermitage and its cats. The project's members plan to film about 30 pieces about the museum that might end up being included in Samsung's catalogue.

We'd like to remind you that over the last two years, Video360Project filmed more than 80 videos in 360 video format for industry, art, construction and advertising. From this year, Video360Production is also an official partner of the State Hermitage Museum.