On March 27, ITMO became one of the co-founders of the new Center for Innovative Research, Development and Production Technologies, CINPET. The new center will focus on solving problems that have to do with the city economy, including those related to energy. Students of its partner universities will get the opportunity to offer their projects for optimizing the center's work. 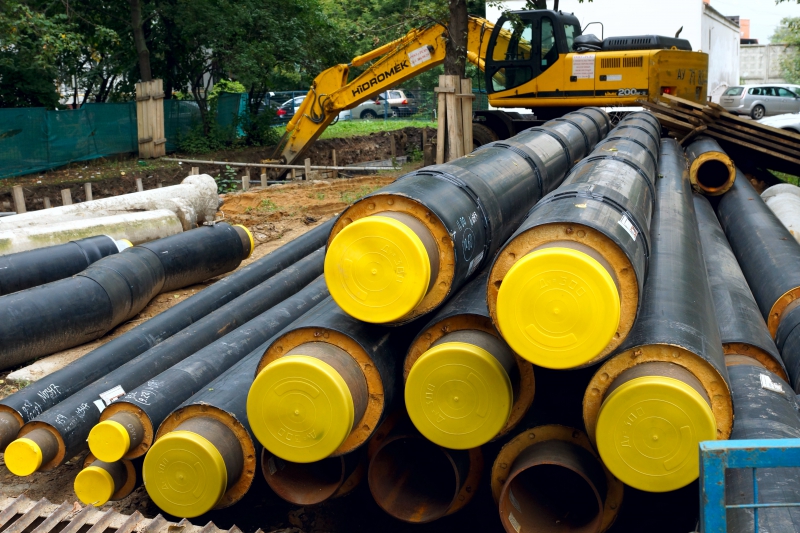 For the first time in St. Petersburg, two major universities (ITMO University and St. Petersburg Polytechnic University) joined their forces with commercial organizations that develop new equipment and the companies that use it. Among the latter are state unitary enterprise "TEK of St. Petersburg",Russian State Scientific Center for Robotics and Technical Cybernetics, Diakont Jsc and Lenpoligrafmash Jsc. As the agreement was signed in a historical building - the Eliseev Palace, that was once owned by the Eliseevs, a renowned Russian merchant family, and is now part of ITMO University, Rector Vladimir Vasilyev expressed hope that the Center will inherit the traditions of their success.

"I hope that the Center, the new agreement that we sign today, will not only take up the baton in what has to do with its purpose, but will also become as successful as the Eliseevs' Trading House once was," comments Vladimir Vasilyev.

The agreement was initiated by Igor Fedorov, head of the state unitary enterprise "TEK of St. Petersburg"and Mikhail Fedosovskiy, head of DiakontJsc. The companies already collaborated in the past, and have decided to increase the number of their partners. According to Vladimir Vasilyev, ITMO University was invited to participate in the Center's operation as co-founder and organizer.  Though the university will not be the Center's main platform (the Center will mainly use the capacities of the state unitary enterprise "TEK of St. Petersburg"), it will become an important strategic partner, as it has facilities in the city center and can offer a site useful from the logistics point of view. The Center's work will mostly be focused on introducing research results and new technological solutions into the city's heat power industry, and in the future, it is assumed that it will deal with other fields of the city economics as well. The participation of universities in the project will allow students to promote their ideas and inventions that can be used in this field. Now, such initiatives will get a proper response, as there is a special platform for it. What is more, the universities will become one of the main intellectual resources for the center.

"We need to instigate the projects that our city's R&D companies have, and invigorate the development of scientific potential in the field of heat power industry. The idea was readily supported by boards of our leading universities, and we expect other renowned universities and companies that partake in the innovation processto join us soon. We hope that the launching of this center will push forward public support of new national R&D initiatives in what has to do with increasing the effectiveness and reliability of both urban and federal networks," shares Mikhail Fedosovskiy.

According to JscDiakont's CEO, the Center's main task at this stage is tobring the current projects to implementation stage.

"We see such agreements as one of the measures aimed at carrying out orders by the president, prime minister, governor and vice-governor Albin. This is about attracting investments in the heat power industry and promotion of innovative activities - and we hope that the current agreement will give new momentum to creating startups and instigating projects. We have a serious concern for energy-efficiency - not only from the financial point of view, but power industry as a whole" comments Igor Fedorov, head of "TEK of St. Petersburg".

According to Andrey Rudskoi, Rector of St. Petersburg Polytechnic University, creating a team that will do work on forecast, research, emergency prevention and increasing efficiency of the city's heat power industry was a very important decision. Signing of the agreement

"In essence, today we create a smart system that will combine the competencies all of its participants possess: this includes robotics and our university’s vast experience in cutting-edge manufacturing technologies - so that we can forecast and simulate processes that are present in all of the city's networks. This includes both optical and physical examination. I am sure that this project is a promising one. Our task is to use all of our intelligence and knowledge for this project, and the city has to help with funding", shares Andrey Rudskoi.

When speaking to journalists, Igor Fedorov stressed that the process of transferring heat energy is financially un-profitable, so now, searching for new ways to optimize it is most relevant. This is why loss reduction and emergency prevention is the top priority goal. To reach it, new means for testing heat networks are essential, so as to define the weak points. Another idea is to improve the systems that monitor the quality of water, and even create a service that will allow citizens to check it online.