Recently, ITMO University ran tests of the new pharmacy refrigerator developed by the Italian company CAREL. As a result, ITMO researchers suggested a number of changes to the device’s settings so that it works more quietly and becomes more efficient. ITMO.NEWS spoke to the scientists and manufacturers to learn how to test refrigerators, and how pharmacy refrigerators differ from typical ones. 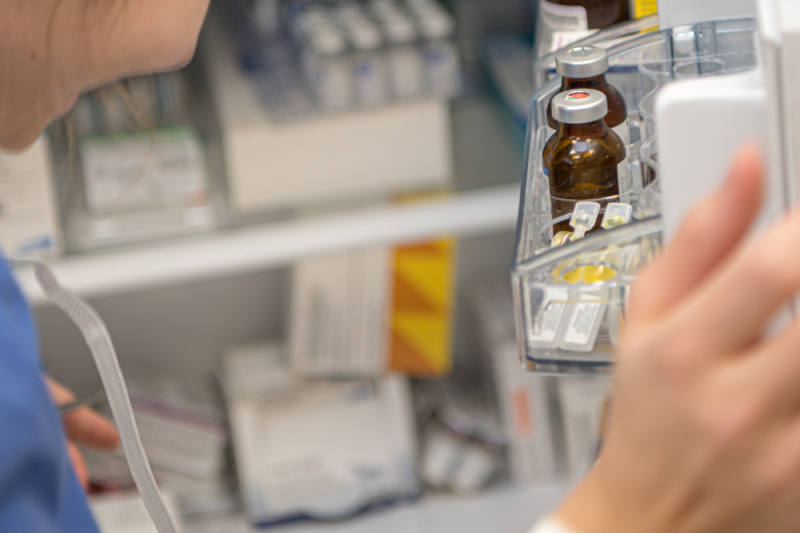 The modern pharmaceutical industry is a rapidly advancing field – scientists keep developing more and more complex medications, vaccines and preventive treatments. A lot of these products are difficult to produce, they are synthesized under specific temperatures and thus must be transported and stored carefully. All of these steps, however, can be negated if the tube with the treatments is placed in a broken refrigerator at a pharmacy or a hospital.

CAREL, an Italian company specializing in refrigeration equipment has designed a solution that helps to gain better control of the temperature at which medications are stored. Professionals from CAREL suggested equipping a pharmacy refrigerator by Polair with a new cooling unit and the HEEZ automation system, created by CAREL INDUSTRIES S.p.A in collaboration with researchers from ITMO’s School of Biotechnology and Cryogenic Systems. The new refrigerator also boasts a new control system that allows healthcare professionals to constantly keep track of the storing temperature.

The new device works on R290 (propane) ozone-safe refrigerant and a frequency regulated compressor with an electronic expansion valve that helps to cut down on resources and a more precise temperature control. As a result, the refrigerator uses 2.5 times less energy.

“There’s a general policy in our company to collaborate with technical universities in every region that we operate in,” says Andrey Bruk, managing director at CAREL Russia. “Over 90% of professionals in our field graduated from the St. Petersburg State University of Refrigeration and Food Processing Technologies that merged with ITMO a couple of years ago, and that was why we turned to them to work on our system together and test it.”

How to test a refrigerator

At first glance, testing a fridge’s efficiency doesn’t seem very complicated – you just plug it in and see that it keeps the products inside cool. In all actuality, however, this process is much more complicated, especially in case of a pharmacy refrigerator which has to fulfill a number of requirements.

“For a pharmacy refrigerator, it’s important to maintain a specific distribution of temperature across its contents,” explains Andrey Nikitin, Dean of the Faculty of Cryogenic Engineering. “In a household refrigerator the temperature can vary significantly, by several degrees in different places of the chamber. It can be warmer on the upper shelf and colder on the lower one. It’s not crucial in food storage, but the vaccines and medical supplies need to be homogeneously cooled. Thus, there has to be a special system of air distribution.”

There is even a special state standard for fridge testing that regulates how the sensors are to be placed inside and how many there should be. Moreover, during the testing, packages with a special liquid are placed inside the fridge. They imitate the treatments and vaccines that are to be stored inside. The temperature inside these packages is also controlled for during testing.

A refrigerator’s compliance with the standards set is not, however, the only thing that needs to be checked. Other important characteristics are its energy efficiency and the amount of noise it produces, for if it is too loud it can badly affect the well-being of healthcare specialists working beside it. It’s no wonder that the tests took almost half a year of work with serious equipment used to examine any industrial refrigeration system, power unit and other appliances. It’s worth noting that ITMO University students took part in the testing, thus gaining experience of working with real-life devices and not models.

What the tests showed

The tests demonstrated that the updated pharmacy refrigerator fulfills the stated specifications. But there are always processes and qualities that could be improved or optimized. The researchers suggested a number of technical solutions to make the device more efficient and lower the level of noise it produces.

“Our recommendations mostly had to do with the settings,” comments Andrey Nikitin. “Setting the fan rotor speed in the air diffuser to provide a more precise temperature control. We established the optimal frequency that makes it possible to maintain a certain temperature across the whole inside of the device. After that, we noticed that a specific frequency correlated with outbursts in the level of noise. We suggested excluding such frequencies from the modes of compressor operation. Say, for example, there’s an outburst at 800 turns per second but there’s none at 790. Then, we can make the refrigerator work at 790 which will not affect the spread of temperature but will produce less noise ensuring the comfort of healthcare specialists.”

The company was satisfied with the work done by ITMO University specialists and updated the device in accordance with the recommendations.

“Our colleagues at ITMO did a great job which was reflected in their report. The measurements were conducted correctly and with certified equipment,” adds Andrey Bruk.

After the testing stage, the device goes into experimental service, so that both the company and its potential clients can make sure all the designed features function the way they should. Thus, CAREL sent two of the new refrigerators tested at ITMO to the North-Western Center of Evidence-Based Medicine.

“It’s a trial run. The center now has two test prototypes,” says Bruk. “After that, the Center will decide whether it is sensible to purchase more of these devices. They are all connected to the CAREL monitoring system starting to work in Russia for the first time.”

It’s not the last collaboration of CAREL and ITMO University. Next, the company is planning to test another refrigerator equipped with their system. This time, it will not be a pharmacy model, but a commercial one, such as can be seen at grocery stores.

“Supermarkets often have doorless fridges that store water and soft drinks – open front refrigerators,” expounds Bruk. “There’s only one company in Russia that produces them, and it decided to apply our cooling unit. The refrigerator itself is already sold in Poland, but the manufacturer would like to run more tests, so they are likely to send a prototype to ITMO by the start of summer. Another area for collaboration is in creating a team of programmers to develop our own controller programming environment. There’s a number of universities who can become our partners on this project, and ITMO is one of them.”

“Our collaboration with CAREL INDUSTRIES S.p.A. is a great example of a partnership with industry,” notes Igor Baranov, the head of ITMO’s School of Biotechnology and Cryogenic Systems. “Two years ago, we started it by organizing a joint scientific and technological seminar, and a lecture for students specializing in refrigeration equipment. As a result of this interaction of professionals of various levels, a number of projects were created that had to do both with improvement of already existing systems and development of new ones that will use natural cooling agents. This current project was an R&D ordered by the company’s representative in Russia. It was an interesting and relevant project because it ended during the pandemic – and we need a vaccine to fight the virus. We hope to continue our collaboration that is beneficial for both parties.”