The recent decision of the Ministry of Science and Higher Education of the Russian Federation to offer ITMO University free use of the vacant spaces at the Institute of Silicate Chemistry on Makarova Embankment has caused a lot of discussions. ITMO.NEWS spoke to Vladimir Vasilyev, ITMO’s Rector, to get to the bottom of the matter. 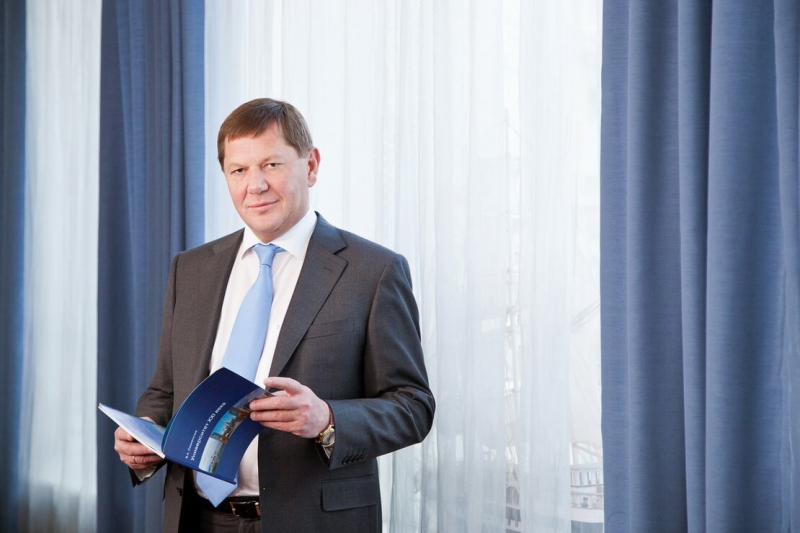 Dr. Vasilyev, could you tell us how the situation unfolded? Why did ITMO start looking for additional spaces?

As you might remember, a little less than a year ago, on February 16, 2019, one of our buildings on Lomonosova, 9 suffered a floor collapse. This accident affected our laboratories and lecture rooms, including those of ITMO’s ChemBio cluster; the affected area totaled at around 6,000 m². Thanks to our employees and students as well as the Ministry of Emergency Situations working together, we were able to save a significant part of the valuable lab equipment, which was later restored to its proper state. There was, however, a team of nearly 150 researchers that had no place to work in. The university started looking for opportunities to transfer some of the labs to other facilities. I am very grateful to our colleagues here in St. Petersburg, for instance, the Saint-Petersburg Pasteur Institute, for offering to accommodate some of the equipment in question and letting our researchers conduct their experiments, which included both government orders and international contracts.

At the same time, I contacted the head of the Institute of Silicate Chemistry personally to ask about the possibility of moving some of our equipment into the areas of the Institute which were then tenant-free. This particular choice had two reasons. First of all, we needed specialized facilities suited for doing research in chemistry — and, naturally, the Institute’s facilities fit this requirement. Secondly, the Institute is located close to ITMO’s buildings on Birzhevaya line. Research conducted in these buildings, especially in the field of nanotechnologies, overlaps with that of the ChemBio cluster, so we could hope for a certain synergistic effect of our research departments collaborating. Irina Kruchinina, the head of the Institute of Silicate Chemistry, had a meeting with Vladimir Vinogradov, a PhD in Chemistry and the head of ITMO’s ChemBio cluster, to discuss, which of the Institute’s facilities could be occupied by ITMO’s laboratories.

This happened in March 2019. According to our information and to that of the Ministry of Science and Higher Education, in April the Institute contacted the Ministry to ask for permission to rent a number of facilities on Makarova Embankment to some for-profit organizations. I would like to underline, that these were not research or educational organizations.

At the same time, ITMO University contacted the Ministry with an inquiry about the same building on Makarova Embankment and the possibility to move some of the university’s chemical laboratories to its facilities. The spaces in question were previously occupied by a restaurant and a gym — organizations that had nothing to do with science — meaning that certain restoration had to be done in order for them to follow the requirements of chemical research. According to the rules equal for any state educational facility, we are prohibited to invest in any property that doesn’t belong to the university; we would first have to appropriate it. The Ministry of Science and Higher Education, as our founder, has the legal right to transfer such facilities in its subordinate organizations that are not used for research or education under operational administrations of its other subordinates.

A special committee from the Ministry was sent to examine the facilities at the Institute of Silicate Chemistry over June and July 2019. I’ve seen some of the photos from that examination and I can state that the previous tenants left the space in a drastic condition. Nevertheless, ITMO University agreed to restore the facilities and bring them up to the required standard if it got the space under its operational administration.


Where are the researchers from the ChemBio cluster whose labs got affected during the accident located now?

Over the summer, we managed to find a number of ITMO’s own facilities and adapt them for chemical research. Unfortunately, the university was able to provide only around 1000 m² and there was no more space available. And as I’ve already said, part of our lab equipment is stored at other scientific organizations.

That is why a team of 150 young researchers is forced to work on only one-sixth of the space they used to have. The labs have to work in three shifts in order to fulfill all of the plans and contract obligations. Here I have to praise my colleagues for never failing to meet a contract deadline!

It’s important to note that some of the facilities on Makarova Embankment already serve as a base for a number of scientific organizations such as the Institute of Macromolecular Compounds, the Institute of Precambrian Geology and Geochronology and V.V. Dokuchaev Central Museum of Soil. ITMO’s Museum of Optics is already planning to collaborate with the latter. Thus, the Ministry’s decision to offer the facilities that used to be rented to commercial organizations under ITMO’s operational administration doesn’t seem unprecedented.

Does ITMO plan to collaborate with the Institute of Silicate Chemistry?

Yes, Vladimir Vinogradov, the head of the ChemBio cluster, had already started negotiations with the Institute’s administration in March last year. Over the summer, ITMO University came up with a plan, which included a number of research areas that both organizations could collaborate on, however, we are yet to receive feedback from the Institute.

Our colleagues from the Institute are spreading rumors that ITMO is planning to take over the whole building and use it as a base for a world-class chemistry center excluding the Institute’s employees. We have to understand that such research centers are created on a competitive basis within the framework of the “Science” national project. Naturally, ITMO University will take part in the competition, if there is one where the leading skills of our researchers would play to our advantage. I want to stress once again that we are open to any collaboration, which meets international quality standards.

How can the Institute benefit from this newly established proximity to ITMO?

First of all, it will improve the quality of research conducted at the Institute. ITMO University is a national research university, which makes it a scientific organization of the first category, while the Institute only has the second.

Secondly, it will attract young people to the Institute’s research projects. The average age of our ChemBio cluster researchers is 29. The university sees research conducted by young scientists as an opportunity to rejuvenate the Institute as well as open new opportunities.

I will say it one more time: ITMO University is open for collaboration with the Institute and other interested parties as long as this collaboration is beneficial for every participant. And these are not empty words — just look at the number of articles that we publish in collaboration with other organizations, including those from the Russian Academy of Sciences. We stand for an open system, for creating a science park that will include not only ITMO and the Institute but many other organizations. A system, which would educate our younger colleagues by giving them an opportunity to take part in cutting edge research in the fields specified by the participants of the system.


It’s hard not to smile at the comments from the Institute’s employees which we read online these days. We believe it is more important to discuss the quality of research — this and not square meters should be our primary concern.

After all, we cannot measure science in square meters. We have to effectively manage the resources that we have, our employees, our labs — and yes, the spaces that we have also matter, but they come second. We use what the state provides us with to achieve the goals set in the national projects and within the many federal programs. The mentality of merely keeping the facilities provided by the state to use as one desires has to be left in the past.