At the laboratory, company’s staff and ITMO students can do research, testing, and assemble components and equipment. ITMO.NEWS spoke with the company’s founder and CEO Nikita Burov and the head of its engineering team Egor Serduk about its capabilities, results, and plans for the future. 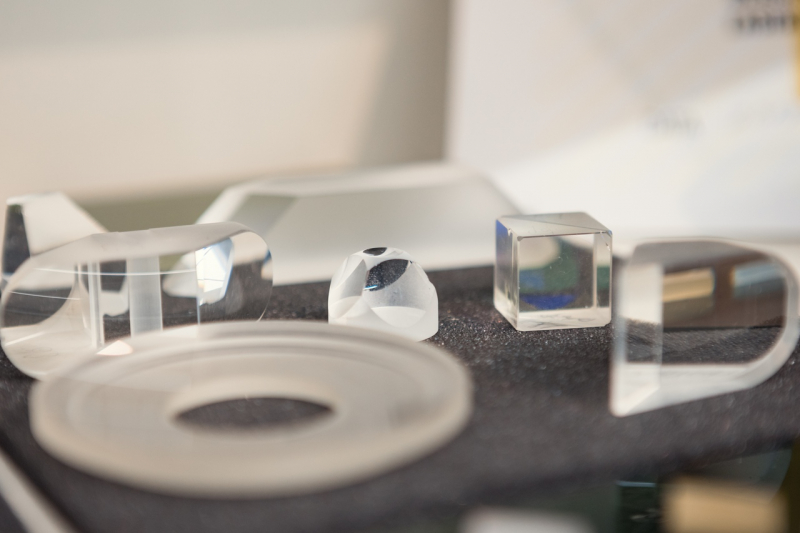 From distribution to manufacturing

LLS was founded in 2016 as a certified supplier of laser and optical equipment. The company is an exclusive representative of several leading international manufacturers of optical, laser and photon technologies in Russia, including the Swiss ID Quantique (IDQ) company that produces single photon detectors, one of the key elements in quantum communications, Korean Wooriro that produces PIN photodiodes as components for detecting single photons, Chinese LightComm, a company that produces fiber-optical components, and some others.

From its very foundation, the company’s activities had a lot to do with laboratories and universities: one of its early completed projects was supply of equipment for ITMO’s Laboratory of Quantum Informatics. As of now, LLS work with practically every educational establishment that are related to optical and photon technologies in one way or another, as well as research teams that focus on quantum cryptography and quantum communications at ITMO, Skolkovo, Russian Quantum Center, Kazan Quantum Center, Moscow State University, National University of Science and Technology MISiS, Infotecs, and more.

Today, the company also places a major focus on manufacturing of its own, as well as bringing Russian inventions to the international market. Last year, they collaborated with the Russian Federal Nuclear Center — All-russian Research Institute Of Experimental Physics, which is part of Rosatom State Corporation on creating a high-power fiber laser with high beam quality.

“We are currently working on a product line of lasers with increasing power, and next year, we’ll be presenting batch-produced lasers with high beam quality and power of over 1,500 kW. As of today, no foreign company ships such systems to Russia; in fact, that will become a unique product. Systems like that are used for many purposes, including additive 3d-printing technologies, as well as laser welding and thermal hardening systems,” says the company’s CEO Nikita Burov.

Apart from major institutions like Rosatom, LLS stays in contact with smaller enterprises and research laboratories, investing in R&D projects and offering the spaces of their laboratory and production site for project work.

The launching of their own lab was a natural step in the company’s development — here, LLS’s staff and ITMO students can do research and experiments, take internships and work with hi-tech equipment.

“Our company has the biggest engineering division in comparison with other distributors. We have specialists in various fields, and each of them delves deep in their topic, some combine work at our company with research activities,” explains the head of LLS’s engineering team Egor Serduk. “Having developed our competencies, we’ve also started to offer our customers help with training their personnel to work with our equipment and choosing solutions for special purposes and unconventional tasks. At the lab, our customers can take a look at how measurement equipment or equipment for welding fibers work, see its interface, try solving their tasks on this equipment and make sure that it fits them. In the future, we also have plans for developing an accreditation center, as well.”

The lab has modern welding units for working with fibers in a polarized state and welding fibers of less than 400 µm, as well as cleavers, interferometers, oscilloscopes, optical power measurement devices and other essential equipment. The company’s team is also getting ready an area for laser processing of materials for testing technologies of laser cutting, laser welding, thermal strengthening and laser marking on various materials and with use of various emission sources.

Working with students is an important aspect of the company’s activities. Being a resident of Technopark, LLS maintains close relations with ITMO University: more than half of its staff, including its founder, are the university’s graduates, and they actively participate in both the educational process and research.

“We conduct various types of research at our laboratory, scientific research included. We have advanced technological equipment that many universities cannot afford. ITMO faculty often come to us. Last year, we also worked with students: they took internships here and worked on Master’s theses. On the whole, we are interested in doing joint R&D projects,” adds Nikita Burov.

Other than that, LLS conducts educational activities of its own as a partner of the Quantorium federal network of children’s technoparks and the Photonics polytechnical school in Perm. In the near future, the company plans to develop this field of activities and start creating special educational kits. According to Egor Serduk, such kits are currently made by many manufacturers. In essence, they are a set of components that can be used to create some system, for example a communication line, and conduct an experiment without the need for complex equipment. As of now, the company is finalizing the documentation and teaching aids for the kits; in the future, they will be used for teaching students at ITMO and other universities.