BizCycle, an international three-year-long project, is being developed together with Finnish partners. The BizCycle team held a meeting with representatives of small and mid-sized businesses and shared current outcomes of the project. 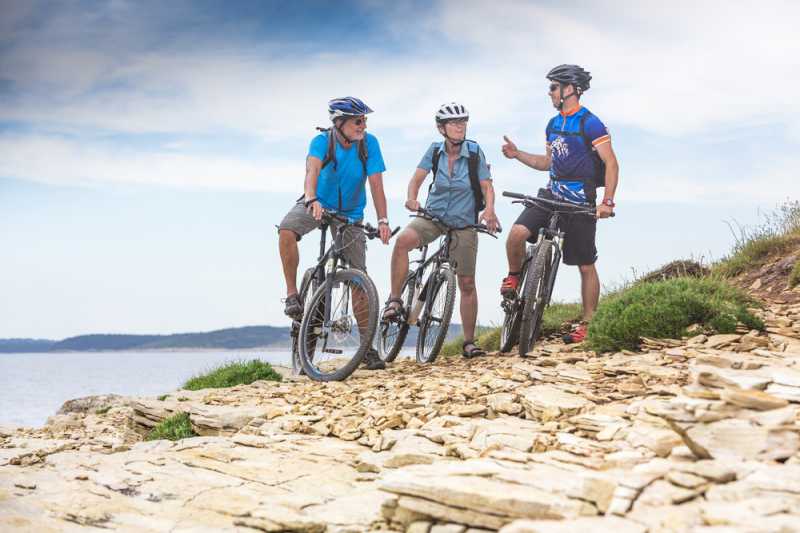 Development of bike-based tourism in Leningrad Oblast and Kotka-Hamina region was the main topic of discussion at the meeting. The participants also talked about creation of a small and mid-sized business association in the fields of hospitality and B2C tourism. The BizCycle team explained the concept of their project and shared preliminary results.

The BizCycle project is being developed by ITMO University together with Finnish companies Cursor Oy and FRUCT Oy, as well as with the Leningrad region Information Tourist Center as part of the South-East Finland – Russia 2014-2020 Cross-Border Cooperation (CBC) Program. You can find out more about this program in this ITMO.NEWS article). The BizCycle project started in 2018 and in 2019 it received the Good Communication Award recognizing the level of communication among team members and with the target audience.

Overall, the project will last three years. Its main goal is development of a bike- and eco-friendly environment in the border regions of Leningrad Oblast and South-Eastern Finland. It means creation of unique bike routes, collaboration of entrepreneurs in the fields of tourism and hospitality, as well as development of informational resources, such as an info website for tourists and a mobile app. According to organizers, by the end of the project there will be an association that would bring together bike-based tourism lovers and entrepreneurs from both countries. They will continue to work on this common goal after the project is completed.

“Right now we are taking stock of the second stage of our project. At the next (and final) stage we will test our solutions and routes. For example, we will arrange bike rides, including cross-border ones, once it will become possible. We also plan to create an association of our partners and business owners from both Russia and Finland, as well as cycling fans. They will continue to work on our common goals in the future and provide extra funding for the project,” says Dmitry Muromtsev, the head of the BizCycle project and the International Research Laboratory “Intelligent Information Processing Methods and Semantic Technologies”.

The partners’ meeting was held in order to establish business relations between entrepreneurs that work in the area of bike routes and can cater to tourists. It brought together experts, activists, entrepreneurs, and government representatives. The meeting was opened by Olga Golubeva, vice-chairperson of the Committee of Leningrad Oblast for Tourism. She emphasized that Leningrad Oblast is becoming more and more popular among tourists particularly in 2020. At the same time, active and nature-oriented tourism is a current trend. That’s why projects like BizCycle are highly relevant.

Raitis Sijats, the president of the European Cultural Tourism Network (ECTN) and a coordinator of the Iron Curtain bike route in Latvia, have shared the results of ten-year-long work on creating such routes and discussed how it benefits and influences tourism, business, and administration.

Ilya Gurevich, the honorary president of the VeloPiter club and the head of the VeloPiter company, discussed his vision of bike-based tourism development and strategies for bike tours promotion and organization. Sergey Danilov, a specialist of the non-commercial partnership “Losevsky kurort”, talked about bike routes in Priozersky region, and Oleg Likhovidov, chief of staff’s assistant at the Municipal Union “Vyborg District” of Leningrad region and a member of the Velo 47 team, discussed bike-based tourism promotion in Vyborg region.

One of the key outcomes of the second stage of BizCycle is creation of three bike routes in Leningrad Oblast. They are named Historical, Ecological, and Seaside, and were tested this summer and autumn.

The routes will be connected with bike routes in Kotka-Hamina region (South-Eastern Finland) that were developed by Finnish partners last year. Leningrad Oblast routes are quite long – from 150 to 200 km – and are meant for many days of traveling. During the trip, the tourists will be able to use services provided by small and mid-sized businesses. They can rest at hotels, campsites, and glamping sites, have meals, go to the shops, use repair and rental services, visit private museums, and so on. However, the creators emphasize that the tourists will be only able to follow some parts of the routes and visit only selected attractions.

The Historical route lies between Vyborg and Priozersk. It includes a medieval castle in Vyborg, Korela fortress in Priozersk, as well as military defence lines, abandoned churches, railways, and Finnish khutors.

The Seaside route takes place along the Gulf of Finland. It starts at Torfyanovka near the Russian-Finnish border and ends at Privetninskoye village. Along the way, the tourists will be able to visit Vyborg, Primorsk, and Vysotsk, as well as St. Mary’s Church, Fort Ino, Zholtaya Bukhta (Yellow Bay), and Stirsudden lighthouse.

The Ecological route begins in St. Petersburg near Shuvalovsky park and ends in Vladimirovka village on the coast of Lake Ladoga. It includes a crossing to the Konevets island.

All ready-to-use routes are available on CycleAdvisor, a service developed by ITMO University and FRUCT Oy. As of now, the website works in test mode and its content is in progress, but you can already use it and add more information.

The website and its app version include not only bike routes but also a list of the most interesting historical, cultural, and natural objects in Leningrad Oblast and Kotka-Hamina region, as well as of infrastructural objects, such as hotels, hostels, restaurants, cafes, repair and rental services, and so on. The business owners will be able to add information, including prices and pictures, themselves.

“This project is meant for tourists and owners of small businesses. Something like TripAdvisor but with an emphasis on bike-based tourism. The entrepreneurs will present their services and tourists will be able to learn about them. At the same time, the tourists can customize their routes according to their budget and preferences. We are still in the process of content creation: we look for partners and hold meetings, so that business owners can learn about us and take part. They can add the information about their venues, including price lists and pictures,” explains Olga Dosujeva, the coordinator of Bizcycle, and employee of ITMO University’s Faculty of Software Engineering and Computer Systems.

There are two teams working on the app: FRUCT Oy, a Finnish company, is responsible for the mobile platform and its engine, while extra services and content are taken care of by ITMO University. ITMO University’s team is mostly composed of employees from the Faculty of Software Engineering and Computer Systems and the International Research Laboratory “Intelligent Information Processing Methods and Semantic Technologies”. However, the creators would like to emphasize that it’s a university project and any student or employee can take part in it – there is a place for everyone.