How to Launch an IT Startup

According to a VK Business survey conducted in 2019, almost two-thirds of Russians would like to open a business. At the same time, more than half of the respondents were sure that it’s not an easy thing to do. It makes sense, as 64% of Russian startuppers have a negative experience in business, according to research by the Startup Barometer company held in 2018. However, an aspiring entrepreneur is more likely to succeed if they know what a business project is and how to approach it. That’s why ITMO.NEWS together with ITMO’s Technopark and ITMO Accelerator have compiled some advice on what prospective entrepreneurs should keep in mind. 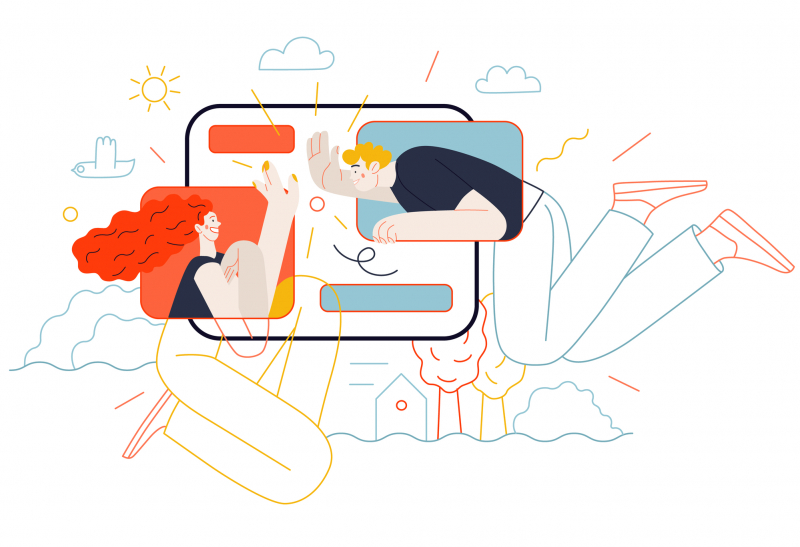 Each successful company has a unique story behind it. However, most entrepreneurs have taken some common steps to make their dream come true. IT startups are no exception.

All companies started with an idea that was improved and worked on and for that, you need a team. So you need to hire employees – at the first stage, a couple of co-founders might be enough but the bigger the company, the more staff is required.

Once the team is formed and you start working on preliminary iterations of your idea, you should look for potential clients who can not only support you through presales but also provide feedback.

Then, you need to finalize your idea and produce a minimum viable product or an MVP to present it to potential partners. In this article, we will discuss all these stages.

Where to look for ideas

Many aspiring entrepreneurs find it hard to come up with an idea: it seems like everything has already been done but it’s not true. All you need is to take a look around and you’ll notice this too. Basically every area has a problem to be solved, in particular, with the help of IT. Apps that help disabled people create artworks, a platform for teaching university applicants physics, etc. The bigger the problem, the more widespread it is – the larger the business that you can create.

If you can’t find such an issue, it’s not a reason to give up. Try researching: read magazines, browse websites, and look for info on current startups all over the world. They might lead you to your own idea. Or perhaps you’ll find a way to adapt an international app for the Russian market.

You should also constantly talk to people and ask them about the kind of challenges they face. Maybe you have a friend working as an illustrator and they dream about smart glasses that will help them do sketches using voice recognition or a relative who’s into construction and wonders why there’s no Uber for construction cranes.

After all, maybe there’s a problem to be solved in your field of studies or work, be that logistics, finances, or marketing. It means that it’s time to act on it.

“Our team has been engaged in the development of an EdTech product featuring the Internet of Things,” says Vitaly Chashchin, founder of the VAIS project. “This was a completely new field for us but the team got into it quite quickly and we have created a platform on a multiagent system, which previously hadn’t been on the market. In the course of our work, we constantly contacted our clients and partners, and at some point realized that our approach can also be applied to modeling and automation of business processes. So we have switched from EdTech to business process automation using the same technology, and that’s how VAIS was born. Even though the industries are completely different, we realized that our approach suits them both.”

At the first stage, it’s important who your co-founder is. Ideally, you should complement each other: for example, one is good in running a business, and the other one – in technologies. It makes success more likely.

However, the further you develop, the more important it is to find new specialists. Otherwise, any force majeure will be catastrophic.

It’s easier to look for new team members when you’re a student: just consider your classmates. Even if they aren’t fully qualified now, they improve their skills simply by continuing their studies. That’s why it’s important to look for people with a thirst for knowledge and growth.

“I’m always on the lookout for nice, reasonable people, and I give them a chance to grow. This always works. Maybe I understand people well or I’m just lucky but either way, this skill and experience of recognizing good people is something to work on. Tasks and roles should be distributed taking into consideration people’s personalities – not only hard skills but also soft skills. That’s the only way to reach great results and achieve your goals,” says Alexey Solomatin, head of ITMO Accelerator.

Once the team is formed, it’s important to build relationships inside it and come up with a certain internal concept for the future company. This might help avoid many problems and misunderstandings in the future.

Some people prefer to establish a strict hierarchy right from the start. Such startup founders follow the steps of tough bosses who demand the most both from themselves and the people around them. However, keep in mind that not every person would like to work in such conditions.

Other companies aspire to create a horizontal system where programmers are aware of what’s happening in the sales department and salespeople are aware of the technical challenges and solutions.

“When I worked at an animation studio, there were some specialists with a pretty strict kind of management,” says Kristina Fedorova, CEO at MeowLanguage AR. “Regular employees weren’t allowed to share their suggestions. Moreover, we didn’t see all the rendering of a cartoon we worked on. Now, in my own startup, we discuss everything together and generate new ideas for the project. This diverse outlook helps us keep growing.”

From a prototype to the product

An IT startup can grow quicker than industrial companies, even though each case is unique. Sometimes people come up with a product that is ahead of its time.

Going from an idea to the prototype shouldn’t be a process hidden behind the curtains. There’s no need to be a perfectionist and only present the final product to the public. Most likely, there will be problems that you haven’t foreseen. So instead, show each new version of the product to potential users and clients. You can start with your friends and acquaintances and then scale this circle up. Once the basic idea is tested, work on an MVP. It should contain all the essential parts of the future product: interface, as well as back- and front-end code but it shouldn’t be the very final version.

“Our main philosophy is – move quickly towards the product that is demanded on the market, create it, and start sales as quickly as possible. If there are sales, then there’s a demand. If there is money, there is time to make and correct your mistakes. Don’t focus on the product for too long, strive to start sales of the MVP. In its turn, an MVP shouldn’t be too complex and functional, it should only solve your clients’ problem. But it also shouldn’t be too raw,” says Alexey Solomatin.

Once the MVP is ready, show it to potential clients, too. You might need several prototypes instead of just one – there’s nothing wrong with it. If you communicate with potential clients a lot and make conclusions on what problems to solve, you will avoid many mistakes.

One of the best ways to avoid common mistakes is to take part in an accelerator or preaccelerator program, such as the ones established by ITMO University’s Technopark. There, you can meet other startuppers, form a team, receive feedback and advice on how to find investors, and apply for grants.