ITMO Accelerator: New Formats and How to Participate

For three years now, ITMO University’s entrepreneurship and innovation infrastructure includes a business accelerator. This is a model of early-stage support for businesses created by ITMO students which implies intensive development of a project in the shortest period of time possible. Starting from the new academic year, the accelerator has changed its structure and expanded on the formats of its interaction with the students. It can now offer its services to those who don’t yet have a clear-cut idea for their project. The accelerator staff note that the new programs give all participants the opportunity to fast-track their way to new practical knowledge and skills. Applications are already open. ITMO.NEWS have spoken to Alexey Solomatin, the new head of the accelerator, ITMO University alum and top manager at the international company ThingLink, to find out more about the revamped business program. 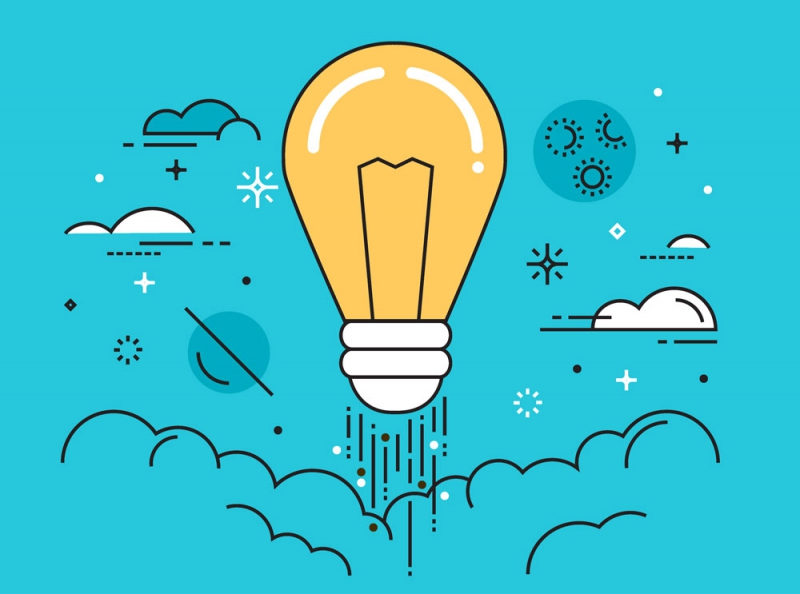 Accelerators are support programs for young startups. As a general rule, they include educational components such as workshops by successful entrepreneurs, as well as mentorship, networking support and initial investments. Most often, accelerators are run by experienced business investors wishing to help promising projects make their way to the market.

ITMO University launched its own business accelerator three years ago. In this period of time, it has helped some 80 startups launched by ITMO students, about 20 of which have since entered the market with commercialized products. This year, the accelerator is changing its format and, according to plans, will help more than 100 startups by the end of 2019, consequently continuing to work with some of them at a higher level in the future. And this is only part of what’s to come.

The changes were ushered in with the appointment of the unit’s new head, Alexey Solomatin. One of the accelerator’s founders, he was previously only involved in remote project mentoring. In 2014, Alexey graduated from ITMO University’s PhD program at the Department of Safe Information Technologies, having assembled the university’s first team for the CTF hacking competitions and engaged in IT entrepreneurship during his studies. At the moment, he continues to develop the company ThingLink, which pursues the creation of interactive media, providing users with the opportunity to interact with items in videos during the viewing to obtain more information about the subject matter. The company’s headquarters are located in Palo Alto in Silicon Valley, and it also has other offices in Helsinki and St. Petersburg on the basis of ITMO University Technopark.

Since 2011, Alexey and his colleagues have been actively participating in the development of entrepreneurship at ITMO University. Back then, the crux of activities were hosted on the basis of the interuniversity business incubator QD; now, they are continuing to develop the overall ecosystem by partaking in events, giving presentations and attracting their own international contacts. For example, in 2012, the group organized a large-scale tour of major American universities (Harvard University, MIT, Stanford University) for the staff of the Faculty of Technological Management and Innovations, which led to the launch of joint scientific and other projects. Alexey Solomatin shares that he organizes trips and events like this one because he’s interested in helping others and pursuing a venture capitalist career in the future.

“The key piece of advice I can give to beginning startupers is to never give up. This is perhaps what everyone says, but it really is true. I’ve noticed that even if you’ve come up with something, it’s very probable that someone on the other side of the world woke up to the same idea and they’ve already started working on it. It’s always like this. No idea is unique: someone is developing the same thing in some way or another. In this situation, the only right course of action we’re left with is just work. The whole entrepreneurship process boils down to developing the original idea and entering the market with something that is different from what you had initially. If you don’t talk to people around you, your idea does not evolve. It is very important to communicate with other people, get their feedback and try to bring your plans to life. This path won’t be smooth, but you will come to some result if you persist The main thing is not to give up and continue working.”

How the new accelerator will work

Starting from now, the accelerator will work in three formats which start one after another.

The first one is called pre-accelerator. It is aimed at students who already have a startup idea, or don’t have one but have a desire to pursue their own project, or have some version of their future product but don’t know how to sell it. The program will consist of three main components: an educational track with homework related to the development of a participant’s project (held online), workshops on the basis of ITMO Technopark, and collaborative work with trackers, or personal mentors and tutors who will monitor, help and guide your project on a weekly basis. Stepping in as mentors will be specialists with substantial business experience and expertise, who will join the strongest projects as soon as a month after the start of the program.

Each of these elements serves its own purpose. The online part will take only 20 minutes to complete, allowing you to explore and master the practical aspects that will help you find a common language with the representatives of the business community. The key goal of the workshops is to immerse participants in specialized topics and enable them to hone the skills and knowledge they’ve already acquired. In their turn, the personal mentors will guide you forward the entrepreneurship path. Applications to participate in the pre-accelerator are accepted until September 25 on the official website of the program (in Russian).

The second format of the accelerator is the provision of training in marketing and sales. This program is intended for those who have already completed the pre-accelerator program, understood the business component of the process (what to sell to whom) and come up with a certain version of their product. At this stage, they enter the accelerator program, with its specialists providing help in the development of marketing and sales strategies.

Alexey Solomatin notes that while before the accelerator used to cooperate with those who already had their projects, now it’s open to everyone wishing to partake in its programs. Participants without an already-formed idea will either think up of their own project in a week’s time, or join an already existing project.

“Entrepreneurship cannot be taught,” says Alexey. “You have to try it, do it, act on it. If people don’t have a training ground on which to test-drive their ideas, they won’t learn anything. They’ll listen to a theoretical course, which will allow them to gain some knowledge that will come in handy even if they won’t end up as entrepreneurs and go on to work, say, at Gazprom; such leadership skills are needed in any profession. Good initiative, the ability to take and bear responsibility, as well as the experience of implementing one’s own projects are always appreciated in major companies.”

How the accelerator plans to cooperate with scientists

At the end of October, the revamped ITMO Accelerator plans to launch its third work format, turbo accelerator. It will be oriented at ITMO University’s research staff: professors and PhD students. The accelerator specialists plan to find three to five interesting technologies created within the university’s laboratories, and then conduct a market analysis to identify which products can these technologies give rise to. This stage will be followed by that of creation of companies with invitation of external participants: tech specialists who will be able to develop the end product, as well as support and advance it.

The authorship of the technologies will remain with those who developed them; they will also receive a share in newly created companies. An external CEO with experience in a company’s field will also be invited. Most likely, it will be a person from abroad as it’s easier to attract funding for such projects there, especially if the person involved already has relevant contacts in the venture capital industry. The university will also receive a share in the projects. According to Alexey, this format is fundamentally new for Russia.

“We can commercialize the university’s developments by way of launching relevant startups, but not with the help of scientific staff who’ll have to be trained to become entrepreneurs. This is often a thankless task, because scientists simply don’t want to be entrepreneurs. This is understandable: everyone has their own interests. At our accelerator, we’re not trying to retrain anyone and force them to do what they do not want. Faced with a natural barrier, we do not try to break it, but rather find a way around and think of an alternative approach. If people are truly motivated, they’ll understand that a team is needed to introduce a product to the market. Going your own way is very difficult. Here, you either rest on your oars burying your inventions in the drawer, or you really try to be active and participate in the development process, say, in the capacity of a company’s technical director, which is also very good and will bring you money.”

The ITMO Accelerator team plans to identify three promising projects and work with them in the abovementioned format by the end of 2019. The admission process hasn’t started in proper yet, but you can already submit your technology proposals to the official email, innovation@itmo.ru, or website of the accelerator.

Where else to learn about entrepreneurship and gain relevant experience

In the near future, ITMO Accelerator also plans to launch an Entrepreneurs’ Club at the university. This will be the place where students could meet and discuss their startup successes and failures. As promised by Alexey Solomatin, being part of this community will allow you to hone your knowledge and skills and constantly learn something new. News of the first meeting are to appear very soon on the ITMO.NEWS website.