Laeneco Founder Ilya Skorobogatov: How to Take the Japanese Market by Storm

This February, the team behind the telemedical healthcare startup Laeneco won a pitch session organized by ITMO University’s Technopark together with Japanese business experts. This victory gave them the opportunity to bring their hi-tech device for monitoring lung conditions to Fukuoka (Japan), where they participated in the prestigious WARAKU SUMMIT. The project has already made its entrance on the Japanese market, having received the backing of the country’s government. ITMO.NEWS met with Laeneco’s founder Ilya Skorobogatov to find out why the Land of the Rising Sun is so receptive to telemedical services and why launching on the Japanese market is often much easier than doing the same in Europe or the US. 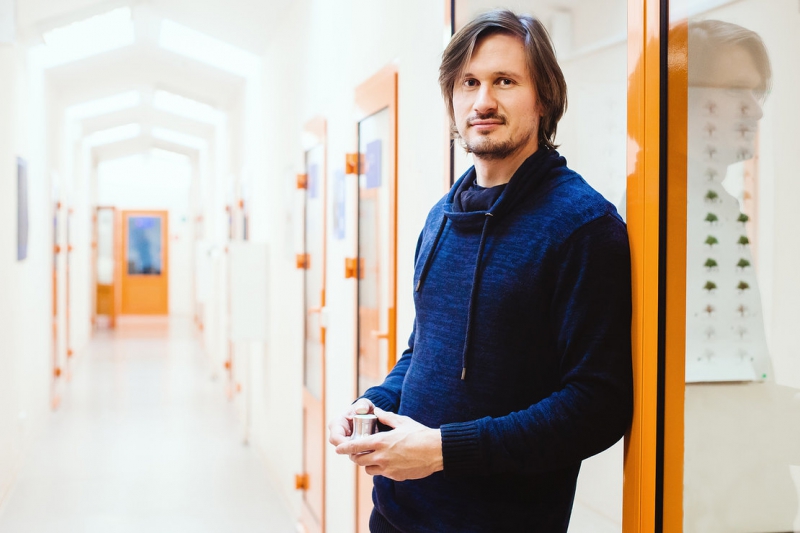 What were your expectations for the trip?

I was the only Laeneco team member at the summit. Leaving for Fukuoka, I was looking forward to meeting representatives from the city government and the business community. I also counted on establishing contacts with the international accelerators participating in the event, but these were no specific plans. I couldn’t even imagine how this trip would pan out and what would it mean for our project. Our hosts covered all expenses, so it wasn’t as though I was risking something.

Who did you get to meet? Which accelerators and countries were represented at the summit?

There were lots of interesting meetings with international accelerators, of which there were many. The one that impressed the most was the French accelerator Bordeaux Technowest. Its representatives told me that they’re ready to work with Laeneco on a one-on-one basis and support us with their state-of-the-art infrastructure. Innovative healthcare is a buzzing field in France, so promising startups like ours perfectly tap into the general trend. Another important partnership we have in the offing is with the Japanese accelerator DeepCore, which also operates as a fund that provides startups with financial support. One of their current residents, Medmain, is a young medicine-oriented business which in this respect is very similar to ours, they coined a device that analyzes X-ray scans, searches for pathologies and processes this data for doctors. One of Japan’s most acute societal challenges is the rapidly increasing share of elderly population, and there’s simply not enough medical professionals that could cater to them. Many of the elderly Japanese live in remote areas, which adds to the problem. Although the country has a well-developed healthcare system, it is severely understaffed. That’s why the government has high hopes for telemedical services: they need a way to monitor people’s health remotely.

This year’s summit featured leading accelerators from five countries: South Korea, France, New Zealand, Estonia, and Russia (the latter was represented by ITMO’s Future Technologies and business incubator Ingria). The summit organizers aim to create a global network of accelerators to give startups the opportunity to develop in their natural habitat. I think that this is Japan’s way of catching up with other countries’ technological successes: they can’t boast to have lots of innovative startups, and the few that exist use outdated technologies which have already made a hit in the West and proved their effectiveness. Telemedicine is one of the most underdeveloped spheres here: there isn’t a single project that is already up-and-running, all initiatives come from the startup realm, and that’s why the market is so welcoming to new teams. They were really happy to accommodate Laeneco; at the moment, we’re actively negotiating with the Japanese side to make it possible for them to start testing our product post-haste.

Apart from building bridges with the world’s leading accelerators, you’ve also met the mayor of Fukuoka and got the green light from the Japanese government to launch your technology on the country’s market. Can you tell us more about that?

As part of the summit, we participated in three meetings with  the mayor of Fukuoka: the first was an official introduction, and he immediately took to our project and gave us the contacts of a couple of important members of his office, which was extremely useful for us and we’ve been communicating ever since. The city council staff got in touch with the Japanese government, which expressed an interest in our technology and asked for it to be implemented in the national healthcare system. It soon will be: now we’re at the stage of dealing with administrative issues and have planned the first despatch of our devices on January next year.

What will be your next steps?

We’ll send our Japanese partners a couple of samples which they’ll then test to draw up their own business model. They are now working with a bespoke app we’ve created that allows for a stable and effective doctor-patient interaction. The app is set up at a patient’s home device and doctors can monitor their well-being not only by asking them questions, but also analyzing some health indicators which the device will help to obtain. The main issue for us at this point is to ensure that our device will be a natural fit for the existing system: the solution lies in the field of software, so we have to think up something. What also made the Japanese jump at our product is its more-than-modest price: 179 USD per device. For Japan, that’s a very attractive price tag.

It’s important to note that the Japanese want to distribute the device among medical staff and specially trained volunteers, who, according to their plan, will go door to door, measure people’s medical data and report it to data collection centers. We were advocating for at-home use, but it’s not the end of the world if our partners have a different vision.

What will happen after the device is integrated into the Japanese healthcare system?

We’ll sign a contract for exports and deliver our products cyclically and in bulk. As of now, our manufacturing process is based in the Russian city of Izhevsk, but we plan on relocating it to China, where we’ll have support of the Japanese government. We’re also aware that we’ll have to have our project certified, but Japanese officials are ready to help us with that as well. They’ve developed a separate certification track for Laeneco to make the process go smoother. This is very reassuring because in other countries, in Russia or Europe for example, certification is a very long, costly, and problematic affair. The European and American investors we’ve approached all unanimously say that yes, your product’s great, but why don’t you test it at home first and then we’ll talk. The support we get in Japan is unparalleled, and that’s why I consider it as our top-priority market, more so than Russia, because with the immense help we get there, we’ll be able to launch much, much faster.

From your experience, what makes the Japanese market and technology consumption different from that of other countries?

The Japanese aim to attract startups from the outside: the amount of home-grown projects there is next to nothing, and they are really lagging behind technology-wise, however incredible that might sound. Sure, they have detectors everywhere, their toilets are robotized and can ever talk with you, all is thought-out to a T, but these technologies are more than 20 years old and will soon be obsolete. The Japanese have nailed the implementation aspect, but the innovation part is still on the back burner. All new solutions are imported from abroad, and the few they invented themselves have acquired a totem-like status: they practically worship them because of their strong sense of community. When startup teams at the summit evaluated other teams, we got the most praises but the least of points. The Japanese are obsessed with supporting locally created products, but they still can discern a promising foreign project and are very open to hi-tech businesses who want to sell in Japan.

What are your plans for the long haul?

In January of next year, we’ll be unveiling a new generation of our devices. Before selling our first big batch, we’ve run some checks and discovered some glitches in sound recording. Apart from addressing this problem, the new version of our product will come with a smart detector which will give users a heads-up if they aren’t using the device correctly. We’ve also amped up the software responsible for accurate data transfer. We used to do it with a third-party Bluetooth solution, but it was prone to preprocessing information and cutting out crucial data, which we fixed. We informed our Japanese partners that we had to make some improvements to our products, after which we’ll be fully prepared to supply them to the market. They’ve already made arrangements with medical universities who will use the devices in their work and on real patients.

What is the funding for the project?

As of now, the project’s feeding off the grant provided by the Bortnik Foundation. We’ve also talked it over with the Japanese accelerator DeepCore: its representatives are also willing to invest in Laeneco. It’s all the more valuable given that apart from giving us financial support, they’ll also contribute to our development. They also have contacts on the European and American markets.

Attention, aspiring startupers; on October 24, the Helsinki Center is hosting its second Business Academy, which is to include a high-stake pitch session for startups. Best projects will be flown to Slush 2018, the largest startup event in Northern Europe, and get development guidance from a leading business hub NewCo Helsinki. Don’t miss out! More on this here.